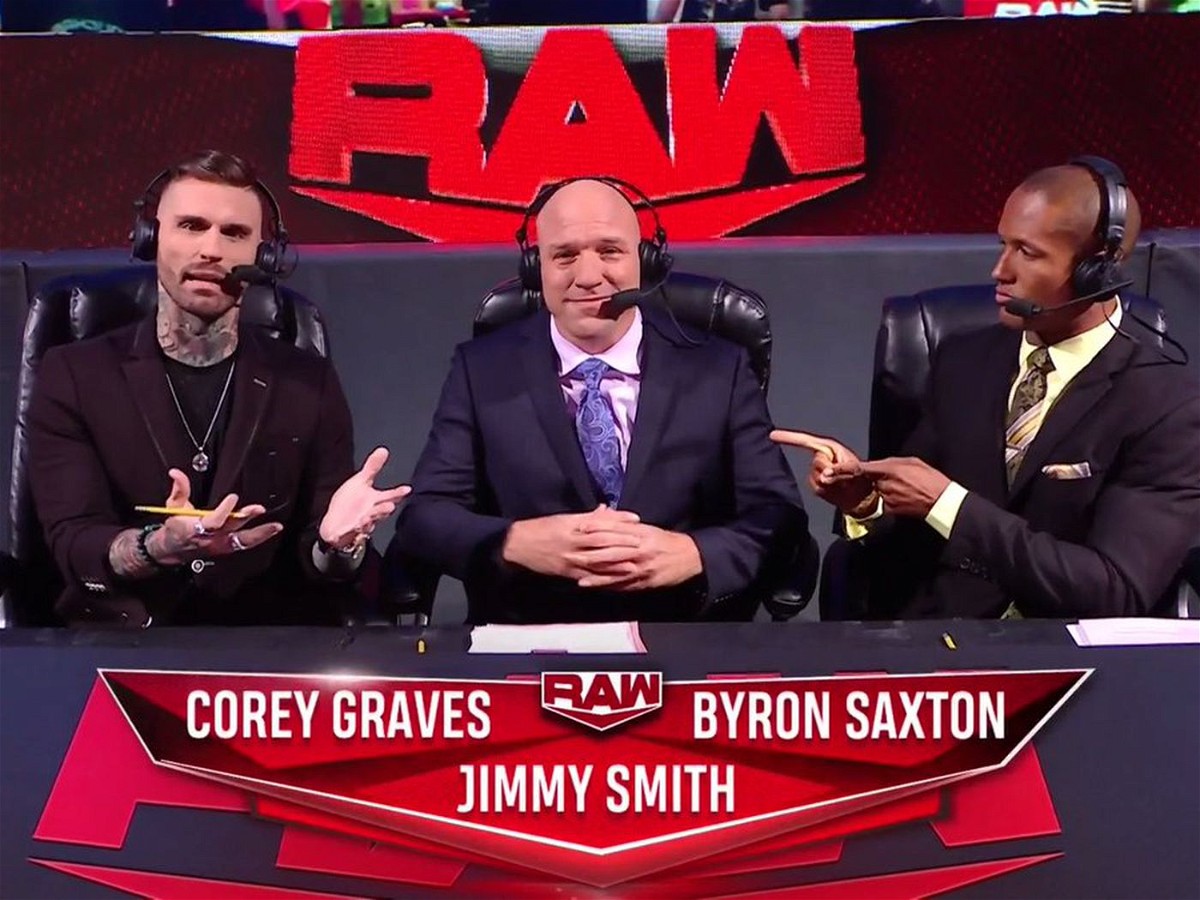 Jimmy Smith joined the commentary team of WWE at the end of May in 2021. From day 1 he has been one of the best. Jimmy adapted to the craft very swiftly and received a flurry of positive feedback from the fans. The WWE presenter appeared as one of the guests in the MMA Hour this past week. Jimmy talked about understanding the world of wrestling and his efforts to be able to blend his experience within MMA into WWE. Jimmy revealed that despite his past experiences, he received the best advice from the Chairman of WWE, Vince McMahon. Jimmy said that the advice helped him to be more relaxed and be far better at his job.

Who is Jimmy Smith?

Jimmy Smith is not new to combat sports. He has been wrestling in high school. There was a small pause in his wrestling career when he joined UCLA because the University did not have a wrestling team back then. Smith is also earned the prestigious ‘Black Belt‘ in Brazilian Jiu-Jitsu. After graduating Smith tested his luck inside the ring. He declared to compete in his first MMA fight. He accepted a fight in just a 2-day notice and also went on to win the match via submission in just 30 seconds. Jimmy retired from combat sports with an overall record of 5 wins and 1 loss.

The decision for the Black Belt fighter to retire came after he received an offer to be a host on Discovery Channel’s show, ‘Fight Quest‘. After being the host for 2 seasons, Smith went to Amsterdam to be a commentator for an M-1 Global Show. Since then Jimmy has been part of the commentating team for several MMA events.

In 2021, Jimmy Smith was part of the NXT Takeover Pre-Show panel. He shared his insights about the main show. In late May, Jimmy Smith, replaced Adnan Virk in joining the Raw commentary team. Adnan Virk seemed to be really uncomfortable to be talking about the matches live and the WWE Universe was also not happy with his performance.

Corey Graves would try to help out Virk but all of Graves’ efforts were in vein. Jimmy on the other hand, since his arrival, has been able to gel well with Graves and Byron Saxton. The Colour Commentator also is part of team Raw during the special events as well.

Vince McMahon has a word of advise for Jimmy Smith

The boost of confidence that Jimmy received was from Vince McMahon himself. Vince told Jimmy to empathise with the WWE fans and for him to express how he feels.

Jimmy Smith on advice given to him by Vince McMahon: Don't worry, you're the audience. If you don't know it, they don't know it. If you're confused, they're confused. So use that.#TheMMAHour pic.twitter.com/cz5CmDOzPw

This helped Jimmy to be more natural and be himself more than another robotic voice with expressing his feelings. Jimmy has been excellent on the microphone and his live commentary is one of the best things on the show currently.

Jimmy Smith without a doubt does have a long career ahead of him in the WWE. I would not be surprised to see Smith be the top commentator they use who also turns into hosting the Pre-shows and maybe even host a new talk show for WWE.

Is Jimmy Smith the best commentator in WWE? Let us know your thoughts.