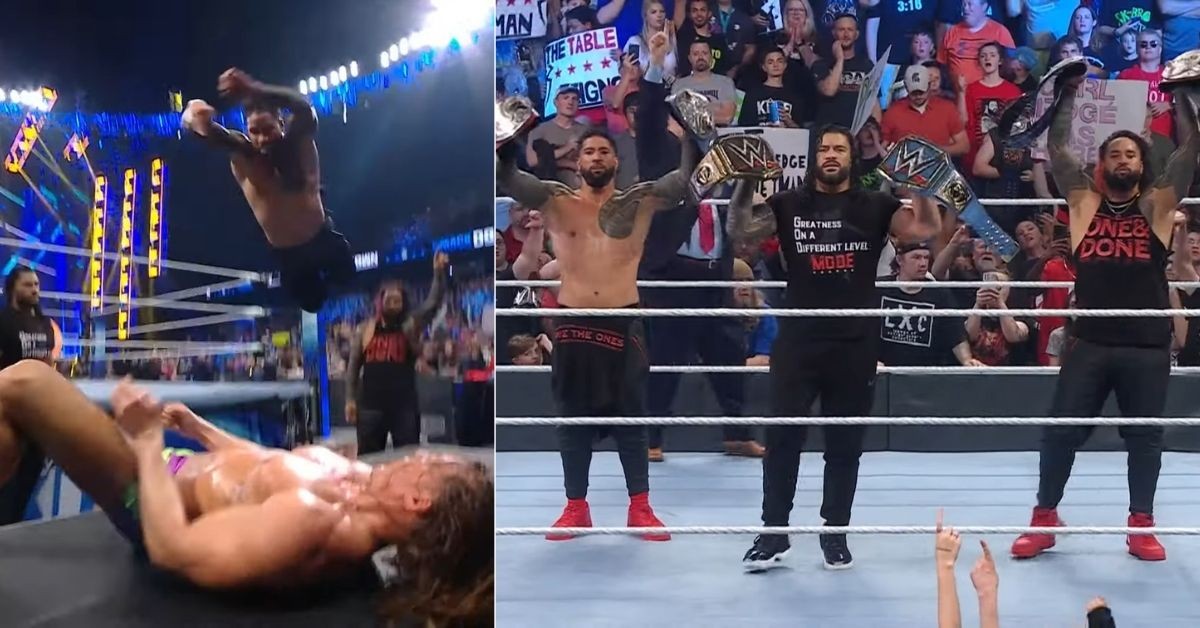 RK-Bro suffered a brutal beatdown from the Bloodline after they lost to the Usos in the Tag Team Title Unification match on SmackDown.

At the end of the Bloodline‘s attack, Jey Uso put Riddle through the announcer’s table. WWE announced that both members of RK-Bro will be missing TV time due to injuries.

RK-Bro will be out of action

WWE has confirmed that Randy Orton and Riddle have been injured after the main event of SmackDown. WWE’s Twitter account has provided an update on Riddle’s injury status, although nothing has been revealed regarding Orton. The Original Bro has suffered from a bruised hip and lower back injury, and RK-Bro is reportedly undergoing medical evaluation.

Riddle was struggling with pain at one point in the match. The referee displayed the ‘X’ symbol indicating that he may have been seriously injured. He went on to finish the match, which RK-Bro lost after the interference of Roman Reigns.

RK-Bro is a prominent feature for WWE’s main-event scene at the moment, and as per reports, WWE has big plans for Riddle and Randy Orton. The Apex Predator missed out on an opportunity to create another record.

Orton has already set a record for most pay-per-view matches by a WWE superstar. Winning the Tag Team Title Unification match could have cemented his legacy as the only superstar to hold the undisputed singles and tag team champions in WWE history.

Many fans took to Twitter to express their displeasure with WWE’s booking of Riddle. The former UFC fighter is one of the most over acts in WWE, and many believe that he’s the future of the company.

WWE doesnt care, tHe BlOoDlInE is all they need 🙄🤦🏻‍♂️

What’s going on here? Like Vince is sending the WWE superstar home.