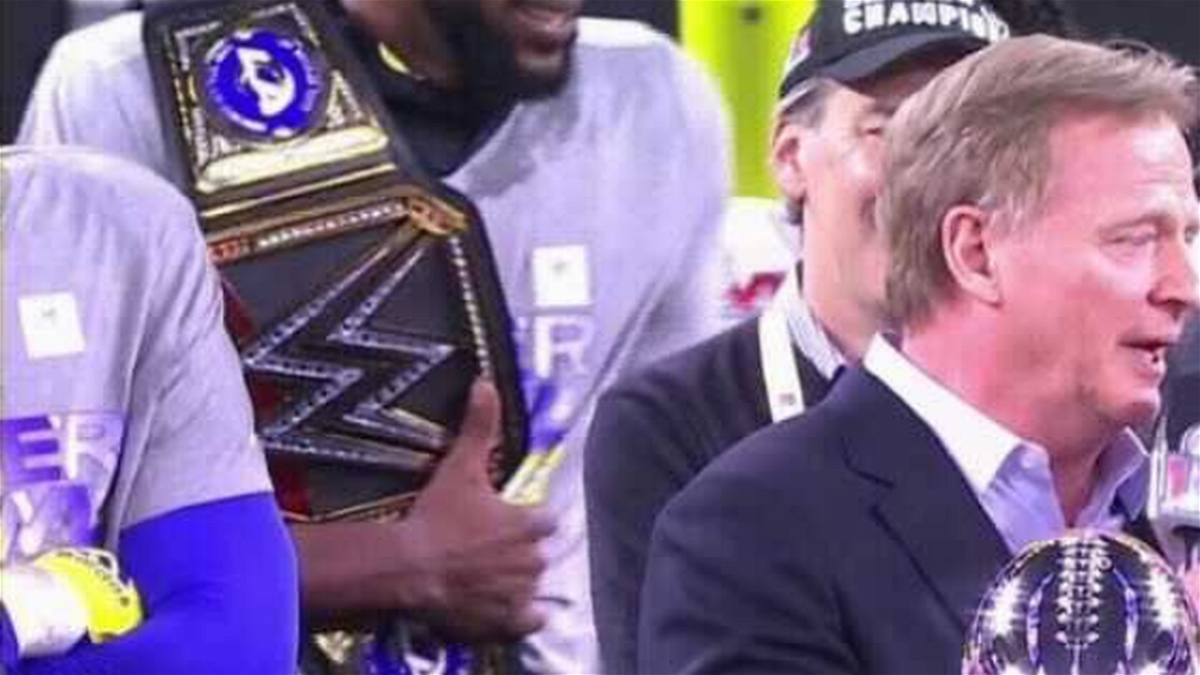 WWE has developed a tradition when it comes to championship-winning teams. This time was no different as the wrestling promotion presented Super Bowl LVI Champions ‘Los Angeles Rams’ with a customized WWE World Heavyweight Championship. Through this WWE congratulated the NFL Franchise in a tweet that read, ‘Congratulations @RamsNFL on an incredible #SuperBowl victory! Enjoy your custom @WWE Championship.’

It was a heartwarming gesture from the promotion, who have continued their tradition of presenting the championship winning teams with a customized Championship belt. Super Bowl LVI took place in the Rams’ home SoFi Stadium in Inglewood, California. That stadium will play host to WrestleMania 39 in 2023

The showpiece game of the NFL season saw the NFC Champions the Los Angeles Rams take on the AFC Champions the Cincinnati Bengals to crown the 61st Super Bowl champions. The Rams ran out victors as they denied The Bengals a well-deserved trophy.

Rams player Leonard Floyd was seen enjoying with the customized title during the post-match celebrations. The belt has the NFC Champions’ logos as plates on either side of the shiny WWE logo.

The Rock introduces the teams in a WWE-style promo

The customized championship belt is not the only association Super Bowl had with WWE this weekend. Before the match, WWE Legend Dwayne ‘The Rock’ Johnson took the microphone in his hands to introduce both the teams. The camera panned to him and The Brahma Bull was standing in his trademark pose with a raised eyebrow.

And thus he began introducing the teams, “Finally, the Super Bowl has come back to Los Angeles.” He then continued to introduce the Los Angeles Rams and the Cincinnati Bengals while integrating lines from his famous catchphrases. You can watch the entire introduction below.

No doubt The Rock is one of the greatest talkers on the mic in the history of pro-wrestling. His electrifying presence was enough to pump up both the teams, the fans in the stadium, and MILLIONS watching at home.

It is rumored that the most electrifying man in sports entertainment might return to WWE. The plan is to have him feud against The Tribal Chief Roman Reigns. Will it come to fruition? Only time will tell.