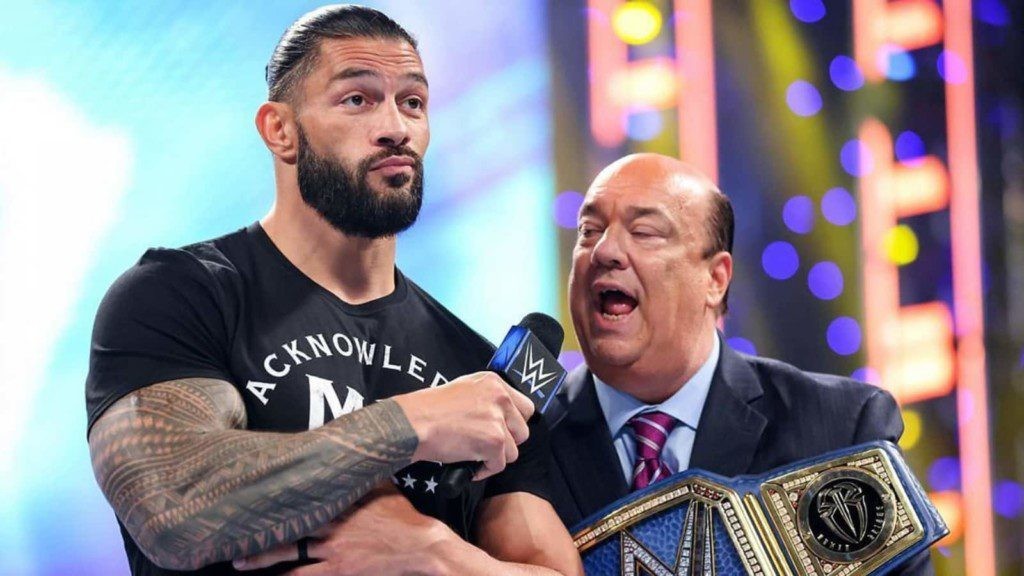 The Roman Reigns Experiment has been a journey with 3 distinct phases. He broke into the WWE as the “Badass Heavy” of The SHIELD, transitioned into being WWE’s “Big Dog”, and has finally found his feet by transforming into The Tribal Chief. His journey towards realizing his own potential has been long and arduous; but according to this WWE Hall of Famer, he was always destined to be a heel in WWE.

Roman Reigns was so hated he became the catalyst for #CancelWWENetwork

In 2015, no one liked Joe Anoa’i’s Sports Entertainment persona; and honestly, we can’t blame anyone but WWE for that. For a solid 4 years, starting from 2014, The Big Dog was pushed as the biggest star in the company. He won the 2015 Royal Rumble, beat Triple H for the WWE Championship at ‘Mania 32, and became the 2 in The Undertaker‘s 25-2 WrestleMania Streak at ‘Mania 33.

By WWE’s internal logic, Roman Reigns was THE guy to look out for. Sadly for them, fans thought differently, and it really showed. #CancelWWENetwork trended worldwide when Roman won that Rumble. The heat on Reigns reached a boiling point at the Raw After ‘Mania 33, where the crowd booed him for 8 minutes straight. That was the perfect moment for WWE to turn him heel and save themselves 3 precious years figuring out who their top stars were going to be. They could’ve saved themselves a lot more trouble had they paid heed to Bully Ray.

WWE Hall of Famer Bully Ray was on Busted Open Radio recently, where he discussed a number of topics. He recalled a conversation he had with The Big Dog in gorilla position once, after he’d just cut a babyface promo in Des Moines;

“I was standing at the bottom of the Gorilla Position, and he goes, ‘Bubba, what did you think?’ And he was a babyface at that time, and I said, ‘Honestly, you’re not a babyface.’ And he laughed and he goes, ‘I know.’ I go, ‘Everything about you reeks of heel. It really does.’ The tone, the inflection, the way he carries himself. He just looks like that BMF heel.”

The fact that Roman Reigns knew how the audience was receiving his character and still stuck to it just shows how loyal he is to WWE and Vince McMahon‘s vision for him. And for once, Bully Ray had an opinion that rang true. Roman Reigns is the biggest thing in WWE today.

He’s got a Needle Mover T-shirt for a reason; besides the merch sales, of course. He might just be the best original creation in the company’s history since “Stone Cold” Steve Austin; and that, is saying something. His match with Brock Lesnar at WrestleMania 38 is going to be nothing short of a spectacle; and we can’t wait to see where he goes from there. We do have some ideas as to how that match would go, though. Click here to find out!