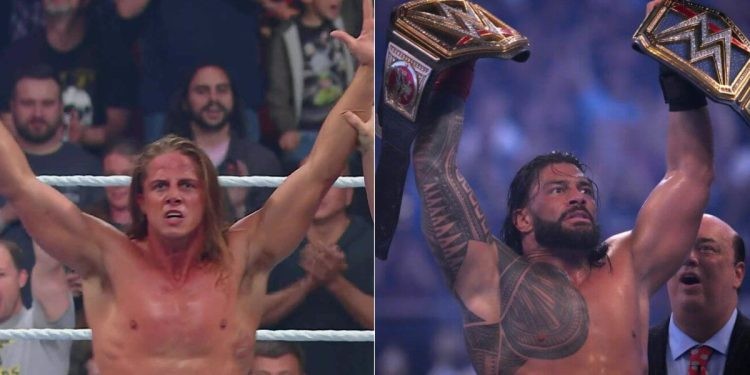 This week’s RAW kicked off by The Miz with an episode of Miz TV featuring the Special Counsel of Roman Reigns, Paul Heyman, as they discussed the upcoming Money in the Bank premium live event and how the winner of the ladder match could end up getting a title shot

WWE has now added a twist to the Riddle vs. Roman Reigns match on SmackDown next week. It will be Reigns’ first championship defense since WrestleMania 38. Paul Heyman made an appearance to inform us that there will be a stipulated added to the match to raise the stakes.

Heyman addresses the stipulation for Riddle vs. Roman Reigns match

The recent edition of Miz TV saw Paul Heyman making an appearance on RAW explaining to the fans that the match between Roman Reigns and Riddle will have the addition of a special stipulation. This is what Heyman had to say.

“Your Tribal Chief Roman Reigns will defend the undisputed heavyweight championship against, of all people, Riddle. It annoys me so much, that as special counsel to Roman Reigns, I counseled them on a stipulation to make the stakes even bigger.”

Riddle came out to the ring and demanded to know what the stipulation was. Heyman proceeded to inform that the stipulation states that if Riddle fails to defeat Roman Reigns on SmackDown next week, he will never be able to challenge for the championship until Reigns remains champion. Riddle fired back at Heyman by saying that Roman Reigns does not know what he is capable of. He had this to say.

“Paul, for a guy who talks as much as you do bro, you really don’t say anything. You don’t know me, and Roman Reigns, definitely doesn’t know me. And you guys have no idea, what I am capable of.”

The Original Bro faced a similar situation on the last episode of SmackDown. Riddle competed against Sami Zayn to become the number-one contender for Reigns’ Championship. A stipulation was added to that match which stated that if Riddle lost, he would be permanently banned from SmackDown. Fortunately for Riddle, he defeated Sami Zayn.

It will be Reigns’ first championship match since WrestleMania 38

Riddle’s win over Sami Zayn has forced Roman Reigns to return from his break and defend his Undisputed Championship. It will be the Tribal Chief’s much-awaited comeback to WWE TV. The Undisputed Universal Champion recently posted on Twitter to send his opponent, Riddle, a message before their match on SmackDown by calling him an ‘idiot.’ This is probably the biggest match in Riddle’s WWE career so far.

Now I have to leave the private island 🏝
…jump on the private yacht🛥
….and then board the private jet 🛩 just to smash this idiot on #Smackdown
Tribal Chief problems. 😏☝🏽 https://t.co/jcx0BDlw4v

This will be Roman’s first singles match since beating Brock Lesnar at WrestleMania 38. Since becoming the Undisputed Universal Champion, Roman Reigns has had a much lighter schedule. Even though WWE had poorly hyped the Tribal Chief during his absence, he still feels like the biggest star in WWE. His sporadic appearances appear to have more impact on the fans. 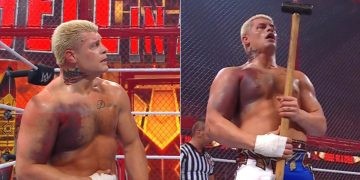