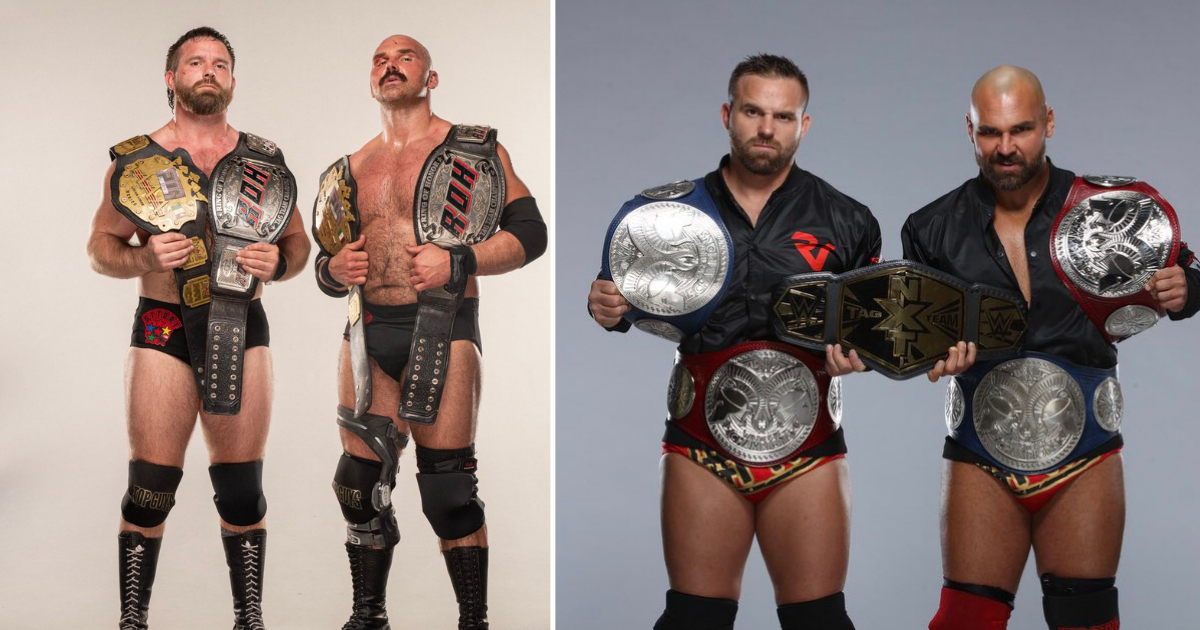 In recent months, the entire globe has taken notice of FTR, including WWE. Dax Harwood and Cash Wheeler, the current Ring of Honor, and AAA Tag Team Champions are presently signed to All Elite Wrestling. Despite this, current sources claim that WWE is interested in reuniting the combo formerly known as The Revival.

According to a report from Fightful Select’s Sean Ross Sapp, WWE are highly interested in re-signing the former NXT and Raw Tag Team Champions.

“Outside of that, we’re told that WWE has expressed interest internally about possibly bringing back the team formerly known as The Revival. In 2019, the two passed up what were then huge offers of $850,000 each, with Mark Carrano even mentioning that he could possibly get them to $1 million each before they left for All Elite Wrestling.” – [H/T – FightfulSelect.com]

It’s noted that FTR’s contract with AEW is set to expire this summer. But it is a possibility that AEW can exercise the option on their contracts for an additional year. Either that option or a contract extension is reportedly expected soon. The pair released a promo this week teasing a rematch with reDRagon, referencing the classic they had in NXT in the final months of their NXT run. They also made it clear they want to become the first two-time AEW World Tag Team Champions.

Would FTR Ever Return to WWE?

While The Revival had a successful run on NXT’s black and gold brand, their time on the main roster was less than stellar. The tag team left the company and changed their name to FTR as a result of this. Dax Harwood responded to a fan on social media last month who inquired about a possible return to WWE in the future, without explicitly ruling it out.

Yes, If the money and circumstances were right and, no, you can’t interview me https://t.co/YFShwYS74I

While we can never say never in the wrestling business, it looks incredibly unlikely that Harwood and Wheeler will be departing All Elite Wrestling anytime soon. They hold 2 championships for the promotion and are set to become the focus of their tag team division this year.

Do you think there will be any way that we could see Dax Harwood and Cash Wheeler return to WWE after how their last run on the main roster went? Let us know in the comments section.