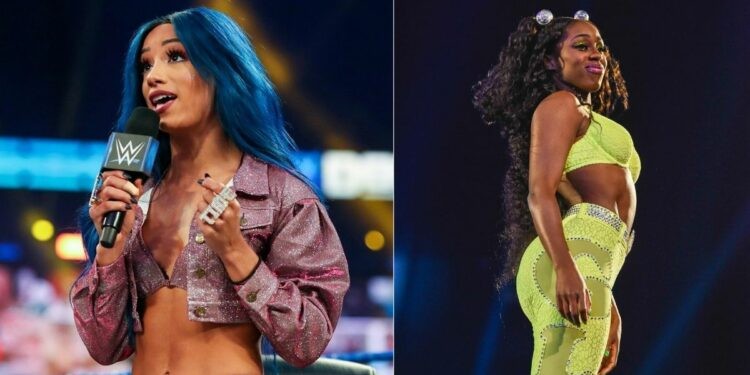 Sasha Banks and Naomi sent the wrestling fans into a frenzy after they walked off Monday Night RAW last week. WWE released a statement concerning the situation on their website and indefinitely suspended Banks and Naomi. They were scheduled for a 6-way match in the main event of RAW.

Who will earn a shot at the #WWERaw Women’s Title.

Now, new reports have surfaced regarding the incident. The new information contradicts the statement issued by WWE on their official website.

What happened on RAW last week?

WWE issued a statement about Sasha Banks and Naomi walking out of the arena during RAW. The statement was released in the third and final hour of the show. WWE stated that Sasha and Naomi gave up their tag team titles to Head of Talent Relations, John Laurinaitis, and walked out of the arena with packed suitcases.

They also claimed that Sasha and Naomi didn’t feel respected enough as the Tag Team Champions and that two of the opponents in the main event made them uncomfortable in the ring. The statement ended with WWE expressing their regret for being unable to deliver as advertised.

WWE Commentator Michael Cole announced the suspension of the duo on SmackDown, and WWE stripped them of the Women’s Tag Team Championships. There will be a tournament to crown new champions. Sasha Banks and Naomi have kept quiet about the incident till now.

Did WWE lie about Sasha Banks and Naomi?

Sean Ross Sapp of Fightful Select revealed new information regarding Sasha Banks and Naomi’s walkout incident on the Backstage Report podcast. This is what he had to say.

“Vince McMahon is made aware that Sasha Banks and Naomi are leaving the show, and it was reiterated to me this week after rumors emerged on… I don’t know if it was Reddit or where it was, that they left hours before the show. I was told that WWE probably knew Sasha and Naomi were leaving well before, and Sasha and Naomi probably knew that were leaving well before. But then they left at the beginning of the show and Vince McMahon was made aware at gorilla.”

BREAKING: It will be @BeckyLynchWWE vs. @WWEAsuka TONIGHT on #WWERaw to determine who will challenge @BiancaBelairWWE for her Women’s Title! pic.twitter.com/8Hy14357Pn

Sean Ross Sapp also mentioned that going into RAW, a singles match was proposed between Becky Lynch and Asuka. But for some reason WWE decided to go for a 6-way match, and Naomi was supposed to win that match.

It remains to be seen how long Sasha and Naomi are going to stay suspended. What are your thoughts on the infamous walkout? Drop your comments below.