3 Reasons Why Roman Reigns Turning Heel Is the Best Thing 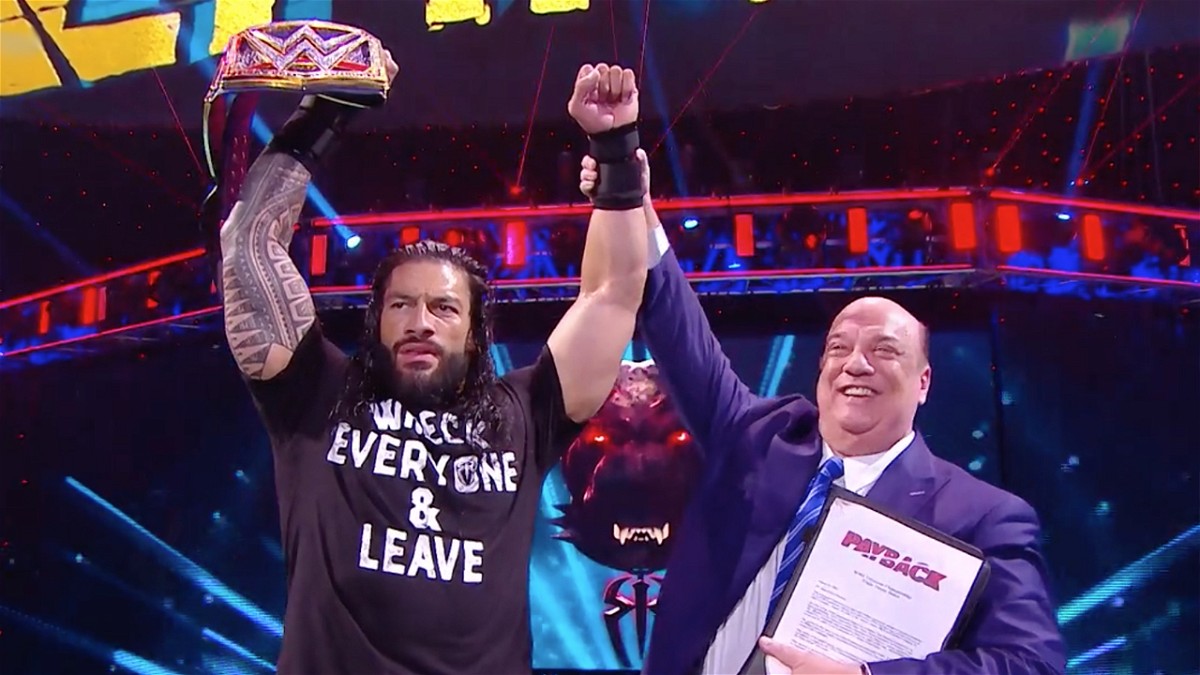 It is no big secret that The Tribal Chief, Roman Reigns is one of the best wrestlers that WWE has produced. Roman Reigns had been a baby-face for almost 7 years. The Tribal Chief was heavily pushed by Vince but the fans were never really a fan of the Big Dog. No one can deny his wrestling ability but the fans hated his character. In late 2020, at the SummerSlam event, the Big Dog returned as the ‘Tribal Chief‘ and since then he has been on top of the game. All the fans are behind him now. Let’s look at some of the reasons why.

The fans have seen everything that a baby-face Roman Reigns can do. Honestly, there is nothing different a face can portray other than just showing innovation in their matches. Roman was over-pushed too far to an extent that the fans absolutely hated whatever he does. Now with being a heel, every week is something fresh from the Tribal Chief. In 2021, Roman carried SmackDown on his back, making it a one-man show! He was the most entertaining portion of the show.

The Boos are natural

Before when he was a face, the Big Dog was winning every match he wrestled in. It was mostly a clean victory. The fans felt he was burying talent because he is the only one winning and thus he was getting booed. But now, since turning heel Reigns is still winning but he has the liberty to cheat to win. That to an extent protects his opponents and at the same time, the fans booing him is actually them reacting to what has transpired in the ring.

When Reigns was a baby-face, the Big Dog was never able to react naturally to getting booed. No matter what happened, Reigns had to react only positive to the fans or just smile and accept the boos. That also affected his promo ability as he could only cut a promo that portrays him as a ‘Good Guy‘. Now, since he is a heel he can react how he honestly feels like. He can even talk trash to the fans and there is always a group that absolutely adores that. In my opinion, the best time to turn him heel was back in 2017, the night after WrestleMania. The infamous “It’s my yard now” promo. They may be 3 years late but still, it is awesome!

These are the best factors that make a ‘Heel‘ Roman Reigns the Best Thing in the business right now.

The Tribal Chief is set to face Brock Lesnar at WrestleMania 38. The Chief has assured to leave WrestleMania as the Undisputed Champion.

…and the last image of #WrestleMania is me standing with two championships over a broken, beaten, defeated, and humiliated Brock Lesnar. #GodMode #WitnessMe https://t.co/TPbkDynUCJ

What are your thoughts? Are you a fan of the ‘Heel’ Roman Reigns? Let us know

“It Was Complicated”: Rafael Nadal Issues Statement After Winning the Mexican Open 2022 by Beating Cameron Norrie