5 Instant Storyline Changes That Can Take Place After WrestleMania Backlash 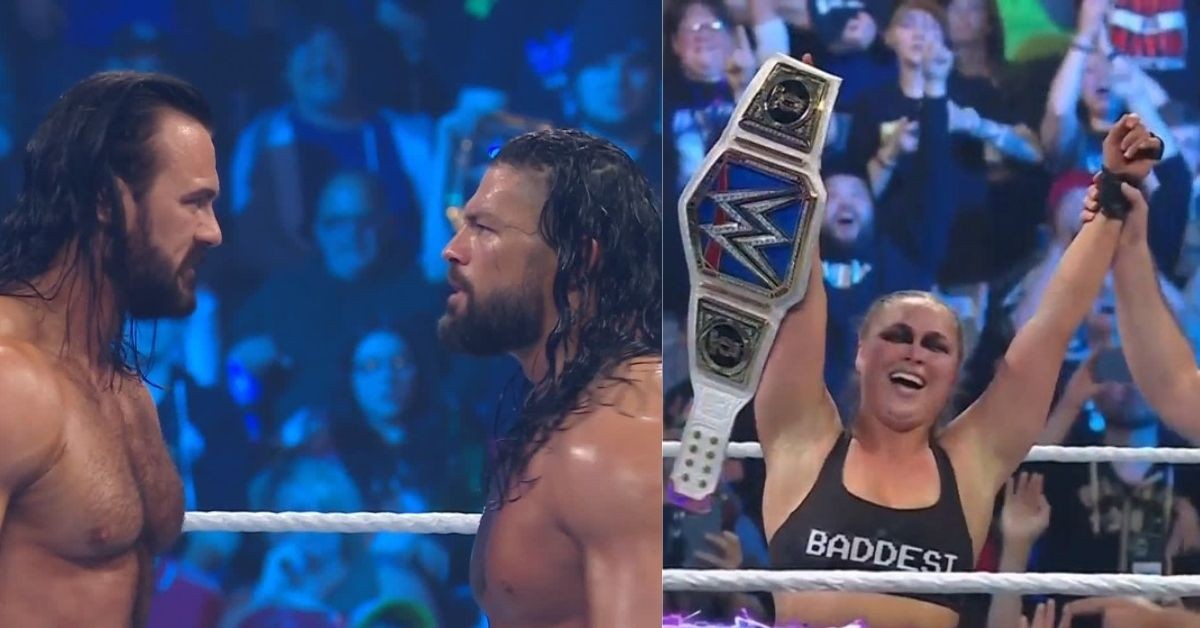 The first post-WrestleMania premium live event delivered some great matches and new directions for certain WWE superstars. WrestleMania Backlash received mixed reviews, but it set the tone for the rest of the year.

Seth Rollins lost to Cody Rhodes for the second time in an impressive rematch at WrestleMania Backlash. It could be the end of the Rhodes-Rollins saga, and WWE could look to turn The Visionary into a babyface.

After another win over @WWERollins, @CodyRhodes is ready to move forward and chase his championship dream. #WMBacklash pic.twitter.com/sKu8DmBjC3

The WWE fans have shown their love for Rollins with cheers and would join together to sing his theme song. Rollins has played heel before and was impressive at it. He needs a new direction and RAW could benefit by adding another babyface to their roster.

4. Ronda Rousey will have a new opponent

Ronda Rousey finally captured the Smackdown Women’s Championship at WrestleMania Backlash. She made former champion Charlotte Flair quit after locking her in an armbar with a steel chair.

People had expected Rousey to win so it wasn’t a big surprise to see her come on top. WWE has confirmed that Flair will be out of action due to a ‘fractured radius’ and this could pave the way for a new opponent for Ronda Rousey’s championship. WWE may even consider turning Rousey heel. We’ll have to wait and see what unfolds.

Madcap Moss defeated Happy Corbin at WrestleMania Backlash premium live event. Moss has been one of the most entertaining superstars of the past few months on SmackDown even though RAW has been a better show without a top champion.

The match between Moss and Corbin was a brief one. But it looked like the feud concluded with the match and WWE could look for a new direction with the 32-year-old superstar for a singles push.

The most memorable moment from WrestleMania Backlash came in the form of Rhea Ripley joining Judgement Day. During the match between AJ Styles and Edge, Rhea Ripley interfered to help Edge pick up the win.

It seems like this feud will continue and AJ Styles might consider forming a team. Finn Balor has already joined in with the Phenomenal One and another superstar could join forces soon. Rhea Ripley turned on her former tag team partner Liv Morgan a few weeks ago. Morgan posted a tweet hinting at a possible alliance with AJ Styles and Finn Balor. It would be interesting to see what follows.

The main event of WrestleMania Backlash felt like a big SmackDown main event. The Bloodline reigned supreme after Roman Reigns speared Riddle to pick up the win for his team.

Rumors speculated that the Bloodline may lose and McIntyre would be the first one to pin Reigns in over two years. But the disappointing end to the match could only mean that Reigns would be feuding with the Scottish Warrior. It could result in McIntyre losing to Reigns in the same way all of his opponents did since the beginning of his dominance as the Universal Champion. Drop your thoughts in the comments below.