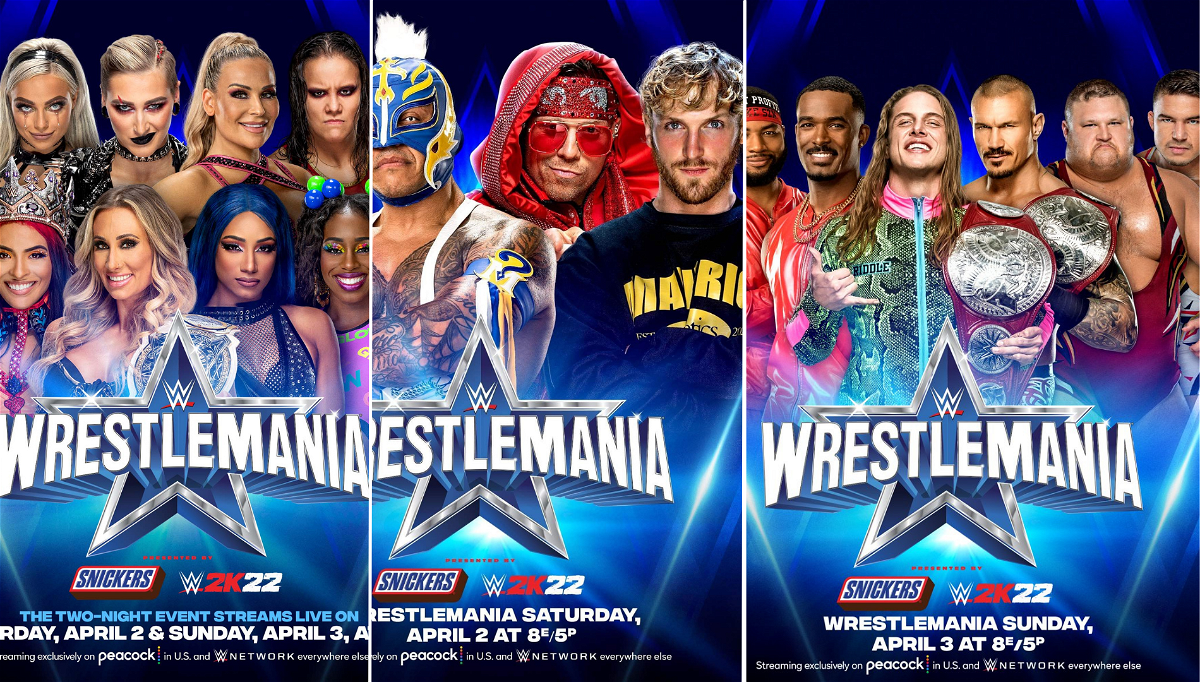 WrestleMania 38 begins this Saturday. While there are still matches to be finalised, we can guarantee that the grand stage will be the end and the birth of several feuds. Let’s take a look at 5 of the aforementioned feuds.

4 teams will be battling it out in a fatal-4-way match for the WWE Women’s Tag Team titles. The teams are, the current champions, Carmella and Queen Zelina, Rhea Ripley and Liv Morgan, Sasha Banks and Naomi and finally the team of Natalya and Shayna Baszler.

The titles are most likely going to change hands and thus we could see the team of Carmella and Vega imploding. Last week we did see them in a brawl, although they hugged each other at the end of the day, there is still tension between them. I predict, Vega will be the one to take the pin and on Monday Night they will brawl with each other in the ring.

The Miz wants to be respected

The Miz will be teaming up with Logan Paul to take on the Mysterios at the grand stage.

Moving graphic for The Mysterio’s vs Logan Paul and The Miz at #WrestleMania. pic.twitter.com/GegJGtsetp

Most probably the Mysterios will win the match to have their father-son moment on the grand stage. The night after on Raw, The Miz will host another episode of Miz TV and the special guest will be none other than Logan Paul. The Miz will put all the blame on Logan Paul and would call him a rookie. Then finally Miz will attack the Youtube Star and this will lead to Logan Paul vs The Miz at WrestleMania BackLash.

The night after WrestleMania, Damian Priest will stand in the middle of the ring and demand a rematch for the US Title. At that time we will see the arrival of the former NXT Champion, Tommaso Ciampa. Priest and Ciampa will have a match in which the winner will challenge Finn Balor at WrestleMania BackLash for the US Title.

For the past couple of weeks, the Street Profits have been teasing a heel turn. They are set to challenge RK-Bro for the Raw Tag Team Titles in a triple threat match at WrestleMania 38.

There are two scenarios here, we could see the Profits cheat their way to win at the grand stage or they might lose the match and on the following night attack RK-Bro and get a match for WrestleMania BackLash.

YO FAVORITES BOUT TO GET BODIED. pic.twitter.com/DNh9LrbKZD

These are 5 storylines that we should look forward to heading into the next pay-per-view after WrestleMania 38.

What feud are you most excited for?