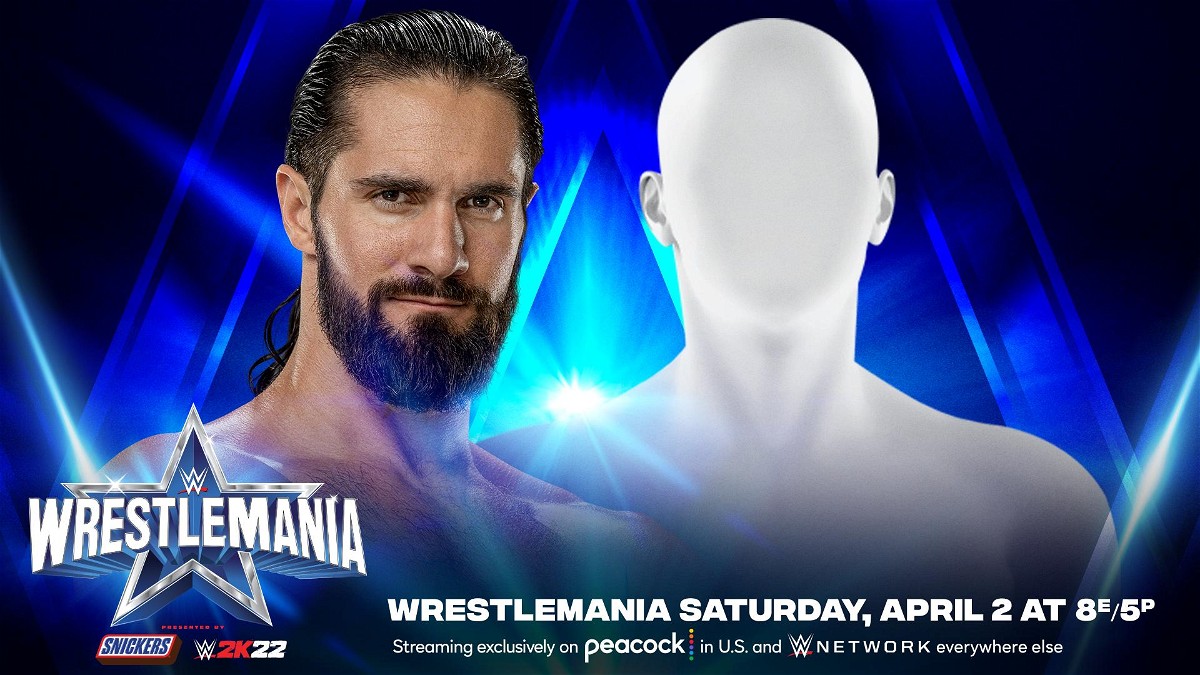 For weeks, Seth Rollins has been begging for a match at WrestleMania 38. Rollins even wrestled superstars to take their spots at the Most Stupendous 2-night event. After all his efforts resulted in failures, last week on Raw, Seth went on a rampage and said that the next Raw will not happen unless he had a match at WrestleMania 38. Yesterday morning, he received an invitation from Vince McMahon to a personal meeting at the WWE HeadQuarters. At the meeting, the Chairman of the board granted Seth’s wish and mentioned that he would handpick Seth Rollins’ opponent for WrestleMania.

So, you know what that means. It’s time to list out the possible opponents for the Visionary at WrestleMania 38.

.@WWERollins will look for his #WrestleMania moment this Saturday when he battles an opponent handpicked by WWE Chairman @VinceMcMahon! pic.twitter.com/hrqMWnjilB

Since Cody and Brandi Rhodes left AEW, it has been rumoured that he will sign with WWE. Not only that but also will be facing Seth Rollins at WrestleMania 38. Now, it pretty much seems to become a reality. Last week, PWInsider revealed that Cody Rhodes had officially signed with WWE and the deal was in fact finalised almost 2 weeks ago.

Cody makes the perfect sense for Seth Rollins. Rollins loves Triple H, Hunter is one of his mentors from his NXT days. Cody hates Triple H and he has been very vocal about it. With that aside, both stars love Pro-wrestling and seeing these two wrestle would be an absolute treat.

Vince McMahon said that he will handpick Seth Rollins’ opponent. John Cena is Vince McMahon’s golden boy. Cena has also been awfully quiet about WrestleMania. So we could potentially see the Babe Ruth of WWE return at the Grand Stage. Just like how he surprised us at WrestleMania 35, but this time he will have an actual match.

We have not heard from Goldberg since he submitted to The Tribal Chief at the Elimination Chamber. Although it is highly unlikely, there is still a possibility that the WCW Icon can return for one last match and squash Seth Rollins.

Gable Steveson recently tweeted out that he will be at WrestleMania this year and that it was time. He quickly deleted it. It seemed like WWE wanted his arrival a secret. Could that be because he will be fighting Seth Rollins?

Watch us expect Cody Rhodes and it be friggin Gable Steveson pic.twitter.com/EDPOy5dwzX

The Phenom will be inducted into the WWE Hall of Fame, Class of 2022 on Friday Night. Vince McMahon will be inducting the Deadman. Vince could possible ask him for one last favour and that could be to face Seth “Freaking” Rollins.

These are my 5 picks to face Seth“Freaking” Rollins at WrestleMania 38. What do you think of it?