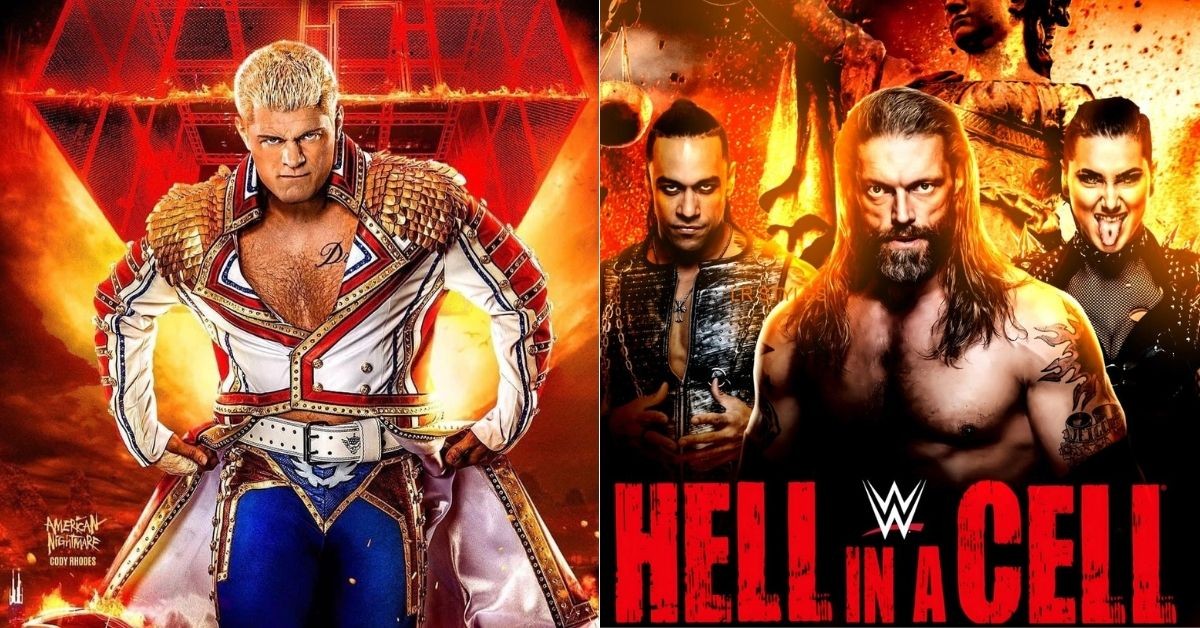 WWE Hell in a Cell will take place on June 5th in Rosemont, Illinois, at the Allstate Arena. Here are a few predictions which could take place at the upcoming premium live event.

5. AJ Styles and Finn Balor will team up against Edge and Damian Priest

Finn Balor recently joined forces with AJ Styles after saving him from a beatdown from Edge and Damian Priest (Judgement Day) a few weeks ago on RAW. Fans were excited to see two of the most talented WWE superstars teaming up for the first time in WWE.

The match was teased on RAW, and it would make for an exciting match at the Hell in a Cell premium live event with four of the most popular superstars in the WWE today

4. Mustafa Ali vs. Theory for the United States Championship

Mustafa Ali made his return to WWE TV last month on RAW. He interrupted MIZ TV with Theory as the chief guest. Ali came out to respond to Theory’s open challenge for the United States Championship. But, Vince McMahon’s protégé pulled a few strings to avoid facing Ali, dubbing him as ‘unworthy’ for a championship match.

Ali scored a big win over former WWE Champion The Miz on his return. Hell in a Cell seems like the perfect event for Ali to face Theory for the United States Title.

Kevin Owens has been relentless with his efforts to prove that Elias is disguising himself as his younger brother Ezekiel. They will have to settle their issues soon, although the storyline is laughable, to say the least.

They didn’t have a match at WrestleMania Backlash premium live event, and it seems that WWE might make it official at Hell in a Cell.

Bianca Belair has been on a roll since defeating Becky Lynch at WrestleMania 38 to claim her first-ever RAW Women’s Championship. Last week’s episode of RAW saw Asuka defeat Becky Lynch to become the No.1 contender for Belair’s title at Hell in a Cell following a change to the main event match.

WWE has positioned Belair as the top face in the RAW women’s division. And it is unlikely that she will be dropping the title anytime soon, but it would make for a great match at the upcoming premium live event. WWE might involve Becky Lynch into the mix with interference during the championship match.

WWE has gone all-in with Cody Rhodes and has presented him as the top face of RAW. He made his return at WrestleMania 38 and defeated Seth Rollins in an impressive match. Rhodes then went on to beat Rollins for the second time at WrestleMania Backlash, and now they are set to face each other for the third time inside Hell in A Cell at the upcoming premium live event.

Inside Hell in a Cell?!

The most logical step WWE can take here is to end the rivalry with another Cody Rhodes victory. He has already beaten Rollins two consecutive times, and it would only make sense if Rhodes defeats The Visionary again. The American Nightmare has already declared his aim to go for the company’s top prize, and it won’t be long before we see him in the title picture.

What do you think will happen at WWE Hell in a Cell? Drop your comments below.