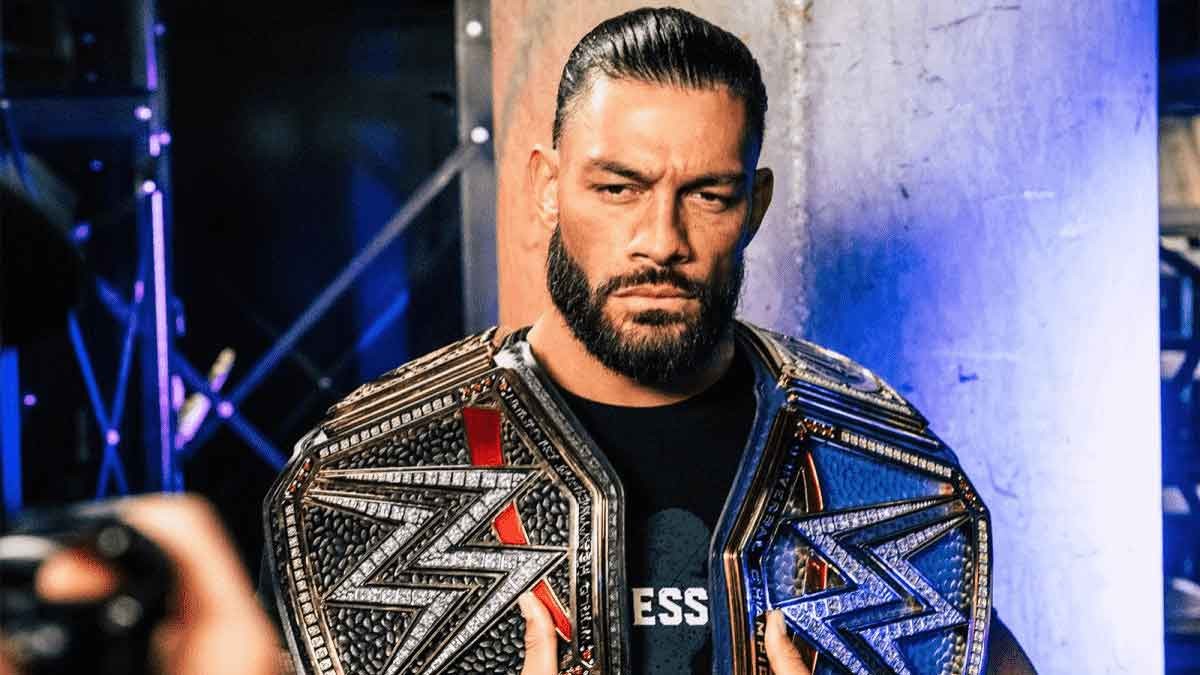 Roman Reigns has been off television since defeating Brock Lesnar to become the Undisputed WWE Universal Champion at WrestleMania 38. He appeared on the post-WrestleMania editions of RAW and SmackDown and delivered a couple of promos. Since then, The Tribal Chief has been absent from WWE TV. Here are a few probable reasons for his absence.

The #Bloodline is the most dominant faction in history. Not the #Horsemen, not the #HeenanFamily, not the #HartFoundation, not #DX, not even the #DangerousAlliance can compare to the accomplishments of @WWE …

1. Roman Reigns may have been injured

Fans shared videos on social media where the Tribal Chief favored his left arm after the match. Rumors have speculated that Reigns got injured after Brock Lesnar put him in a Kimura Lock. Reigns was also struggling to hold both the titles. WWE hasn’t released any statement regarding the matter yet.

2. Reigns doesn’t have an opponent for WrestleMania Backlash

Roman Reigns appeared in two promo segments on RAW and SmackDown and discussed the Bloodline’s plan to unify the tag team titles. However, he did not mention what he’d be doing next. At first, former Shinsuke Nakamura appeared to be his next challenger after interrupting the Tribal Chief on SmackDown. But WWE did not follow up with that segment. Dave Meltzer of Wrestling Observer believes they have reserved Roman Reigns for WrestleMania Backlash. WWE advertised the Head of the table for the show earlier this year.

3. Roman Reigns is taking some time off

Nobody has been able to stop Roman Reigns for the last year and a half. He has had a constant presence in WWE programming. Reigns became the first Undisputed WWE Universal Champion. The Tribal Chief may have taken some time off after his intense schedule as the company’s top champion. But fans are still hoping for his return to TV soon.

4. Roman Reigns may not wrestle at WrestleMania Backlash

Given the rumors about Roman Reigns’ injury, WWE may be protecting their top star until he’s medically cleared to wrestle. They would want him to be on TV at the same time. It could trigger a new plan for the Head of the Table. WWE has promoted Reigns for the upcoming premium live event. They could opt to put him in a segment where Reigns will confront his next opponent. It would give him the time to nurse his injuries before returning to the ring.

5. WWE is trying to build Reigns’ next opponent

Roman Reigns has conquered most of the big stars WWE has to offer. The roster lacks a credible contender for the Tribal Chief. There are two possible superstars that WWE might build-up for a clash with Reigns. Cody Rhodes and Drew McIntyre are the two most viable options for WWE. Rhodes already has a match at WrestleMania Backlash against Seth Rollins. It is unlikely that The American Nightmare will have a shot at the Universal title, but there is a possibility for a feud between Roman Reigns and Drew McIntyre. The Scottish Warrior is from the same show, SmackDown, and WWE has not revealed any plans for him yet. He is currently engaged in a feud with Sami Zayn, but it could be WWE’s next step for Roman Reigns.

The Head of Table is undoubtedly the best heel in WWE. His transformation from a disliked babyface to a dominant heel was well received by fans and critics alike. Reigns’ absence caused a decline in ratings for SmackDown last week. Fans are hoping that he’ll return soon.