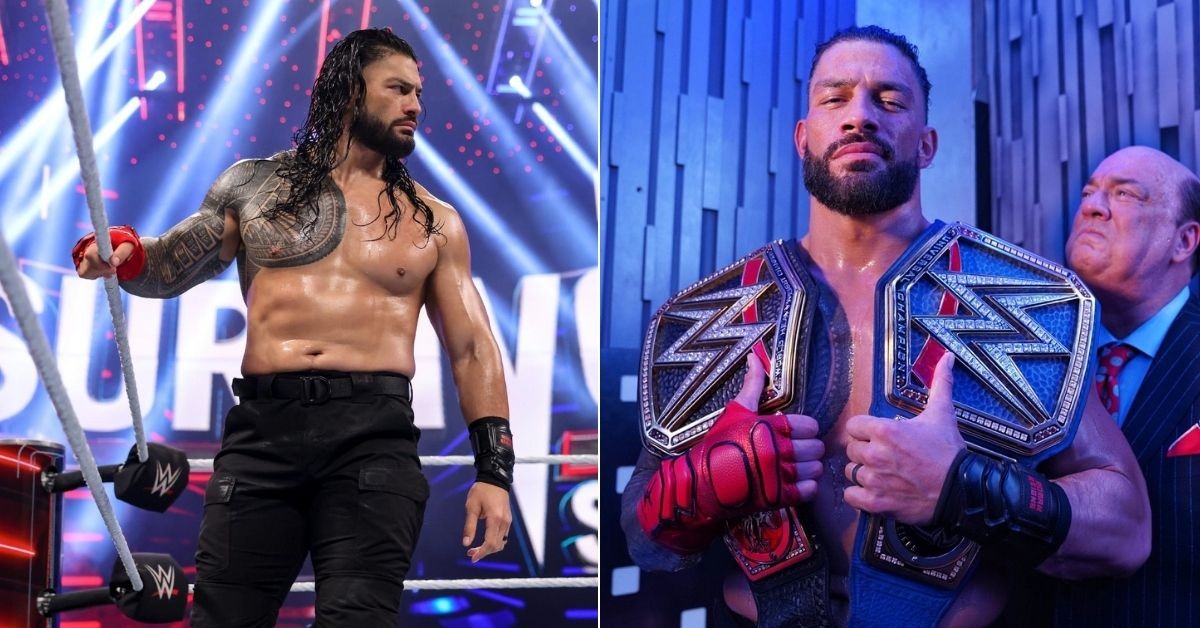 Roman Reigns received a lifeline since his return at SummerSlam in 2020 after a brief hiatus during the Coronavirus pandemic. His long-awaited heel turn finally materialized as Reigns became the Tribal Chief by embracing his family’s history.

Fans have shown much love to Reigns’ dominant heel character. He has become the biggest star in the industry as the Head of the Table. But there are several rumors regarding WWE’s plan to turn Roman Reigns face after nearly two years of dominating the roster as a bad guy.

Here are a few ways in which a face turn could hurt the Tribal Chief gimmick.

Roman Reigns is the best heel in pro wrestling today. WWE hesitated to turn him heel at first since they saw him as a poster boy, just like John Cena. But when they finally went through with the transformation, it was the best decision for Reigns. He became the most dominant superstar on the roster.

A face turn will destroy the credibility of Reigns’ character. Roman Reigns described the Tribal Chief as a mafia boss character feared by everyone. This description certainly doesn’t suit a babyface. Reigns’ heel gimmick may suffer if WWE decides to turn his face.

A babyface character has more restrictions because they require to garner fan support. Babyfaces are meant to have a positive attitude to resonate with the fans and get them to cheer. This is one big reason why Reigns may find it tough to work as a good guy with his Tribal Chief Character.

Roman Reigns’ trash talking during this match has helped tell a great story on top of the actual in ring work.#WWEClash

Reigns’ trash talk during matches and promo segments is second to none. He has hit a home run with his bad guy persona. Reigns’ mic skills have worked better after he turned heel.

3. Limiting the aggressive portrayal of The Tribal Chief

Roman Reigns has an explosive move-set. His Spear, the Guillotine, and the Superman punch all are massively impactful manoeuvres that explain why he was the Shield’s powerhouse.

These wrestling moves did work as a babyface, but the 36-year-old superstar has been able to make more impact as a heel. The added factor of fan booing while he performs these moves has made The Tribal Chief look more aggressive and dominant.

4. Roman Reigns’ babyface character wasn’t over with the fans

When WWE decided to make Roman Reigns the victor of the 2015 Royal Rumble, they didn’t get the expected reaction from the fans. He was booed out of the building, even though his cousin, The Rock, came out to help him get over.

WWE would book him in four consecutive WrestleMania main events, but the fans continued to verbally express their denial of the supposed “Blue Chip” prospect. Fan perception about Reigns changed the moment he turned heel.

WWE fans have shown real support for Roman Reigns’ portrayal of a heel character. They got what they wanted for a long time. Fans have taken a liking to the edgier side of the Samoan superstar.

Run of a Lifetime. pic.twitter.com/0CxLF8xVlX

WWE fans have shown their love towards heel characters due to the dynamism in their creative directions. The portrayal of a bad guy provides performers more direction to develop their characters with a variety of storylines. It helps to create an entertaining character that fans love to hate.

Roman Reigns has garnered a lot of love from the fans since he became a bad guy. He is getting the desired reaction as the Tribal Chief. It is up to Vince McMahon how Reigns’ character will proceed in the future.

What are your thoughts on the Tribal Chief? Drop your comments below.