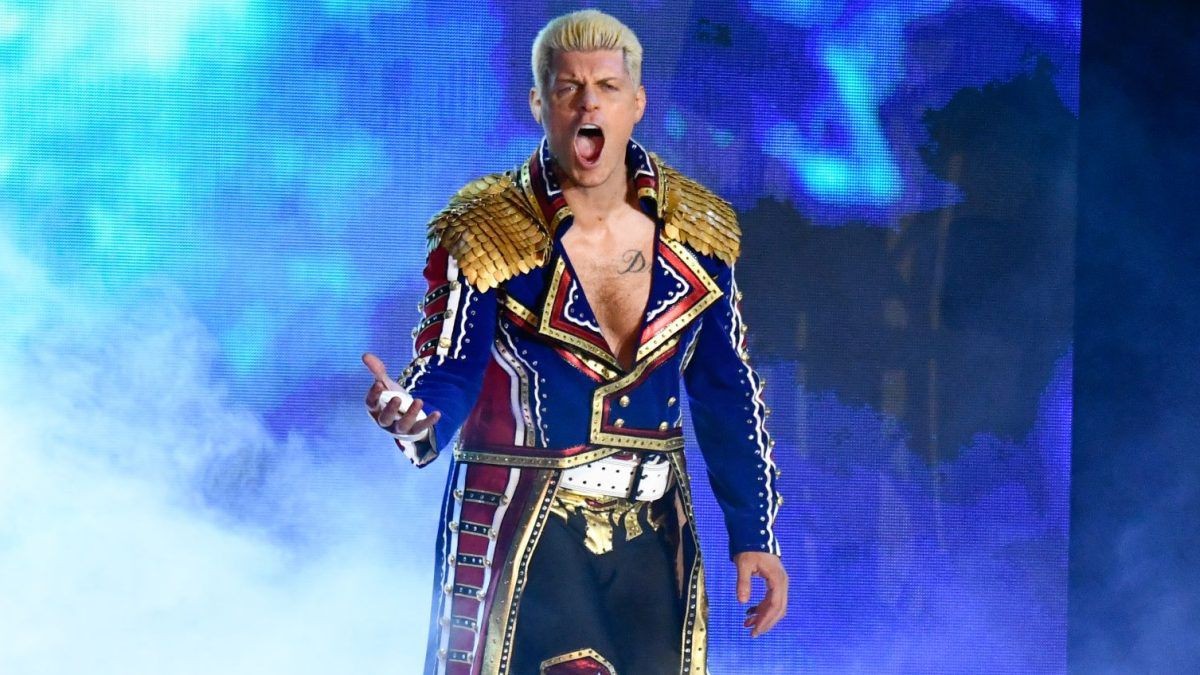 Cody Rhodes WWE seemed impossible. But he returned to the place where he started his career and put on a stellar performance against Seth Rollins at WrestleMania 38. He has been portrayed as a top star on Monday Night RAW. Cody Rhodes could be the next top star in WWE, even bigger than Roman Reigns. Let us take a look at a few reasons why.

1. Cody Rhodes is a talented performer

Cody Rhodes is a second-generation wrestler. He had some very memorable matches during his feud with Rey Mysterio. Rhodes had some amazing matches against superstars like Daniel Bryan, Shawn Michaels, Triple H, and Randy Orton. He’s held his own in main event level matches in his last run in WWE. Rhodes’ recent WrestleMania 38 match against Seth Rollins was an impressive return fight.

Rhodes is incredibly athletic and has wrestled several 5-star caliber matches after he left WWE in 2016. He performed in New Japan Pro Wrestling (NJPW), Ring of Honor (ROH), and All Elite Wrestling (AEW) just to name a few.

2. Rhodes is good with the mic and a compelling storyteller

Cody Rhodes has proved that he is incredible at cutting promos, placing him among the wrestling’s most prolific talkers of the current generation. Rhodes cut a brilliant promo where he discussed his desire to obtain the only championship that has eluded his family on the post-WrestleMania edition of RAW. The American Nightmare provided excellent performance and laid the foundation for a long-term storyline.

Rhodes discussed his plans to go after the Undisputed WWE Universal Championship on Miz TV last week on RAW. This is a simple and easy narrative for WWE to push the American Nightmare for the company’s biggest prize.

3. Rhodes is the babyface WWE needs

WWE has been struggling to create credible babyfaces. During his one-and-a-half-year reign, Roman Reigns has beaten all the big stars in WWE. WWE did not have any babyfaces on the level of Tribal Chief before Rhodes arrived. Brock Lesnar looked like the only contender who could challenge Reigns. Cody Rhodes has received the biggest babyface crowd reaction in WWE after his return at the company. He is guaranteed to carry WWE forward once he takes over from Roman Reigns.

4. Cody Rhodes has experience at the top level

Rhodes has been a mainstay of AEW. He wrestled top-level matches against stars like MJF, Sammy Guevara, and Chris Jericho in the promotion that he helped build. In his initial WWE run, Rhodes was consistently involved in the main event as a member of the stable Legacy. WrestleMania 26 and 27 saw him compete in high-profile matches. He competed in several tag team matches against D-Generation X. Rhodes also held his own in the 2009 Royal Rumble, where he was one of the last remaining competitors. Rhodes has all the tools to get the audience invested in his performance as a sports entertainer.

5. WWE needs the next ‘top star’ in the company

Roman Reigns has been at the forefront of WWE programming for more than 8 years. He carried WWE after John Cena left for Hollywood. But sooner or later, the charm will come to an end. WWE will need a new top star to headline their shows in the future. Rhodes has an incredible influence on the fans and is probably the next best thing WWE has now, after Roman Reigns. It is inevitable to see Cody Rhodes dethrone Reigns and take over as ‘the guy in WWE. Cody Rhodes has returned at the right time and could help keep the WWE product fresh.

Cody Rhodes belongs to a well-respected wrestling family. His father, the American Dream Dusty Rhodes is a renowned wrestling legend. This could add to him being the poster boy of WWE. Rhodes already appeared in an NBC advert, where he represented RAW alongside Roman Reigns, who represented SmackDown. We’ll have to wait to see what happens.