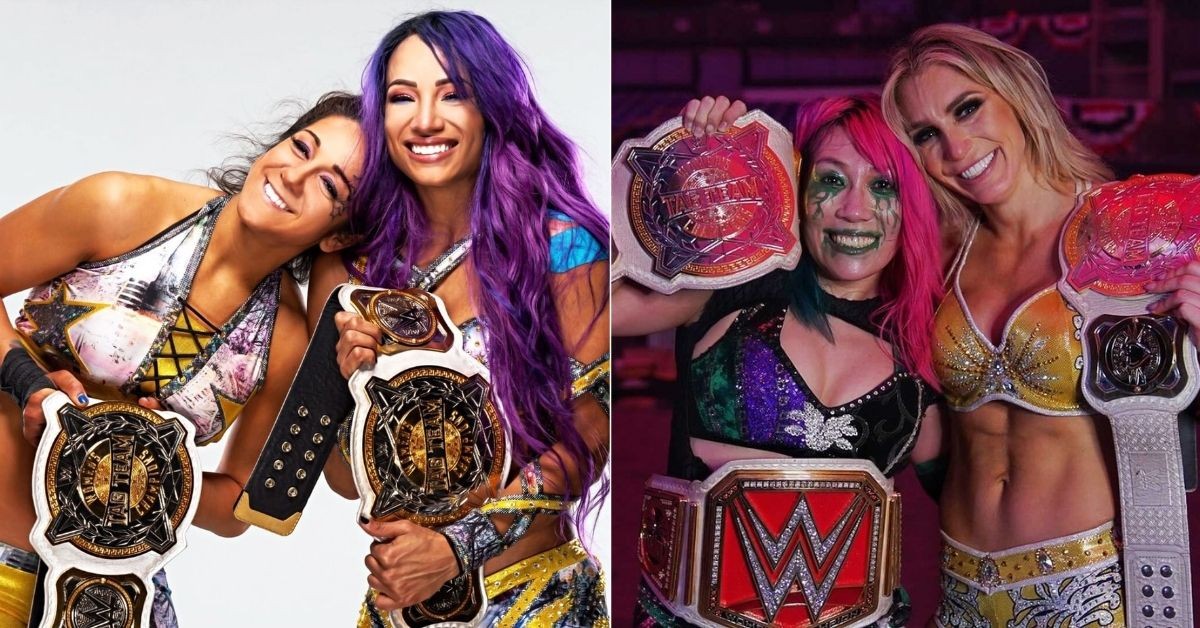 WWE has the best women’s division in the wrestling industry. The Women’s Tag Team Championship was introduced in 2019 but has failed to become the success everybody hoped it would be. Let us take a look at a few reasons why the women’s division has failed.

EXCLUSIVE: After winning the WWE #WomensTagTeam Championship at #WrestleMania, The #IIconics show off their new titles. pic.twitter.com/7UNjZaVGUE

5. The Women’s Tag Champions have only been transitional

Since their inception, the winners of the Women’s Tag Team Championships haven’t had a strong reign. All the women’s tag teams have been playing ‘hot potato‘ with tag titles.

The longest reign was recorded by the Kabuki Warriors, (Asuka and Kairi Sane) who held the titles for approximately 181 days. One of the major reasons for that long reign was that they hardly defended the titles. It has weighed the titles down as an insignificant prop for the show.

WWE has a large number of female talents on RAW, SmackDown, NXT 2.0, and NXT UK. But despite this, there is no credible competition in the division due to a lack of tag teams.

WWE has more or less the same superstars teaming up randomly without any reason to compete for the tag titles. Both RAW and SmackDown have 10-15 female talents, which makes it hard to create more than a couple of tag teams.

3. Lack in quality of matches

The matches for the women’s tag titles are never booked to steal the show. Firstly, having random teams competing against each other, the fans hardly pay attention to the match. Secondly, with hardly 10 minutes given per match, the superstars are unable to do much to entertain the fans either.

There has hardly been any interesting match since the inception of these titles. Other titles on the main roster have comparatively better matches, apart from the 24/7 title, which is mostly used for comedic purposes.

Considering the superstars who have won the Women’s Tag Team Championships, fans are always left disappointed with the match quality.

The Women’s Tag Team Championships are defended across three brands, mostly on RAW and SmackDown, but sometimes on NXT. Now NXT having its own tag titles has created inconsistencies in representation.

Though there are superstars like Sasha Banks, Bayley, Naomi, Asuka, and Charlotte Flair who have the star power, the rest of the roster does not have enough juice to justify the titles to span across brands.

The current champions Sasha Banks and Naomi, have defended their titles against random teams without any proper feud or storyline. It has reduced the fans’ interest in these titles.

What do you think are the reasons for the down fall of the WWE Women’s Tag Team Championships? Drop your comments below.