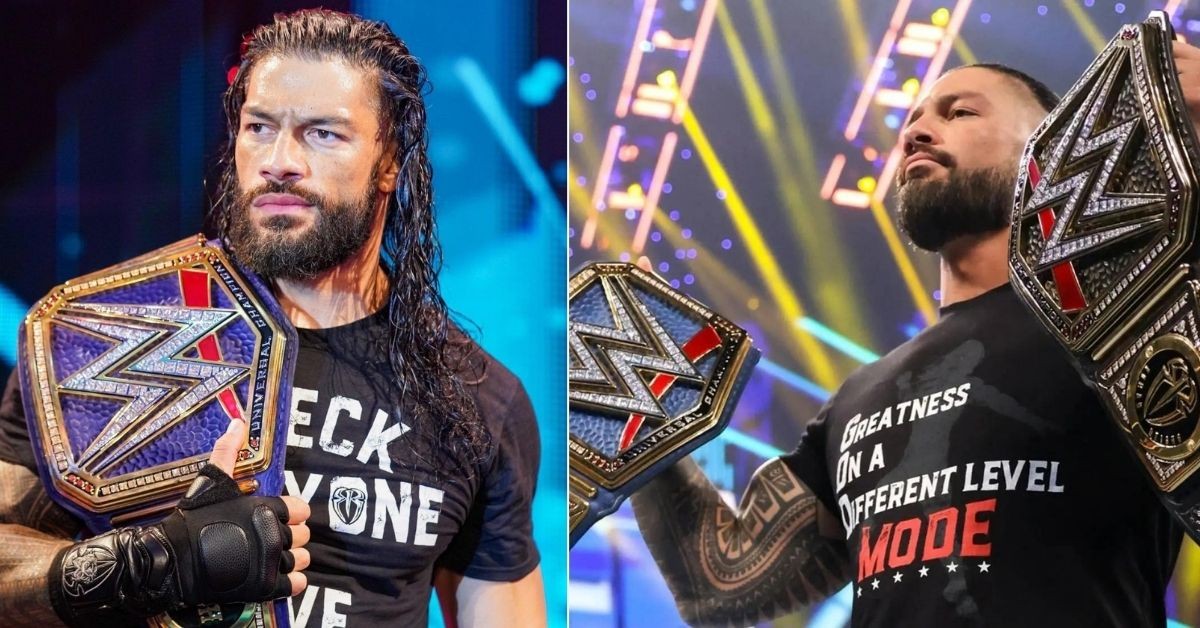 Roman Reigns has been in the news after he hinted at a new phase of his WWE career in a promo at a house show. There have been several reports and speculations about the change in his status with WWE.

No sign of Roman Reigns for WWE Hell in a Cell advertising. pic.twitter.com/LyGYqmShxC

Dave Meltzer from Wrestling Observer Newsletter has reported that the Undisputed WWE Universal Champion Roman Reigns won’t be appearing at Hell in a Cell. Here are a few reasons why.

5. Roman Reigns has a relaxed schedule

Roman Reigns recently signed a new contract with WWE, stating that he will have a more relaxed schedule. The new contract allows him to appear on fewer house shows.

Roman Reigns supposedly has signed a new contract extension with WWE that will see him wrestle significantly less house show dates. That’s great but we all may be watching the final major run of Roman Reigns career, and the urgency to create new stars is greater than ever pic.twitter.com/8F02AT7cd3

Reigns is still reportedly a full-time WWE superstar but won’t be appearing on smaller house shows and may even take some time off now and then.

4. WWE is treating Roman Reigns as a ‘prize fighter’

Many reports indicate that the Tribal Chief is being treated as the next ‘prize fighter,’ just like Brock Lesnar. His new contract details say everything about his current position in the company.

Reigns has been removed from the updated Hell in a Cell poster. He didn’t defend his title at WrestleMania Backlash but instead teamed up with his cousins, the Usos , to take on Drew McIntyre and RK-Bro. WWE is looking to make more impact with the Tribal Chief’s appearances.

3. Reigns may not be fully recovered from the “rumored” injury at WrestleMania 38

Roman Reigns was seen favoring his left arm after his match against Brock Lesnar at WrestleMania 38. WWE never revealed any statement regarding his injury, but he didn’t compete in any singles match since ‘Mania.

Roman Reigns Injured At The End Of WrestleMania 38 https://t.co/pSRSDeNyi9

His absence from Hell in a Cell could also be a result of him nursing an injury. It could be a factor for him not being involved in a singles match as he didn’t require to take too many bumps during his 6-man Tag Team match at WrestleMania Backlash.

2. WWE doesn’t have any credible challenger for the Tribal Chief

Reigns has beaten possibly every big name on the roster. He has beaten the likes of Edge, Kevin Owens, John Cena, and Seth Rollins. He was rumored to face Drew McIntyre after his ‘Mania bout but has already defeated him, one in Survivor Series 2021 and recently at WrestleMania Backlash.

Cody Rhodes now stands out as the possible challenger to his titles. But the American Nightmare is actively feuding with Seth Rollins and is set for a Hell in a Cell match at the upcoming premium live event.

WrestleMania 38 Night 1 did not feature the top men’s championship but still turned out to be the better show than Night 2 for many. This has given WWE the idea of not wanting to feature the Undisputed WWE Universal Championship in every premium live events.

Night 1 of WrestleMania 38 has been an outstanding PPV. #WrestleMania pic.twitter.com/KFgtt1Gyrs

Vince McMahon may be aiming to put more weight on WWE’s top prize and book the championships for major shows. Roman Reigns will appear on Money in The Bank and has a packed TV schedule till SummerSlam.

What are your thoughts on Roman Reigns’ absence from WWE Hell in a Cell? Drop your comments below.