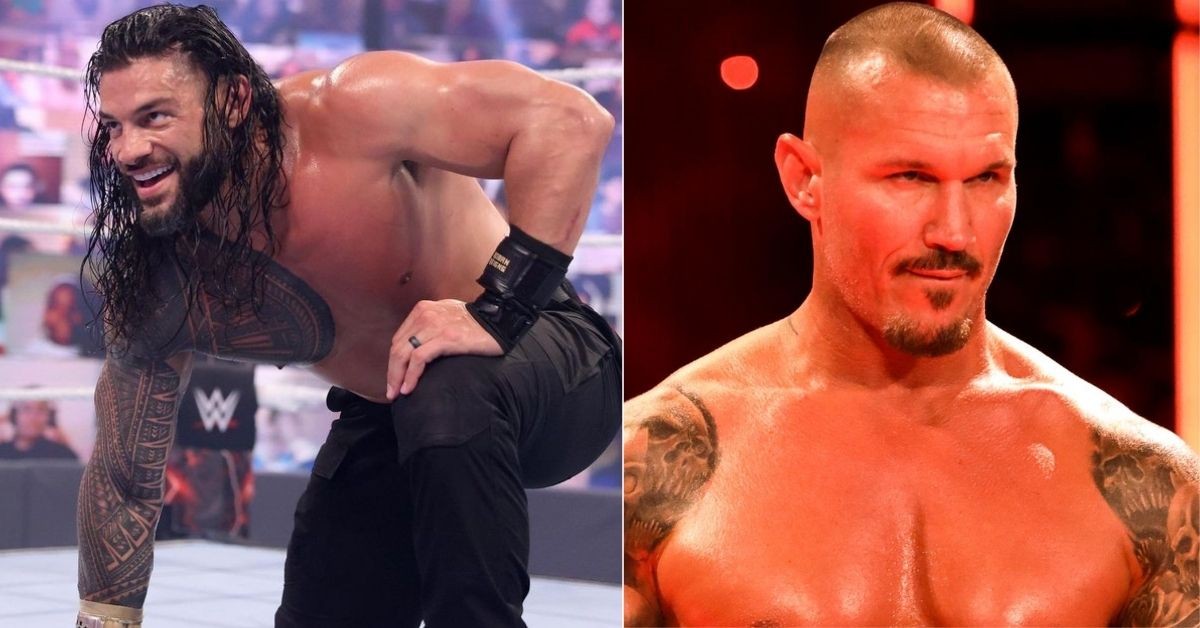 Roman Reigns has cemented his position as the biggest star in WWE after beating Brock Lesnar at WrestleMania 38. WWE hasn’t revealed a new opponent for the Tribal Chief since then.

Randy Orton seems to be the perfect opponent for him. Here are a few reasons why Reigns should fight Orton after the Hell in a Cell premium live event since RK-Bro is scheduled for a tag team match title unification match with The Usos as of now.

Roman Reigns has become the biggest attraction of WWE since becoming the Tribal Chief after his return in 2020. He has beaten almost all the big names except Randy Orton.

The Apex Predator has been tearing it up on RAW as the red brand’s Tag Team Champion with Riddle. Beating Orton would further solidify Roman Reigns as the top superstar of this generation.

4. Roman Reigns vs Randy Orton is a big-time headliner

Both Randy Orton and Roman Reigns have big star power and are two of the biggest draws in WWE today. A match between them has the potential to be one of the biggest main events of all time at any given premium live event.

Both superstars have a rich history with each other and would make for a great feud given their accomplishments in WWE. It is one of the few feuds that has the star power to draw big crowds after the Reigns-Lesnar rivalry.

3. Orton is a credible challenger

Randy Orton is one of the biggest superstars in WWE history. He has been the WWE World Heavyweight Champion 14 times. Orton is a 20-year veteran of the game and is still one of the most relevant and popular superstars in 2022.

He has shown his class in multiple main-event storylines and would appear as a believable contender to Reigns’ championships. Orton is one of the most respected superstars in the current roster.

2. Randy Orton is the one of the most over superstars in WWE today

Randy Orton’s work with Riddle as RK-Bro has made him one of the most loved superstars among WWE fans. They are now a two-time RAW Tag Team Champion and RK-Bro is one of the most acts in WWE.

With Roman Reigns being the biggest heel in the company, It would be a good time to have the Tribal Chief engage in a rivalry with the Apex Predator.

1. RK-Bro is the only team that has been able to challenge The Bloodline

The Bloodline is the most dominant stable in WWE as of now. All three members are champions and the highlight of the main event scene of SmackDown. Recently, RAW Tag Team Champions RK-Bro has proved that they can go toe-to-toe against The Bloodline.

Orton and Riddle have shared wins against The Usos in singles competition and are constantly engaged with The Bloodline on both brands.

WWE may look to break up RK-Bro after their match against the Usos to unify the tag titles, and this could bring about the Reigns vs. Orton rivalry soon. Drop your thoughts in the comments below.