5 Shocking Results That Can Take Place at WrestleMania Backlash 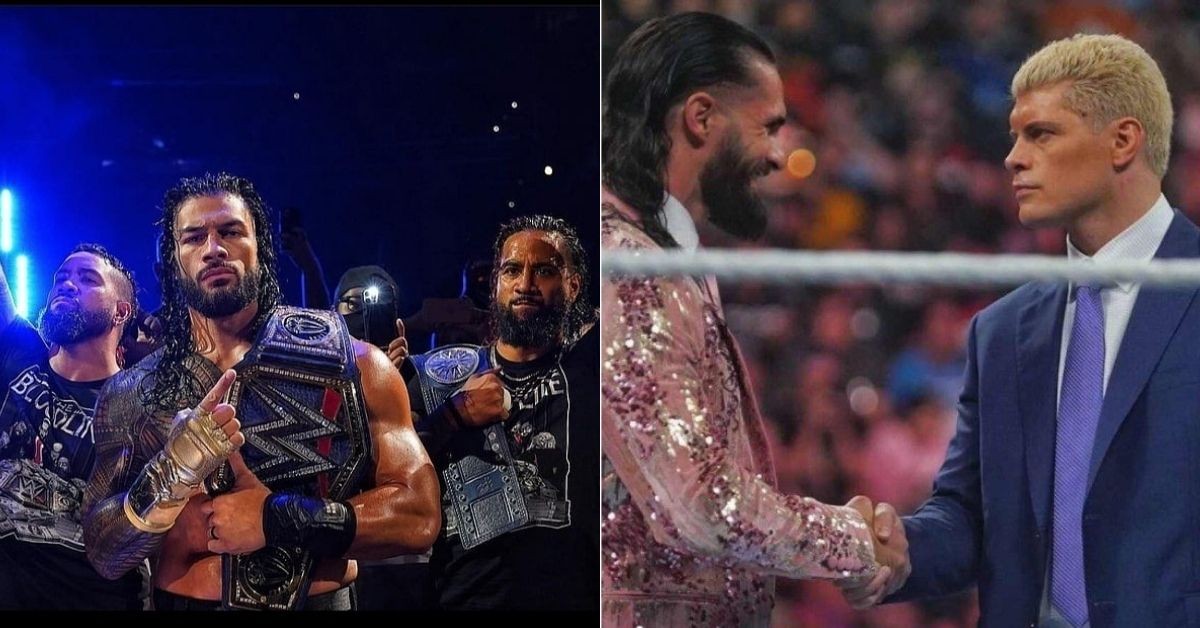 WrestleMania Backlash will take place on May 8, 2022, at the Dunkin’ Donuts Center in Providence, Rhode Island. WWE has updated the match card for the show after scrapping the Tag Team Title Unification match between RK-Bro and The Usos.

Be the first in the know for the pre sale code: https://t.co/55x68brxPB pic.twitter.com/RqeCAZ52w0

Here’s a look at a few surprises we could get at the upcoming premium live event.

Omos is the most powerful giant in WWE today. WWE has shown its intent to push the 27-year-old superstar since breaking up with AJ Styles. Omos is now feuding with former WWE Champion Bobby Lashley after the latter answered the giant’s open challenge at WrestleMania 38, which Omos lost.

Both superstars will face each other at WrestleMania Backlash, which could see Omos defeating Bobby Lashley. This feud may get stretched for an extended period, and Bobby Lashley might put over Omos.

The Beast Incarnate Brock Lesnar has been out of WWE programming since losing his WWE Title at WrestleMania 38 to Roman Reigns. WWE has not revealed any update regarding Lesnar’s return.

Since August Brock Lesnar has been great fun to watch on a near weekly basis ????

He acknowledged the fans before leaving the #WrestleMania stage… pic.twitter.com/ukpiyhAdLQ

Lesnar was seen waving goodbye to the fans after his match at ‘Mania. WWE may surprise the fans if they decide to bring back the former WWE Champion at WrestleMania Backlash.

3. Finally, The Rock comes back to WWE

The Rock vs. Roman Reigns match has been the talk of interest among fans. WWE has subtly tried to tease the match between the two Samoan superstars in TV shows like NBC’s Young Rock and WWE Evil.

The John Cena vs. The Rock was one of the biggest matches of all time and that was being built up for a whole year. So if the Rock vs Roman Reigns is going to be the main event of WrestleMania 39, then this is the perfect time to start building it.

WWE could take a similar route and start building the Reigns and The Rock feud till it culminates at next year’s WrestleMania. He could appear in the closing moments of the 6-Man tag team match between the Bloodline and RK-Bro & Drew McIntyre.

WrestleMania Backlash will also feature the second match between the American Nightmare Cody Rhodes and The Visionary Seth Rollins. Rhodes defeated Rollins after revealing himself as Vince McMahon‘s handpicked opponent at WrestleMania 38.

Cody Rhodes has been presented as the face of Monday nights. It is possible that WWE might move him quickly to the title scene after if he beats Seth Rollins in the upcoming premium live event.

The Undisputed WWE Universal Champion Roman Reigns has conquered most of the big names in WWE, except Drew McIntyre. WWE could look to push this feud forward by having Drew McIntyre pin the unstoppable Tribal Chief. Roman hasn’t been pinned or submitted for almost one and a half years since becoming the Universal Champion.

It’s not clear what will follow at WrestleMania Backlash. None of the men’s top singles titles or tag team titles will be on the line. WWE will have to come up with something good to follow up with one of the best WrestleManias in recent memory. Drop you thoughts in the comments below.