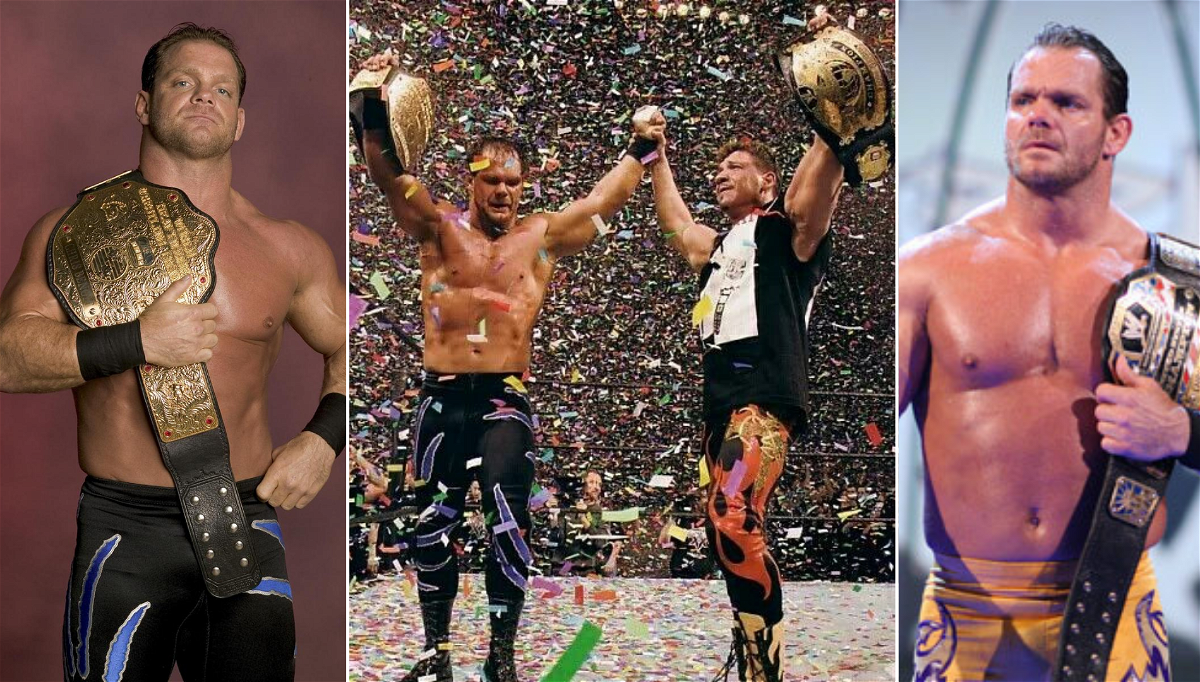 WWE has completely erased wrestling icon Chris Benoit’s history in the company. The “Rabid Wolverine” had become one of the most popular WWE superstars during the early 2000s. Benoit was a well-respected in-ring veteran and one of the most intense WWE superstars ever. WWE has tried to erase Benoit from their history books following an incident involving him murdering his wife and son before committing suicide. Here are a few ways WWE has tried to erase the Canadian wrestler’s connection with the biggest wrestling promotion in the world.

Benoit would go on to face Shawn Michaels and HHH for the #WWE World Heavyweight Championship at #WrestleMania 20#RoyalRumble #royalrumble2021 #benoit pic.twitter.com/BmTWfDOeMl

WWE has stopped talking about the main event of WrestleMania 20

The main event of WrestleMania 20 was one of the greatest main event’s in the show’s history. Chris Benoit has won the WWE World Heavyweight Championship after defeating Triple H and Shawn Michaels in a triple threat match. Benoit’s long time friend and WWE legend Eddie Guerrero won the WWE Championship on the same night. Both wrestlers embraced each other at the end of the show.

The crowd that night erupted with cheers the moment Triple H tapped out to Benoit’s submission move. It was one of the most wholesome WrestleMania moments ever. But WWE had kept it out of the public view following the horrific incident.

Chris Benoit’s name is never used in any WWE TV shows. Any promotional material or video packages involving the legendary wrestler have been prohibited from use during live television. There are no mentions of Benoit’s name in any of the matches available on WWE’s streaming service, The WWE Network.

Randy Orton is a WWE legend who has achieved everything in WWE. In addition to being a 14-time world champion, he was the youngest to capture that championship. The WWE’s “Apex Predator” won the championship at the 2004 Summerslam pay-per-view after beating Chris Benoit. WWE has always mentioned Orton being the youngest champion without using Benoit’s name as the opponent he defeated to win the championship.

WWE took another step and went further to remove certain commercials that involved Chris Benoit following his tragic incident. The commercials for the WrestleMania 21’s Money in the Bank Ladder Match were removed. It was the inaugural edition of the MITB match which was won by Edge. He later went on to cash it in on John Cena at New Year’s Revolution in 2006.

Chris Benoit had always been a workhorse for WWE. Benoit was a ruthless machine but at the same time one of the most beloved wrestlers during his peak. Benoit’s accomplishments and status as a wrestling legend can never be forgotten. He was a part of some of the most memorable WWE moments ever.