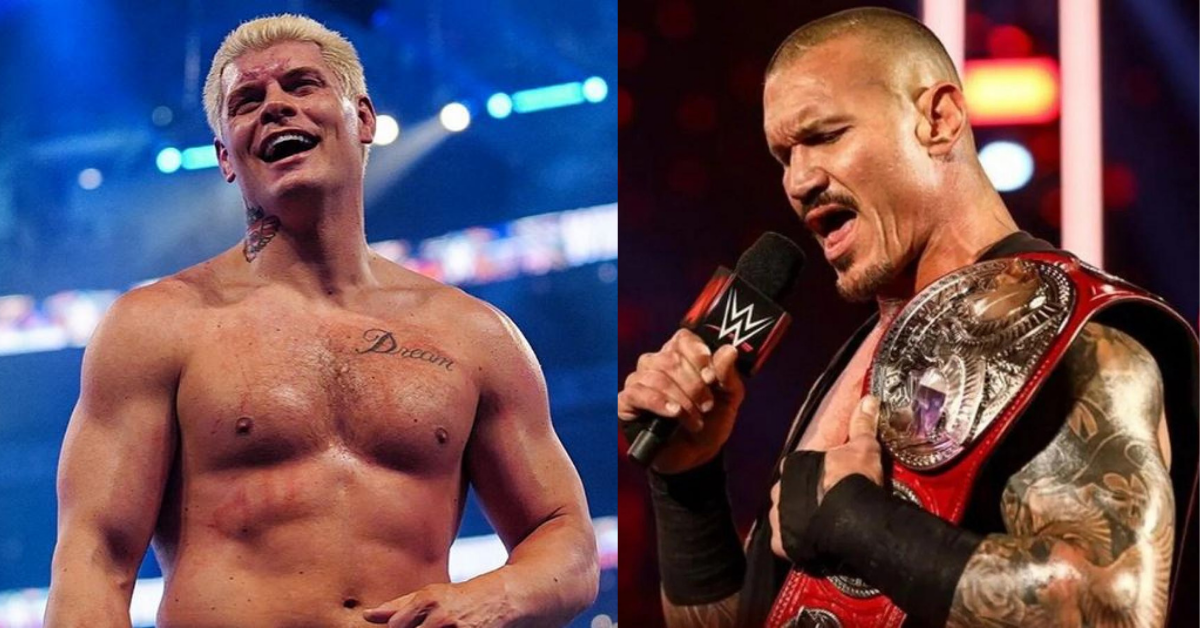 Randy Orton and Cody Rhodes are two of the most recognizable athletes in professional wrestling. Rhodes left WWE in 2016 and later worked to create the company’s first rival promotion since WCW, All Elite Wrestling (AEW), in 2019. He made an incredible return at WrestleMania 38 as Seth Rollins‘ surprise opponent and won the match. Fans have wondered about Rhodes’ relationship with Randy Orton behind the scenes.

DAMN (Ron’s Simmons voice)
Can’t wait to have you back one day codeman. Legacy reboot? Ha I kid I kid https://t.co/Ya07a3fO3g

Rhodes and Orton share a rich history. The American Nightmare worked with Randy Orton during his initial days in WWE. He had his debut match against the Viper. He later aligned himself with Orton to form the stable Legacy, with Ted DiBiase Jr. as the third member. Rhodes was constantly involved in the main event and had been a prominent star during the ‘Age of Orton.’

They’d engage in a famous rivalry with D-Generation X and the McMahon family. The group would eventually combust, and each superstar would go in separate creative directions. Legacy was one of the most notable factions during the PG Era of WWE.

Rhodes would leave WWE and wrestle in several promotions worldwide before playing a vital role in creating All Elite Wrestling. Randy Orton would continue to thrive in WWE and become a bonafide legend in the company’s history. Orton recently completed 20 years with WWE in 2022.

Are Randy Orton and Cody Rhodes friends in real life?

The American Nightmare called Orton one of his mentors, helping him develop into a better performer. Rhodes and Orton have maintained a healthy relationship even after competing in different promotions. Both superstars come from wrestling families.

Cody Rhodes posted a Tweet in 2019 where he mentioned a few people who helped him grow in the professional wrestling industry. He mentioned the names of Vince McMahon, John Cena, and Randy Orton.

WWE and AEW are known to trade jabs in their programs. Randy Orton once took a shot at Bullet Club in a promo. Many fans urged Rhodes to hit back at the Viper, but he didn’t make an issue of it. Rhodes and Orton now perform under the same brand, RAW, and have shown no signs of heat with each other.