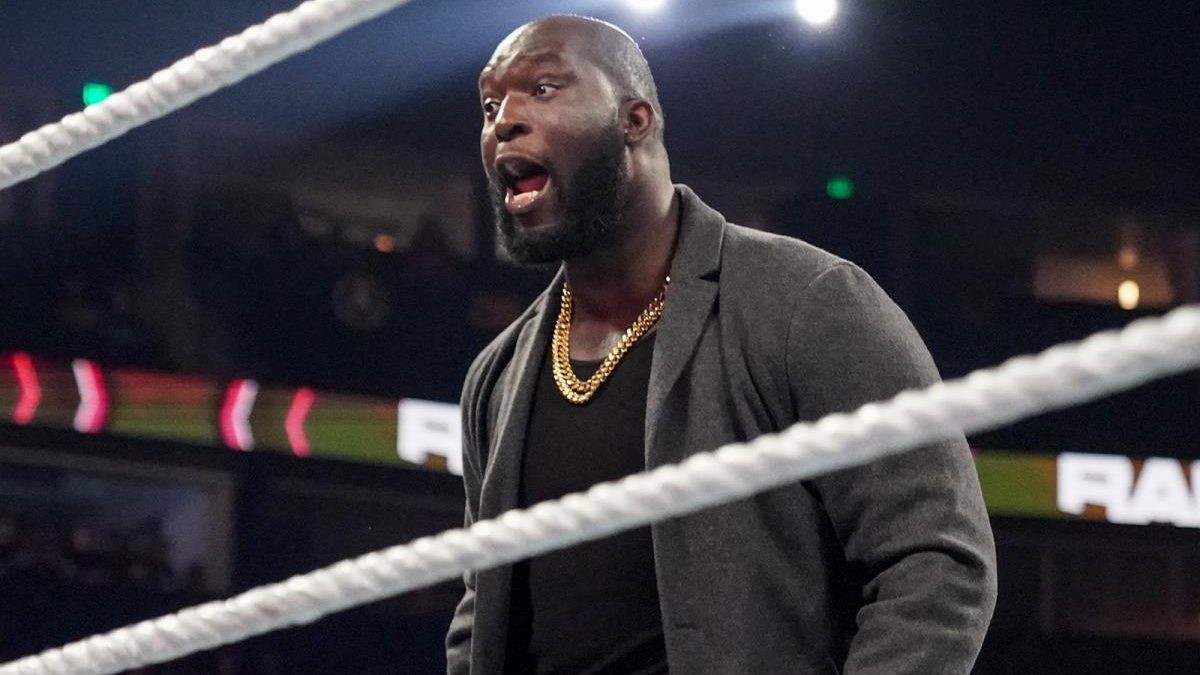 Toulope “Jordan” Omogbehin or better known as Omos, is a WWE Superstar. He wrestles and performs on WWE’s Flagship Brand RAW. Standing at 7’3 and weighing over 400 Pounds, The former tag-team champion is one of the tallest superstar to ever stand inside a WWE ring.

Omos emerged in WWE as AJ Styles’ personal colossus in 2020. The two quickly formed a formidable Tag Team that went on to win the WWE RAW Tag Team Championships at WrestleMania 37. However, since then the tag team has dissolved and Omos has gone on a singles run. WrestleVotes has reported that WWE has significant plans for Omos in 2022.

If it felt like they sped up the Omos & AJ Styles spilt, it’s because they did. Source says both superstars have significant plans in early 2022, and wanted any type of blow off program done prior to the major Rumble & Mania events.

Omos will become WWE Champion in the coming years

Omos is a monster of a man. His towering presence is enough to intimidate any opponent he faces. If there’s one fact in pro wrestling that is undeniable, it is that WWE Chairman Vince McMahon LOVES big men. This is also evident in the push Omos is receiving on WWE RAW.

Professional wrestler Leo Sparrow, in speaking to Nick Sanders of Jofo in the ring, predicts that Omos will become a WWE Champion. He described his experience of wrestling Omos on WWE RAW, “When he gave me that squisher in the corner, all the air came out of my body. That was my body’s natural reaction to push him away and collapse. That was as real as real gets. I believe that’s what they wanna see in WWE Champions… legitimacy. He’s the biggest human I’ve ever seen in my life. He absolutely will become World Champion.”

WWE Legend The Undertaker spoke about Omos on WWE’s The Bump in November 2021, “There won’t be another Andre but this guy is as close as we’ve come. And that’s a big statement. Omos is special. The big thing for him to know and realize that he’s special and he’s different from everybody else.”

Undertaker further added, “He’s just a big, strong man. It’s important for him to make sure that he protects that. He and I have had a couple of conversations about what he should do and what he shouldn’t do and if things get too heated, call me.”

“There will never be another Andre, but this guy is as close as we’ve come… and that’s a big statement.” – @undertaker on @TheGiantOmos #WWETheBump pic.twitter.com/NBLzQajEv1

Such a statement coming from someone like The Phenom is HUGE. This proves how highly WWE rates Omos backstage.

However, Omos is still considered ‘green’ in the ring. WWE splitting him up from AJ Styles and sending him on a singles run is exactly what he needs. Time spent in the ring is of the essence. The former tag champ might toil around in the mid-card scene for a while, maybe winning the US or Intercontinental title will certainly help matters. He needs to improve in the ring but that should not be a problem. Just look at how good Braun Strowman got. Once he masters the ability of in-ring storytelling, he could then explode onto the main event scene and eventually win the WWE Championship at some point in the near future.

Do you think Omos will win the WWE Championship soon?