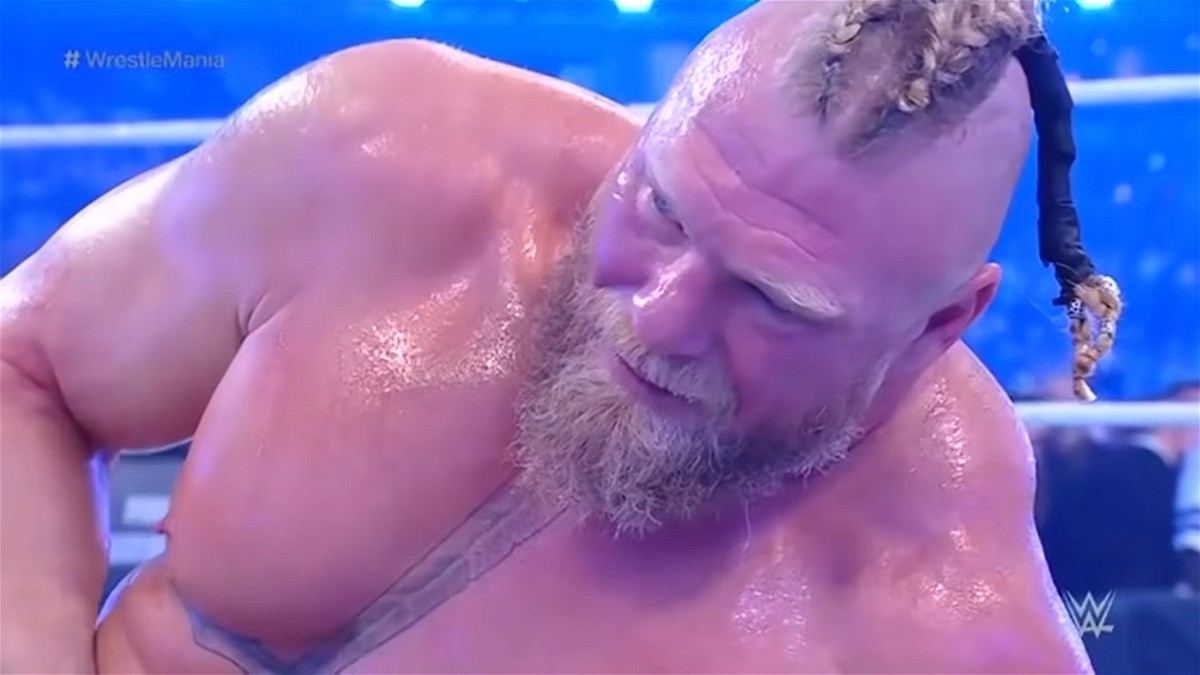 Roman Reigns pinned Brock Lesnar in the main event of WWE WrestleMania 38 Night Two to win a historic victory and become the Undisputed WWE Universal Champion. Fans are speculating when Lesnar might return or if he will be retiring soon.

Brock Lesnar had plans to retire in 2020

The “Beast Incarnate” declared during an appearance on The Michael Kay Show that he had announced his retirement after losing to Drew McIntyre at WrestleMania 36. He remarked that when his contract expired after that match, he was satisfied with his career coming to a full circle.

Brock Lesnar considered himself to be retired after WWE WrestleMania 36 https://t.co/XEa7ltx9Ev

Lesnar said, “When I was younger, I thought I want to retire when I’m 40,” said Lesnar. “And I actually retired when COVID hit and my contract was up in 2020, I think. So full circle Brock Lesnar story, had my first pro wrestling in Hamel, Minnesota in a garage in front of no people. And 20 years later, I’m the WWE Heavyweight Champion of the world, had my wrestling match in a warehouse in front of no people. So 20 years, full cycle, full revolution. And I’m alright cool that’s, I’m out. My contract was up.”

Is Brock Lesnar going to retire in from WWE?

Brock Lesnar revealed that he thought he was retiring in an interview before the last MSG live event. The “Beast Incarnate” thought that his journey had run its course and that he should put his boots aside. Regardless of the stakes, we all know Lesnar does what Lesnar wants. If he feels he’s had enough of in-ring action, we may never see him within the squared circle again.

Lesnar has accomplished everything that is imaginable in WWE. It could be years before modern-day superstars outperform Lesnar in terms of popularity. His legendary historical accomplishments, along with his continued popularity well beyond his prime, demonstrates how he has always been a generational talent. Lesnar has been advertised for two more premium live events i.e. WrestleMania Backlash and Money in the Bank. It will be interesting to see what would unfold for the “Beast” as we approach the said live events.