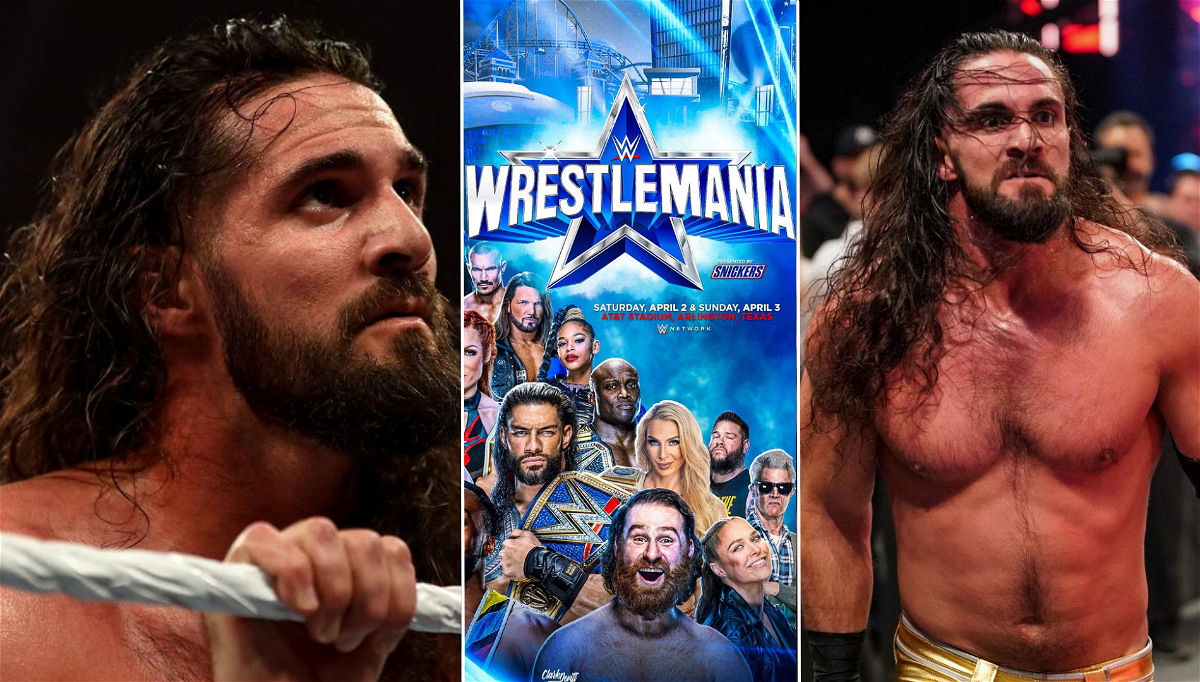 Seth Rollins is still begging WWE management to have a match at WrestleMania 38. Week after week, the Monday Night Messiah has given his best for the business. Rollins has been on television on a regular to provide non-stop entertainment for the fans. The fans always love him, whether he is a babyface or a heel. So it is mind-boggling to me that Seth ‘Freaking‘ Rollins still does not have a confirmed match at WrestleMania. I understand it is a storyline, but why should Rollins be in this? Let me run down everything that is wrong with this storyline. But before I get to that, let me quickly run down the accolades of the Visionary in WWE.

The rise of Seth Rollins

The Messiah of Monday Nights is the first-ever NXT Champion. Rollins is a Grandslam champion and is the only Male superstar to win all the top titles in WWE. That includes the WWE Title, the Universal Title, the US Title, the Intercontinental Title and the NXT Title. Even when Rollins has not held a title, the Visionary has been putting on great matches, exceptional promo segments and overall has been one of the best ‘Sports Entertainers‘ of all time. It is also to be noted that other than the unexpected knee injury, Seth ‘Freaking‘ Rollins has never missed a day in the office.

Everything that’s wrong with the Seth Rollins storyline?

So, let me talk about why this storyline makes absolutely ZERO sense. WrestleMania 38 is a 2-night event and Seth ‘Freaking‘ Rollins has been begging for a match on the show. The response that Adam Pearce has been giving Rollins is that he does not have a spot for Rollins on the show. Someone help me make sense of that. It is a 2-night event that will be a minimum of 8 hours in total. It is just mind-boggling.

That is the storyline given for Rollins, ok fine, but how can that make sense, when every other superstar has practically just asked for a match or they randomly show up and instantly are put on the card. Edge, the Street Profits, Sami Zayn, The Miz and even Kevin Owens, all have asked for a match and they have gotten it. But Rollins does not get one? Shayna Baszler and Natalya have hardly been on television but they randomly show up and are instantly on the WrestleMania card. Carmella is a champion who doesn’t even care that she is on the WrestleMania card.

I totally understand that it is all a storyline, but these storylines all would work fine if they are all in different timelines. It doesn’t make sense for random superstars to talk their way into a match while Rollins is not given an opportunity no matter what he does.

At this rate, he might really need to find and Stomp a Leprechaun to get a match at WrestleMania.

I think everyone knows that if he does get an opportunity, his WrestleMania opponent will be Cody Rhodes. So why can’t Rhodes show up on Raw already? Reportedly, Rhodes has signed with WWE about 2 weeks ago, so the head of the Nightmare family could have popped up at last week’s Raw.

Are you a fan of this storyline? Let us know.