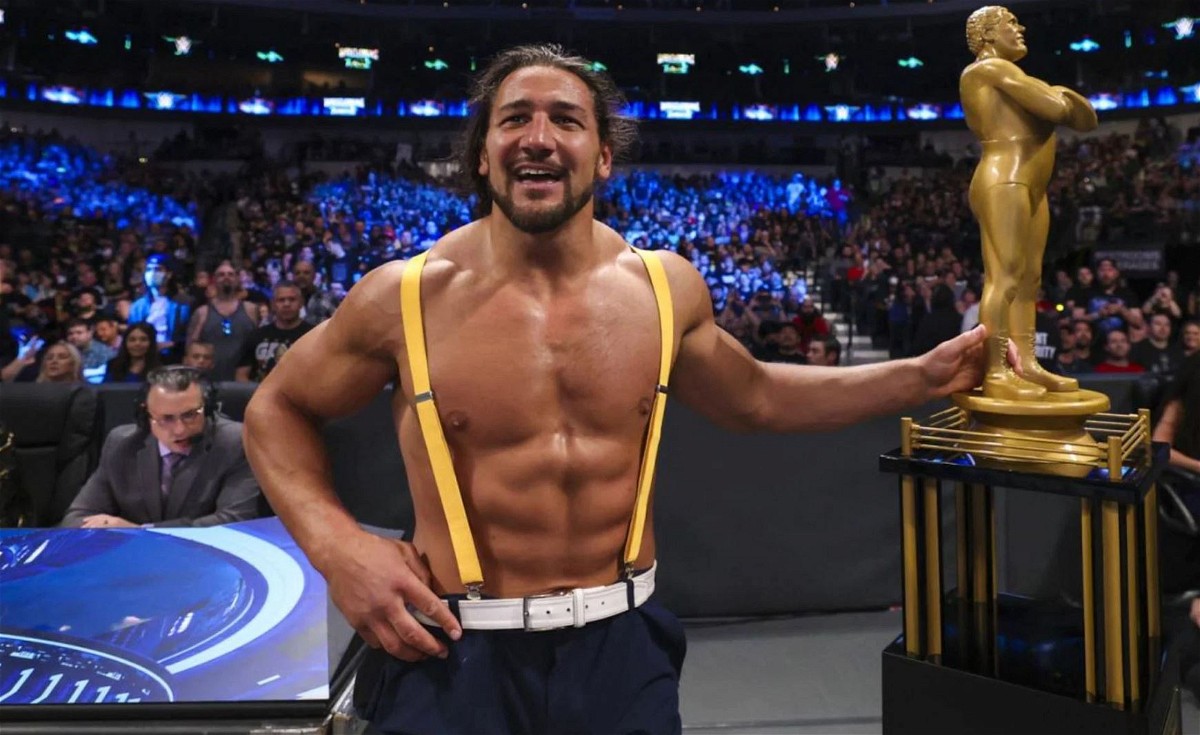 Although WrestleMania is WWE’s biggest show of the year, it has a few traditions that the fans can point to other than the Undertaker’s Streak and celebrities popping out of the woodwork. The ‘Andre The Giant Memorial battle Royal’ is one tradition that WrestleMania has adopted in recent times. The competition takes place to honour the “8th Wonder of the World”.

Madcap Moss was the winner of this year’s edition of the match. Winning the battle royal hasn’t done much to the wrestlers and the show is often seen as time filler for WrestleMania. A lot of superstars who have won it, have seen their careers derailed to a lower card performer. Let us take a look at a few wrestlers who have been cursed by the Andre the Giant Battle Royal.

Cesaro was one of the greatest ring workers during his time in WWE. He could fly and he was strong. He never ceased to amaze the fans whenever he performed a power maneuver. Cesaro was an indie wrestling superstar and fans thought he could be a major player in WWE due to his size and technical skill. “The Swiss Superman” was the winner of the inaugural edition of the Andre the Giant Battle Royal at WrestleMania 30. His win came after finally eliminating the Big Show with an impressive scoop slam.

The win did nothing for the career of Cesaro. He always a prominent mid-card wrestler for most of his career. Cesaro did get a shot at the WWE Universal Championship against Roman Reigns but lost. “The Swiss Superman” didnt really fulfil his potential in the biggest promotion.

Baron Corbin, now known as Happy Corbin, debuted at WrestleMania 32 and scored an impressive win after eliminating Kane. From then on, Corbin started feuding with Dolph Ziggler. He was then involved in a WWE Champion match with Ziggler and AJ Styles but failed to do so. He also captured the Money in the Bank contract but failed to cash in successfully. Since then, Corbin has remained as a mid card act.

Mojo Rawley (real name Dean Muhtadi) was a former NFL Player before he became a WWE superstar. Rawley was a part of the tag team Hype Bros with Zack Ryder but didn’t find much success. WWE wanted to push him as a singles competitor. He won the Andre the Giant Battle Royal in 2017. He had a little help from former NFL star Rob Gronkowski and eliminated Jinder Mahal. WWE were able gather some mainstream exposure from the “Gronk” but Rawley’s career subsequently got derailed. WWE released Mojo Rawley in 2021.

Matt Hardy was working on his “woken” Matt Hardy character during 2018. He won the battle royal at WrestleMania 34 but was cursed like all of his predecessors. Following his win at ‘Mania, Hardy had a memorable feud with Bray Wyatt. he later formed a tag team with the “Eater of worlds” and won the Raw Tag Team championships but would drop them to a lesser popular tag team, the B Team. Hardy left WWE in 2020.