What If Cody Rhodes Challenges Seth Rollins At WrestleMania 38? 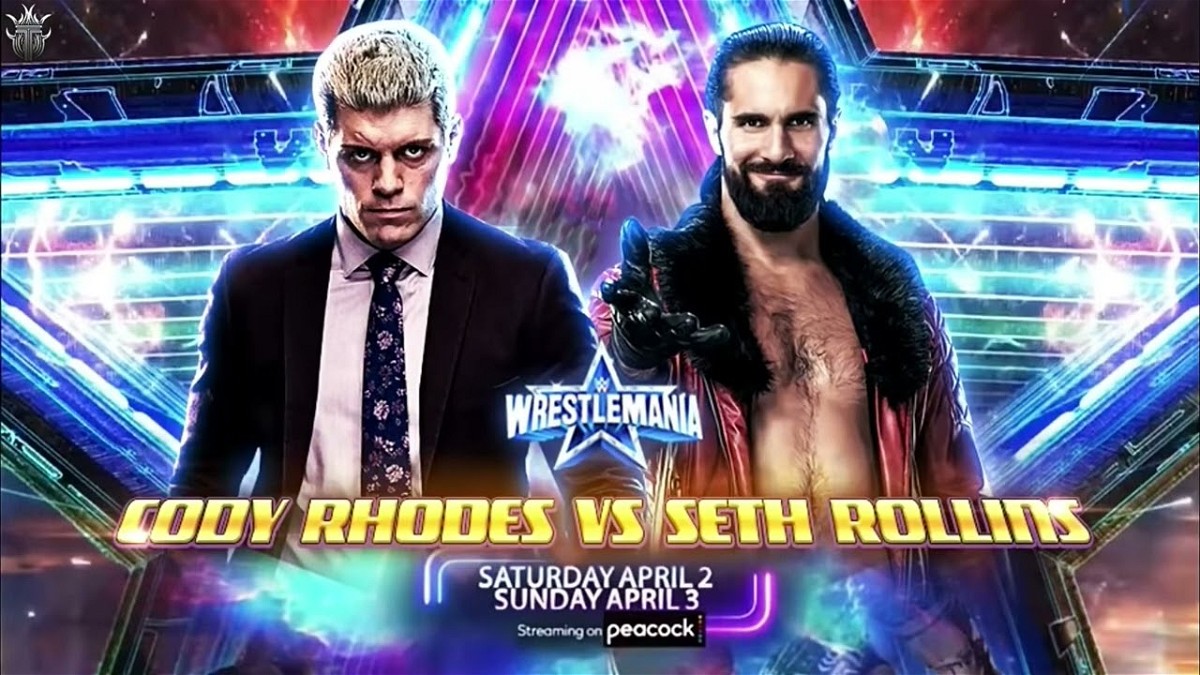 Last week on Monday Night Raw, was the last opportunity for Seth Rollins to head to WrestleMania. The Visionary teamed with Kevin Owens to challenge for the Raw Tag Team Titles. They faced the champions Alpha Academy and RK-Bro in a triple threat match. Unfortunately, Owens and Rollins were on the losing end of the match. Now the Visionary’s WrestleMania vision is a bit blurry. Rollins was devastated and had another psychotic breakdown. Similar to one he had when he lost to Edge and also when he lost the WWE Title Match against Drew McIntyre. So, what if The American Nightmare challenges Seth Rollins at WrestleMania?

Here is how I would book the match and the storyline building up to it.

Will Seth Rollins get a match at WrestleMania?

We are just over 3 weeks away from WrestleMania 38. My booking also is within the same timeline. To be exact, it begins from this week’s SmackDown.

Fresh off his loss at Raw, a deranged Seth Rollins shows up on SmackDown. All that the Visionary wants is a match at WrestleMania. Rollins randomly pops in the office of Pearce and Deville requesting a match and if he gets the match, he will permanently move to SmackDown. He is desperate for a match, the WWE GrandSlam Champion has been at his best and he knows how important it is to be on the WrestleMania card this year. Both Pearce and Deville see how much Rollins wants this, although they acknowledge that, his request for a slot at the grandest stage was denied.

An irate Rollins interrupted Drew McIntyre’s match against Madcap Moss. Rollins gave Drew a beat down for the ages. Still, his match was not granted and was escorted out of the arena.

The following episode of Raw, the show kicked off with Kevin Owens. Owens was glad that Stone Cold Steve Austin accepted his challenge. Rollins came out and pretty much begged Owens to get him a match or at least to be part of the KO Show. Owens said the KO Show is going to be his moment and so denied the Rollins’ request. The Drip God was irate. He went on to attack Owens but then calmed himself. Owens requested some time to see if he could pull some strings. The segment came to an end as Rollins stayed in the ring staring at the WrestleMania sign while Owens walked out saying that he will try to pull some strings.

Raw was almost over and Rollins came out yet again and called out Kevin Owens. Owens came out looking disappointed. The Visionary had a huge smile and he asked Owens who his WrestleMania opponent is going to be. With a sad face, Owens said that his request was denied. Rollins lost it, he began to attack Owens. Owens did not retaliate once, He took the beating as Rollins continued to attack. Punch after punch, Owens was out, Rollins was setting up for the stomp and just at that moment, The “Smoke & Mirrors” theme song played.

Cody Rhodes came out running to help out one of his longtime friends, Kevin Owens. Instantly, Rollins made a run for it. Rhodes was in the ring checking on Kevin Owens. Rollins was at the entrance with a broad smile on his face.

Next week on Raw, Rhodes came out along with Kevin Owens. Rhodes talked about how good of a friend he is with Kevin Owens. Owens then grabbed the microphone and talked about how he knew that Rollins will turn on him and hence called Cody as a back up since his only friend in WWE is not going to be his friend anymore. Then Seth Rollins came out and he laid the challenge to Cody Rhodes for a match at WrestleMania. Rhodes accepted the challenge and he upped the anti by wanting a ‘Falls Count Anywhere‘ match against Rollins. Cody Rhodes said that Rollins attacked two of his friends in the past week in the likes of McIntyre and Owens. So, Rhodes is going to be Rollins’ worst nightmare. The Visionary laughed and went to attack Rhodes but the Dashing one moved out the way.

The following week’s Raw, kicked off with Seth Rollins and Kevin Owens making their way to the ring. Both of them revealed that everything that happened in the past couple of weeks was all planned by both Rollins and Owens. Rollins said that he knew that the authority are not going to get him a match and also he was not interested in stealing the spotlight of his best friend, Kevin Owens.

Owens decided to sacrifice his health for Rollins and agreed to taking a beatdown and Rhodes was so gullible believing all this. Cody Rhodes came out and we got a brawl. But Rhodes was out numbered and thus Rollins and Owens stood tall.

It is finally WrestleMania. Rhodes and Rollins blew the roof off the place. It was a brutal match. Rollins and Rhodes fought all over the arena. Finally, Rollins hit a stomp on Rhodes onto a steel steps to pin Rhodes. Seth Rollins walks out of WrestleMania with a win.

This is how I would book Seth Rollins’ WrestleMania feud.