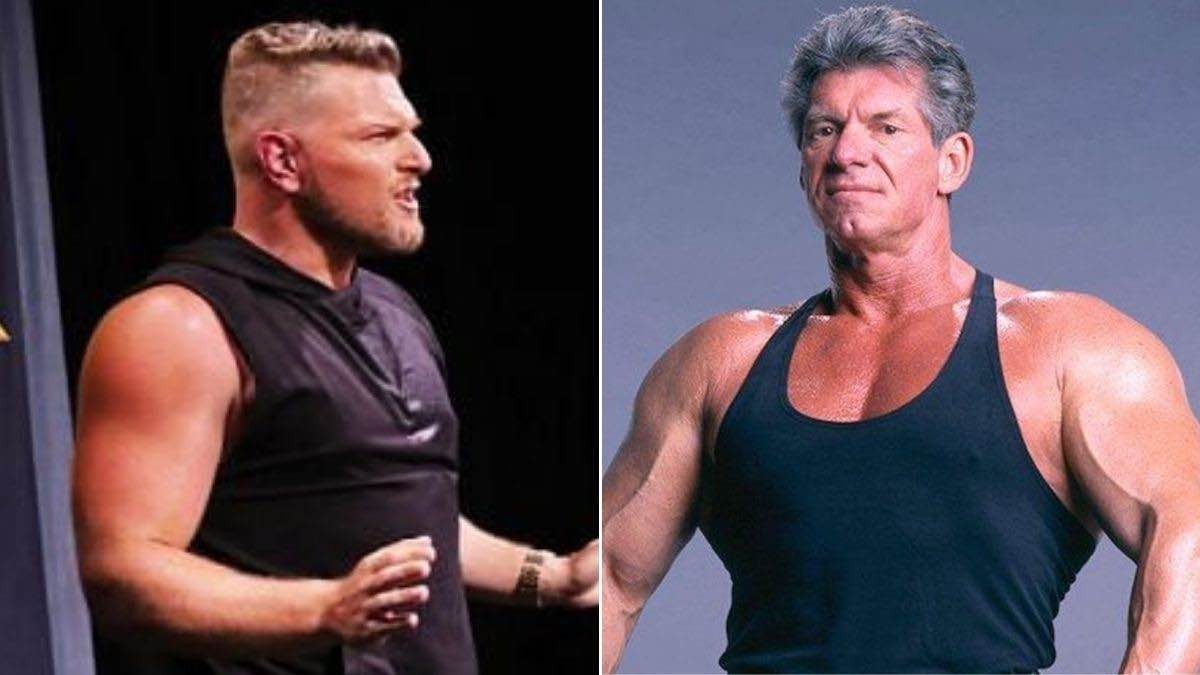 The WWE Chairman and CEO Vince McMahon fought for the first time in 10 years as he defeated former Colts punter Pat McAfee in an impromptu match on Night 2 of WrestleMania 38 at AT&T Stadium on Sunday night.  WWE CEO Vince McMahon had earlier sent Pat McAfee a video of himself squatting 1,000 pounds on a Pit Shark machine at the wrestling company’s Stamford headquarters gym, and McAfee shared it on The Pat McAfee Show’s live broadcast on Friday, days ahead of his match against McMahon’s protégé Austin Theory at WrestleMania 38.

What Happened at WrestleMania 38?

McAfee did not disappoint the fans in his match against Austin Theory. He was all out busting moves like the Swanton Bomb and the Superplex from the top rope. He won the match after pinning Austin Theory with a surprise pin as Theory tried to go for the ATL. Following McAfee’s victory over Theory, which led to one of the biggest pops of the weekend, Vince McMahon foiled McAfee’s celebration with his first WrestleMania win. McMahon, who appeared in great shape, defeated McAfee with the help of Austin Theory.

What happened after Pat McAfee vs Austin Theory match?

“Stone Cold” Steve Austin‘s music hit as Theory and McMahon celebrated, and the legend proceeded to hit Theory with the Stone Cold Stunner. In a nod to their famous on-screen rivalry, he then shared a beer toast with McMahon before delivering an awkward Stunner to the boss. McMahon seemingly took the most awkward stunner ever. McAfee also joined the party. Like the two before him, he also shared a beer with Austin, and he too took a Stunner to an electric crowd.

In a highly emotional match against Theory, Pat McAfee made a major impression. The entire WrestleMania crowd at the AT&T Stadium was behind the SmackDown color commentator. McAfee solidified his position in WWE. During the entire weekend, fans were wildly behind the former punter-turned-broadcaster.