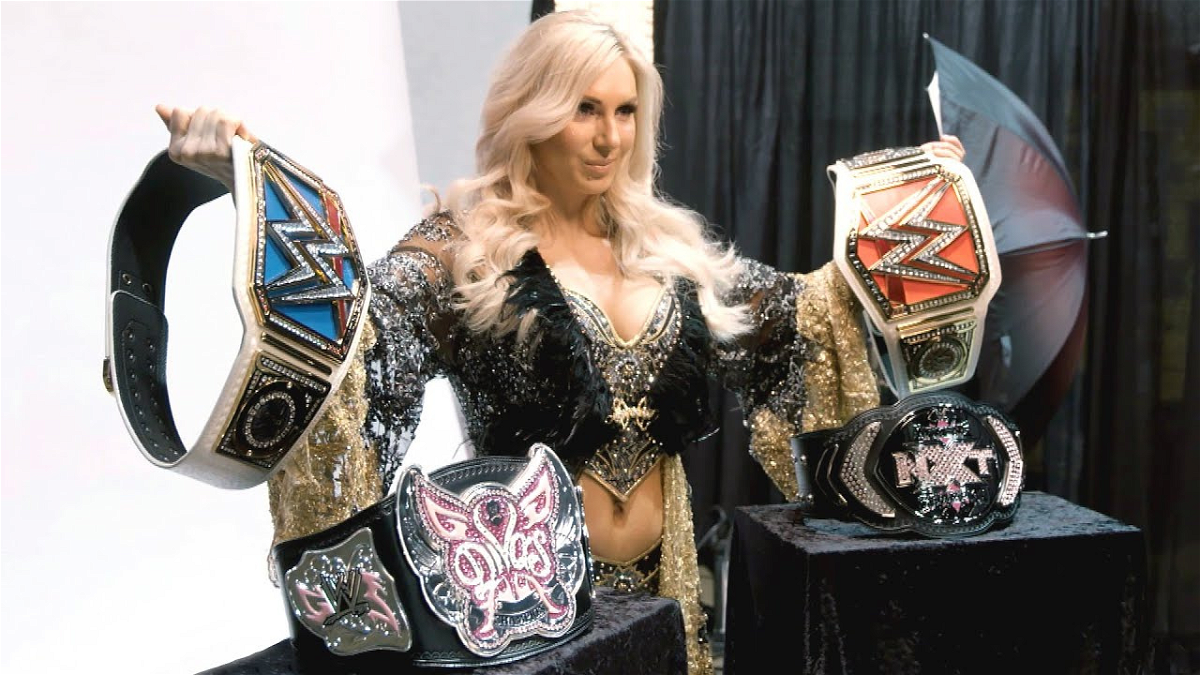 One of the greatest wrestlers of all time is Ric Flair. The daughter of the 16-time world champion, Charlotte Flair, has always made her daddy proud. There is a reason why she is called ‘The Queen‘. Charlotte has always showcased her talents proving to be a freak athlete.  Year after year, Charlotte broke barriers and achieved greatness. She has been a part of iconic moments, she has created some of them and she has won several championships during her career. As 2021 came to an end, the Queen achieved another massive feat.

After gaining enough training at WWE’s developmental Ohio Valley Wrestling (OVW), Charlotte signed with NXT. On July 17th, 2013, Charlotte had her first televised match. It was against Bayley. Later that year both of them formed a tag team. Later on, Charlotte, Bayley, Sasha Banks, and Becky Lynch all teamed together to form the Four HorseWomen of WWE. The HorseWomen went on to fight beside each other and against each other. The Queen has always strived to reach the top of the mountain and has been working harder to remain there. 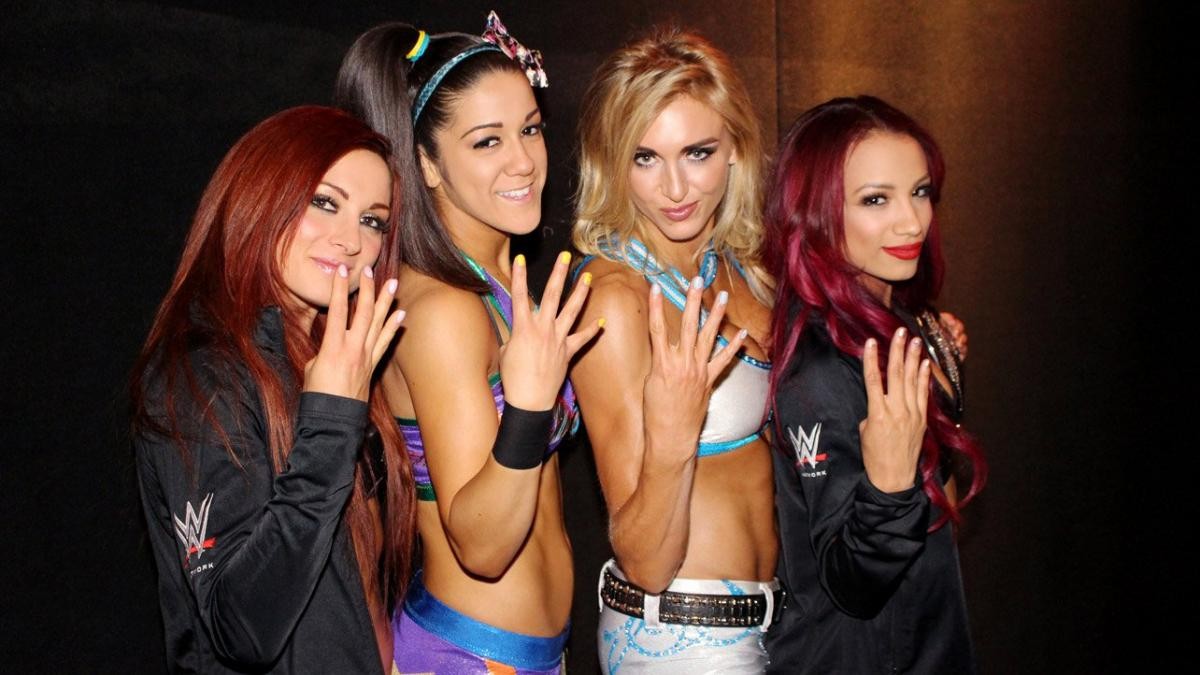 Charlotte tasted gold for the first time in NXT by winning a tournament for the vacant NXT Women’s Title. The Queen defeated Natalya in the finals to hold the title. She went on to hold the title for 258 Days until Sasha Banks took it away in a fatal-4-way match involving all four of the horsewomen. Shortly after, Charlotte got the ticket to join the main roster along with Becky Lynch and Sasha Banks. The Queen ended Nikki Bella’s 301-Day reign as the Diva’s Champion. Charlotte was also the last person to hold onto the said title. The Diva’s championship was replaced by the WWE Women’s Championship. Charlotte was also the first-ever WWE Women’s Champion.

Since then, the Queen has won the RAW Women’s title six times and as also held the SmackDown Women’s title an equal number of times. Charlotte is the female to hold the record of having the most number of Women’s title reigns. The Queen also is one of the first 3 female Superstars to main event WrestleMania. She is the current SmackDown Champion and will make history yet again by being the first ever female single’s champion on the main roster to enter the Royal Rumble. The all-time record is held by Ember Moon who entered the 2018 Royal Rumble as the NXT Women’s Champion.

Charlotte also has won the 2020 Royal Rumble match, which allowed her to win her second NXT Women’s title at WrestleMania. The 14-time Women’s champion has also held the Women’s tag team titles along with Asuka. Making her the 4th woman to become a GrandSlam champion and the 5th woman to become a Triple-Crown Champion. 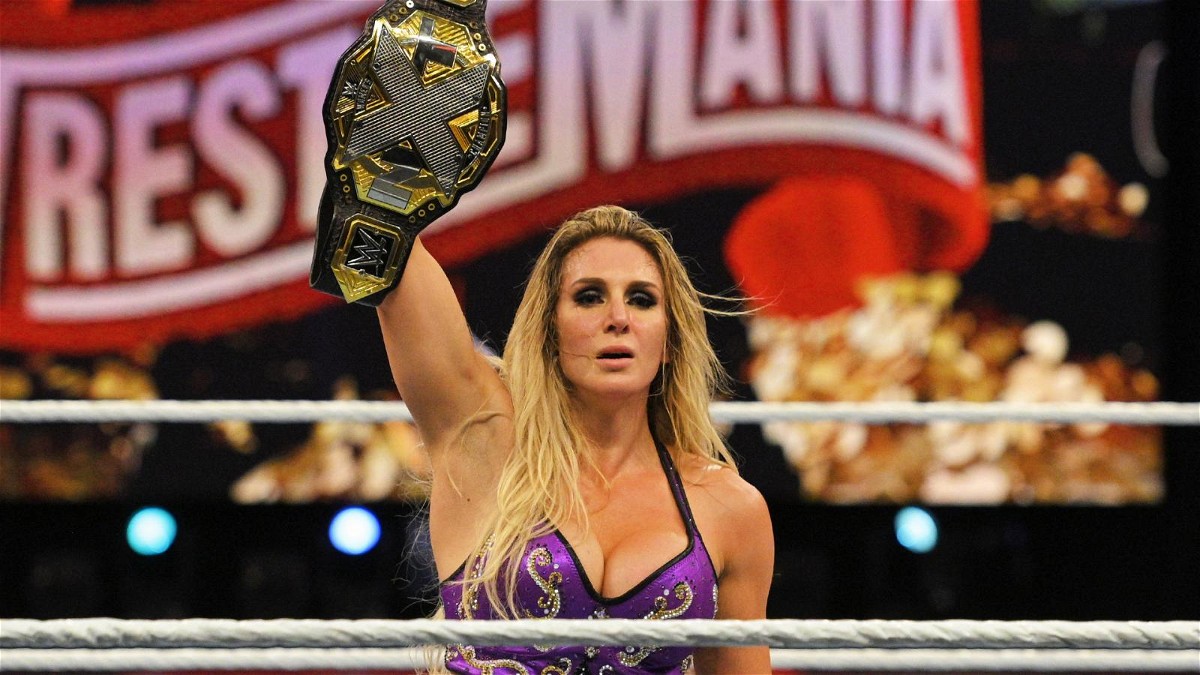 The current SmackDown Women’s champion has been the working horse in 2021. Despite being unable to wrestle at WrestleMania 37, Charlotte has been wrestling on a regular and all around the world. In August she won the RAW Women’s title for the second time that year. The Queen went on to successfully defend the title on television and during house shows until Becky Lynch and herself exchanged each other’s respective titles after the draft. If you do the math, you will realize that Charlotte has been champion since SummerSlam, just like her current top rival, Becky Lynch.

According to a report from Dave Meltzer of the Wrestling Observer Newsletter, Charlotte Flair wrestled 81 matches in 2021. This is the highest number of matches any woman has wrestled in a single year.

Charlotte Flair is hoping to kick off the new year in a huge fashion. The Queen has been on a roll lately and only time will tell if she keeps on rolling. Let’s see if the Queen breaks her own record of 81 matches this year.

What are your thoughts about Charlotte Flair? Let us know in the comments.