WWE Superstar Omos Reveals He Was Suffering From Brain Tumor; Faces Consequences Even to This Day 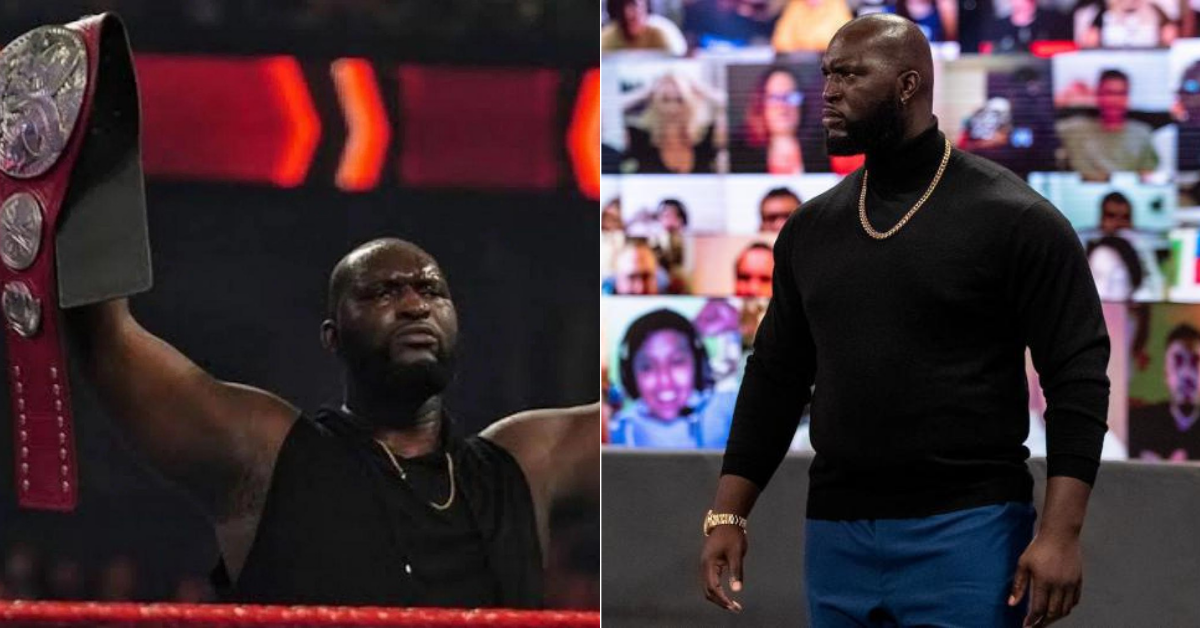 Omos is physically one of the biggest superstars in WWE history. He has been featured prominently on RAW since his debut in October 2021. The 7 foot 3 giant recently revealed that he suffered from a brain tumor in 2012.

Omos had a tumor when he was 18 years old

The Colossus Omos appeared in an interview on the Out of Character show with Ryan Satin, where he revealed a brain tumor he had in 2012 when he was 18 years old and had a rapid spurt of growth as a teenager. He spoke about growing 6 feet 11 inches in height by the time he turned 15. Omos had this to say about his medical complication.

“I walked into the coach’s office and there was the President of the University and all the doctors from the office were there. They said, ‘So this is an MRI right here of your brain. Do you see that little speck right there? You have a brain tumor. We don’t know whether it’s benign or it’s a cancerous tumor, and we’re going to have to figure out how to deal with this.”

– Omos
(via Out Of Character) pic.twitter.com/isEuZMCznw

The Colossus is still under medication

Omos revealed that he realized being powerless about his tumor and is still under medication. He went through several medical examinations, which later revealed that he was suffering from another rare disease, partial Cushing’s disease. There were medical journals released about Omos’ rare condition. His tumor had led him to several other health issues, such as thyroid problems.

Omos added, “I am taking medications to this day for my tumor to help me with my levels, so that way I don’t keep on growing. I use testosterone. I had to take testosterone to help me. Because of that tumor a lot of diseases affected me, my thyroid. It taught me a lesson that I can’t control everything. That it was completely out of my hands. There is nothing I could do. And it kind of got me down for a while. But I got used to living with it.”

Omos is a former WWE RAW Tag Team Champion, which he won alongside AJ Styles in his in-ring debut. He is now paired with MVP and feuding with former WWE Champion Bobby Lashley. The 27-year-old superstar is in the early stages of his career. His medical problems haven’t stopped him from pursuing a career in wrestling. WWE sees Omos as a potential top star for the future and has booked him strongly since his debut.

Video: Randy Orton Goes on an RKO Spree on His 20-Year WWE Anniversary