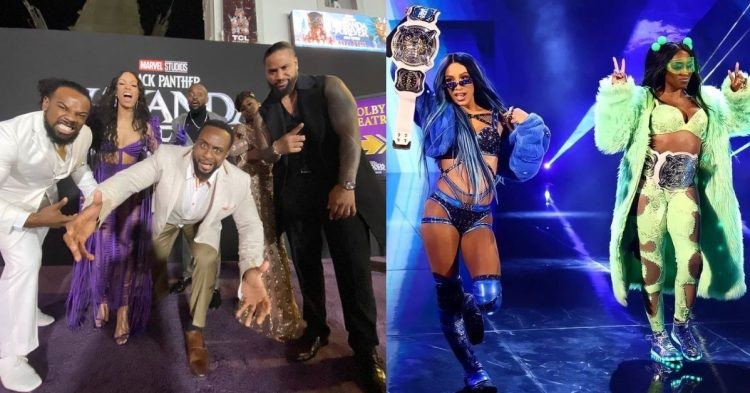 Naomi and Sasha Banks are hard at work promoting their new lives outside of the wrestling industry. Since the two of them walked out on RAW earlier this year, WWE has not seen them. With numerous ventures outside of WWE, Sasha Banks and Naomi’s schedules didn’t slow down, though.

When WILL Sasha Banks return to the ring?

Sasha Banks and Naomi left the WWE in May 2022 after growing dissatisfied with the creative crew throughout their tenure as the Women’s Tag Team Champions. Since then, there have been persistent whispers of a comeback, particularly after Triple H assumed the position of Chief Content Officer in late July. Early in August, reports surfaced that Banks & Naomi had consented to return, though it was unclear when.

The Boss recently posted a few images to her Instagram account that showed off her training with Lucha Libre Barcelona in wrestling. Fans have assumed her comeback as a result of this narrative, which has generated a lot of talks online. Sasha posted pictures of herself dressed for battle with the words “IT’S GO TIME” flashing on the screen on her Instagram account, @themercedesvarnado.

When Triple H took over the Head of the Creative team following the shift in leadership, fans began to wonder whether Sasha Banks and Naomi may make a comeback. Since the duos’ walk-out earlier this year, there have been no new developments regarding their comeback.

Although it is unknown at this time when Banks will rejoin WWE. It’s possible, though, that Banks may return at Survivor Series (on November 26) in Boston, where WWE will hold a women’s WarGames match. This would be a significant opportunity to welcome Banks back.