The Various Gimmicks of The Rock Throughout His Illustrious WWE Career 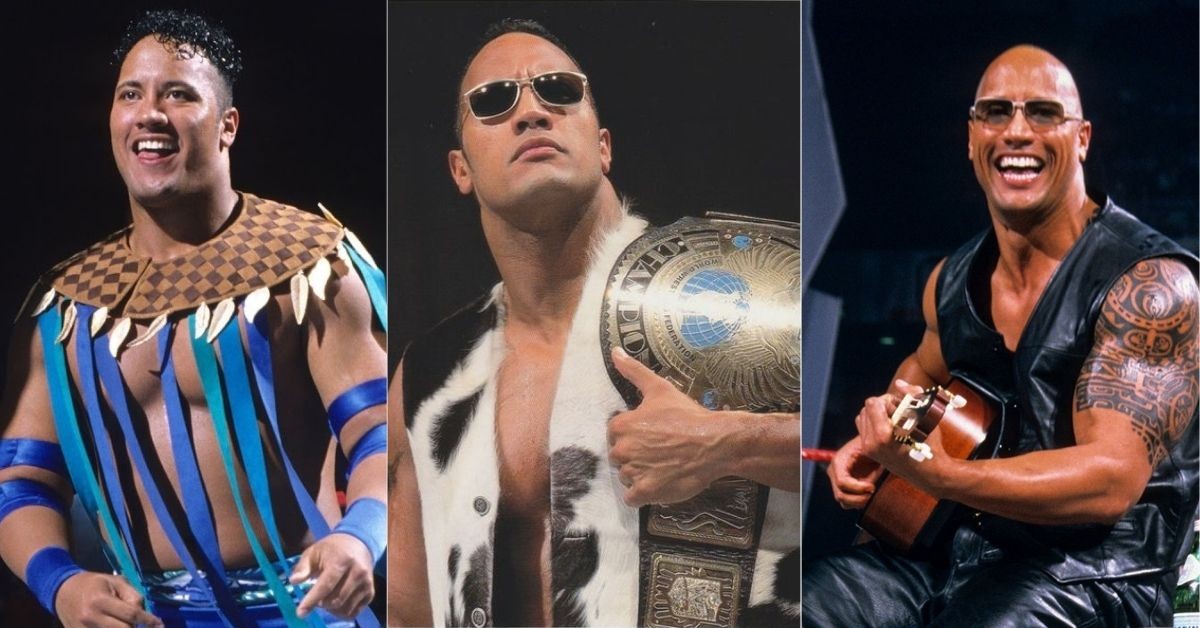 WWE superstar-turned-actor Dwayne “The Rock” Johnson recently turned 50. He is one of the pillars that propelled WWE to the next level through his sheer charisma and talent.

Happy birthday to The Most Electrifying Man in All of Entertainment, @TheRock! ???? pic.twitter.com/qYn8GjkiyV

The Rock, like most superstars, took his time to become one of the most loved and influential stars associated with WWE. Here’s a look at the different gimmicks portrayed by him during his legendary WWE career.

The third-generation Superstar debuted in 1996 with the name “Rocky Maivia.” The name was essentially a combination of his father, Rocky Johnson, and his grandfather, Peter Maivia. He debuted during the Survivor Series pay-per-view and was the sole survivor of his team.

WWE strongly pushed him as a babyface, which resulted in him winning the WWF Intercontinental Championship within three months of his debut. Fans grew tired of his babyface schtick, following which he went on a hiatus due to an injury.

5. The Nation of Domination

WWE recognized the audience’s hostility towards the “Rocky Maivia” gimmick and allowed him to turn heel. He joined the stable Nation of Domination in 1997. It was the time when he developed his signature promo style and changed his name to “The Rock.”

This was the beginning of his rise to the main event scene just a couple of years into his debut. The Rock overthrew the stable’s previous leader, Farooq, and started becoming a fan favorite.

The Rock made a significant impact after turning heel. He had gained a lot of fan support since becoming The Rock and found himself in his first-ever WWF Championship match against Mankind in Survivor Series 1998. However, he won the championship by using some bad-guy tactics.

The Rock joined the Corporation and solidified his position in the main event scene. He started wearing flashy and designer clothing to embrace his role as the Corporate Rock. Fans and pundits alike believe this version of The Rock was one of the best heel characters of all time.

The most popular WWE gimmicks of all time came in the form of  the “People’s Champion.” Shane McMahon betrayed The Rock when he joined forces with The Undertaker and the Ministry of Darkness. The fans again started to rally behind the Samoan superstar.

This version became a bonafide champion. He also had a memorable tag team partnership with Mankind as the “Rock ‘n’ Sock Connection.” They were able to capture the tag team titles three times. It was one of The Rock’s best babyface runs ever in the company.

The Rock had started his Hollywood career in the movie Scorpion King. Following this, he made his WWE return in 2003. People were eager to see their “People’s Champion,” but they got the opposite of it. He returned with an arrogant attitude due to his success in Hollywood. He started to claim that he was above the industry of wrestling.

It was a short run for The Great One, but it showcased his talent and creativity in creating a heel persona that was better than his previous one. He had memorable feuds with Hulk Hogan and Stone Cold Steve Austin during this time. The Rock eventually lost to Goldberg in Backlash 2003.

The Rock returned to WWE in 2011 after a 7-year hiatus to host WrestleMania 27. He became one of the biggest stars in Hollywood at this point. He later went on to have a year-long feud with John Cena, which culminated at WrestleMania 28. This match was termed “Once in a Lifetime.” But WWE did it again the following year.

The rock continued to use his “People’s Champion” moniker and has wrestled superstars such as R-Truth, The Miz, and CM Punk. He was able to capture the WWE Championship for the 10th time in his career.

Over the years, The Rock has made sporadic appearances for the WWE. His skills of character reinvention, charismatic promo deliveries, and impressive ring work made him one of the greats in the wrestling industry.

What were your favorite personas of The Rock? Drop your comments below.