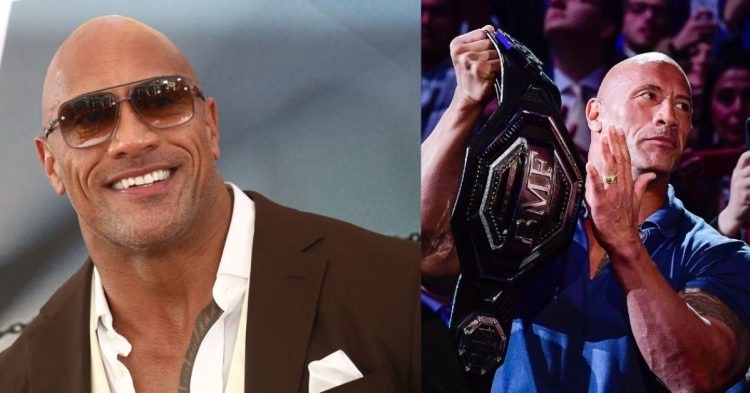 Dwayne “The Rock” Johnson, one of the most well-known actors in the world and one of the most popular WWE Superstars in the history of the company, was on the verge of changing careers ten years ago. Having departed the company to become a Hollywood movie star, 49-year-old, Dwayne Johnson is among the most successful individuals to have performed for the pro wrestling giant WWE.

The Rock tweeted that he had thought about the UFC ten years ago and had imagined Greg Jackson as his trainer. He said, however, that he avoided the Octagon after he “wised up” since he wanted to keep his “jaw intact.”

UFC Unfiltered was told by Johnson, “I thought, man, I achieved everything I wanted to achieve in WWE, my movie career is floundering a little bit, what do I do?… I thought, oh well, maybe UFC,” “In my head, I felt like it was at least a two-year process for me to even get in the [cage], let alone the UFC. I wasn’t quite too sure what to do or what kind of people to put around me at the time, so the idea kind of fizzled out and I continued to stay on the path of movie-making.”

Despite his enormous success, he often wonders what his life may have been like if he had decided to enter the octagon.

If The Rock had ever tried mixed martial arts, at six feet and five inches tall and 260 pounds, he would have been a heavyweight. On ABC, the actor, however, said the following: “I would have gotten my face smashed in and I like my jaw where it’s at.”

The Rock expounded on the idea of his transitioning from sports entertainment to combative sports in a different tweet. He claimed that when MMA was just getting started, he thought about his alternatives. “There was a point in 1997 where I considered going to Japan to train to begin an MMA career when my wrestling career was failing miserably.” The Rock said, “I also realized quick I actually hate being punched in the kisser.”
Other WWE stars like CM Punk, Bobby Lashley, Dave Bautista, and Brock Lesnar did make the switch from professional wrestling to the Octagon, though with very different outcomes.
Tags: Dwayne JohnsonThe RockUFCWWE
Previous Post