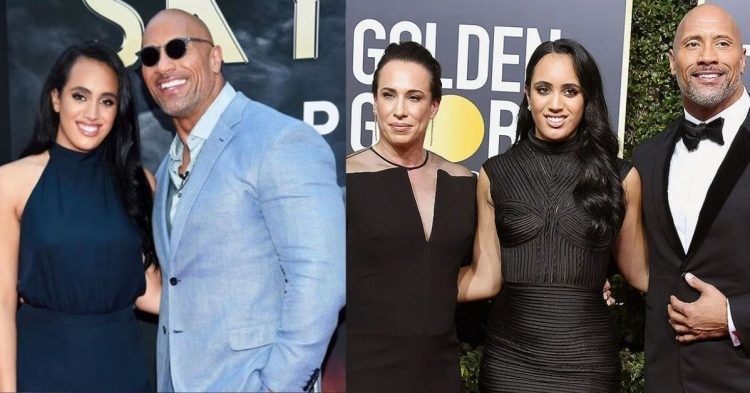 Who is Simona Alexander Johnson's Mother and Dwayne Johnson's Ex-Wife

Dwayne “The Rock” Johnson’s daughter, Simone Alexandra Johnson, is a famous American model. She is the firstborn child of Dwayne “The Rock” Johnson, a WWE legend, and she is ready to continue her family’s legacy. She arrived at the WWE Performance Center to start her training in the year 2018, and she is the first fourth-generation Superstar in the company.

“Triple H”, executive vice president of talent, live events, and creative, said in a statement. “Not only does Simone now have an opportunity to cultivate and display her passion for WWE within the Performance Center, but she’ll carry on the tradition of her incredible family lineage while creating her own impact as WWE’s first fourth-generation Superstar.”

Simone is the firstborn of Dwayne Johnson and his ex-wife Dany Garcia. The couple announced their amicable divorce on June 1, 2007. In May 2008, the divorce was legally finalized. Dany Garcia is an American entrepreneur, producer, and IFBB professional bodybuilder.

The CEO and chairperson of The Garcia Companies. TGC Management, Seven Bucks Companies, Teremana Tequila, Athletic, the Project Rock Collection at Under Armour, VOSS, Atom Tickets, Salt & Straw, ZOA Energy, Acorns, and the XFL are all companies founded by Garcia. She is also the founder of GSTQ.

The Rock and his relations with ex-wife Dany Garcia

Dwayne Johnson and Dany Garcia remain close friends despite getting divorced in 2008. They have stayed close friends and did an excellent job of raising Simone Johnson, their daughter.

Garcia and Johnson are business partners because she served as his manager before becoming his global strategic advisor. Together, the two have had great success. Two of their most well-known businesses are the XFL and Seven Bucks Production.

In an Instagram post, Dwayne Johnson complimented his ex-wife Dany Garcia. The trailer featured a scene from Young Rock’s forthcoming second season. He also praised Arlyn Broche, who played the series’ Dany, for her performance.

Dwayne wrote the post’s caption “Very cool and surreal casting of @danygarciaco for our NBC’s YOUNG ROCK!!” “Dany and I first met at @univmiami many moons ago, in the Miami weight room when the women’s crew team would workout at the same time as the football players. Helluva combo ”

“Fast forward to today ~ as Dany is now Chairwoman and founder of multiple companies – as well as my Global Strategic Advisor for my Seven Bucks Companies and enterprises ” “What a road we’ve traveled of big dreams, extremely hard work, and many life lessons stumbles along the way….”

Dwayne and Dany have managed to keep their personal lives aside and support their daughter Simone Johnson in every situation.