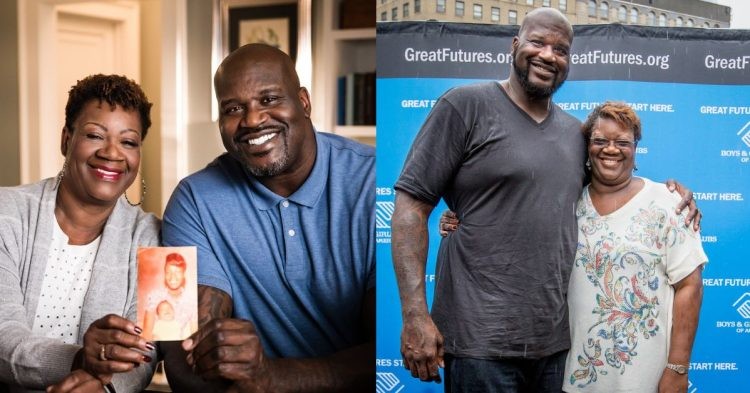 Shaquille O’Neal was one of the best NBA players during his time. The way he carried himself on the court won millions of hearts as he gathered a huge fan following. If that wasn’t enough, Shaq‘s principles have caught the attention of many. The former NBA star has addressed various aspects of his life after retiring from the NBA in 2011.

One of the things that Shaquille has always prioritized is family. He is a big family man and is never shy to show that he always puts his beloved family first. Recently, he revealed the rules he set for his children, both in their dating lives and careers. In addition to that, Shaq has always been quite open about his love for his mother, Lucille O’Neal. In the past, he has revealed that she was the motivating factor for him when he was a player.

In an interview with Anas Bukhash, Shaq was asked to describe Lucille in one word. He said, “Perfect. Perfect. Double perfect. [She means] the world. I’m a calm person because of her… I know if I do something crazy, she’s going to be the first to see it, and I don’t want her to ever see me acting crazy.”

“She’s the controller of the calm button…If she wasn’t around, I don’t know how I would be. I tell people all the time like ‘you’re lucky my mother here, because I will punch you right in your face right now’. Thank you, always tell her thank you,” Shaquille added.

Shaq was always an energetic character on the court, and off it as well. The former LA Lakers star always got into it with many opponents. If that wasn’t enough, he even got into a fight with Kobe Bryant once.

However, Shaquille mentions that Lucille keeps him grounded and calm. In the past, he has also revealed that he would want his mother to smile when she saw him on TV. “I would always picture my mother sitting, watching me on TV, so I said to myself, ‘Ok, I gotta do everything positive so when she sees it, she smiles.”

It seems like Shaq’s love for his mother is not surprising because she raised him as a single mother when his biological father, Joseph Toney left their family. Shaquille’s appearance may cause many to look at him as if he was intimidating, but he might be a soft person at heart after all.