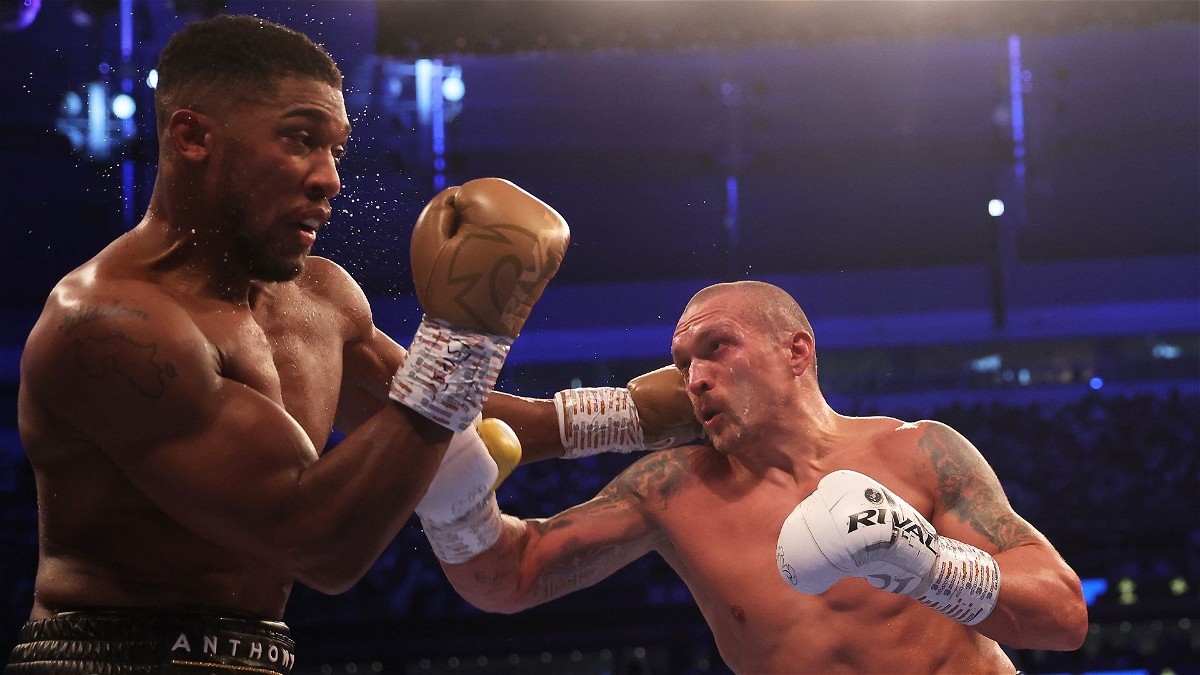 Oleksandr Usyk showed just why he is one of the greatest boxers of all time. The former Olympic gold medalist and the former undisputed cruiserweight champion Oleksandr Usyk dominated Anthony Joshua for the better part of 12 rounds to pick up a comfortable decision win over Anthony Joshua to become the new WBA (Super), IBF, WBO, and IBO heavyweight champion of the world.

Going into the bout, many feared for Oleksandr Usyk’s significant height and reach disadvantage. Additionally, the fact that Joshua was the heavier boxer, and Usyk is a considerably small opponent compared to Joshua meant that Usyk was going to have a tough fight. However, that was not the case as Oleksandr Usyk annihilated the reigning WBA (Super), IBF, WBO, and IBO heavyweight champion Anthony Joshua in the 12 round bout.

Oleksandr Usyk looked like the stronger boxer since the beginning. He came out aggressive, and his quick movement on the feet made it incredibly difficult for Anthony Joshua to come out with anything effective against Oleksandr Usyk.

Usyk hurt Joshua in the third round, sending the British boxer on wobbly feet. Usyk then hurt him again in the seventh round and looked absolutely dangerous throughout the course of the 12 rounds.

The left hook wins this fight for Usyk #joshuavsusyk #boxing

While Anthony Joshua did have his moments in the middle rounds, it was always Usyk who seemed to be one step ahead of AJ. While Joshua dominated the mid-rounds, Usyk did not only start strong but almost stopped AJ in the 12th round. With such a strong finish to the fight and via domination, Oleksandr Usyk picked up a comfortable unanimous decision win. The judges scored the bout 117-112, 116-112, 115-113 in the favor of Usyk.

“This means much for me, a lot,” Usyk said in the post-fight interview. “The fight went exactly how I wanted it to go. There were a couple of moments where Anthony pushed me hard, but nothing special.”

Speaking on the doubts that boxing fans had before his heavyweight move, Oleksandr Usyk proved to the critics that he is here to stay, and right now, is probably the pound-for-pound king. “You didn’t see the best Usyk, I can be better.”