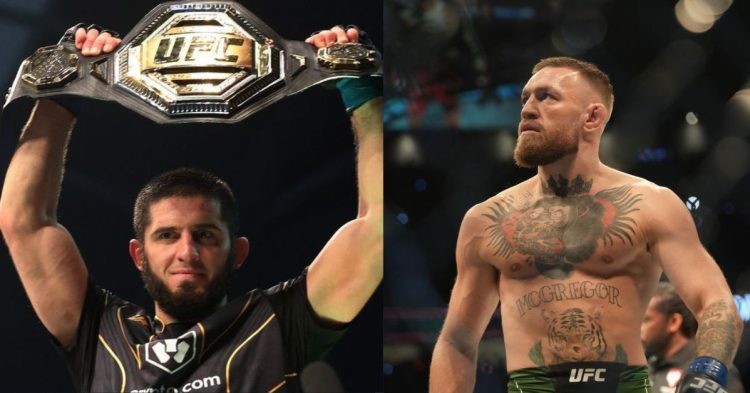 The ‘Notorious’ Conor McGregor has been out of action for more than a year after he suffered a horrific leg break at UFC 264 that led to his second consecutive loss to archrival Dustin Poirier.

Although it seems like McGregor has fully recovered from the injury, his return inside the octagon doesn’t seem to be happening anytime soon. Following the conclusion of UFC 280, McGregor was quick to react to the main event, calling out the newly crowned UFC lightweight champion Islam Makhachev in his own unique way. In a series of tweets that are now deleted, McGregor played down the Makhachev hype and claimed that he has developed the required tools to defeat a fighter like Makhachev.

In one of the tweets, McGregor wrote “Nice fight. nice performance. I have built all the tools to beat this style now Vs b4. Experience Vs. Face breaking shots from clinch and baby brain batter shots from bottom. And the rest of my repertoire yous know. Steel left leg. Cannon back hand. Wrist control.”

McGregor didn’t stop here and further took shots and Khabib and his father, “I have the system to hurt this style of fighting guys I am telling you. Bro is a sh*t jocks. Fat mouth shut your mouth you done nothing tonight except go against father’s wishes and run. It’s not fathers plan completed yet, pal. You know. Your people know and they talk about you.”

When will Conor McGregor return inside the Octagon?

Conor McGregor at a time was one of the most tested athletes in the UFC but now it seems like he is the only active fighter in the organization that has not been tested by USADA in a year. What does that mean? Conor McGregor cannot fight for at least another six months. That is certainly surprising considering the progress he had made in his leg recovery and almost looked ready to step inside the cage.

Now as it a stands, if McGregor wants to compete and actually back all the bold claims he makes, he will have to get on USADA’s testing pool immediately and stay there for at least six months. If McGregor ever decides to step inside the octagon again, without a doubt it would be one of the biggest comebacks in UFC history. Few weeks ago McGregor himself confirmed that his comeback would be at the 170lbs division although no potential opponent was suggested.