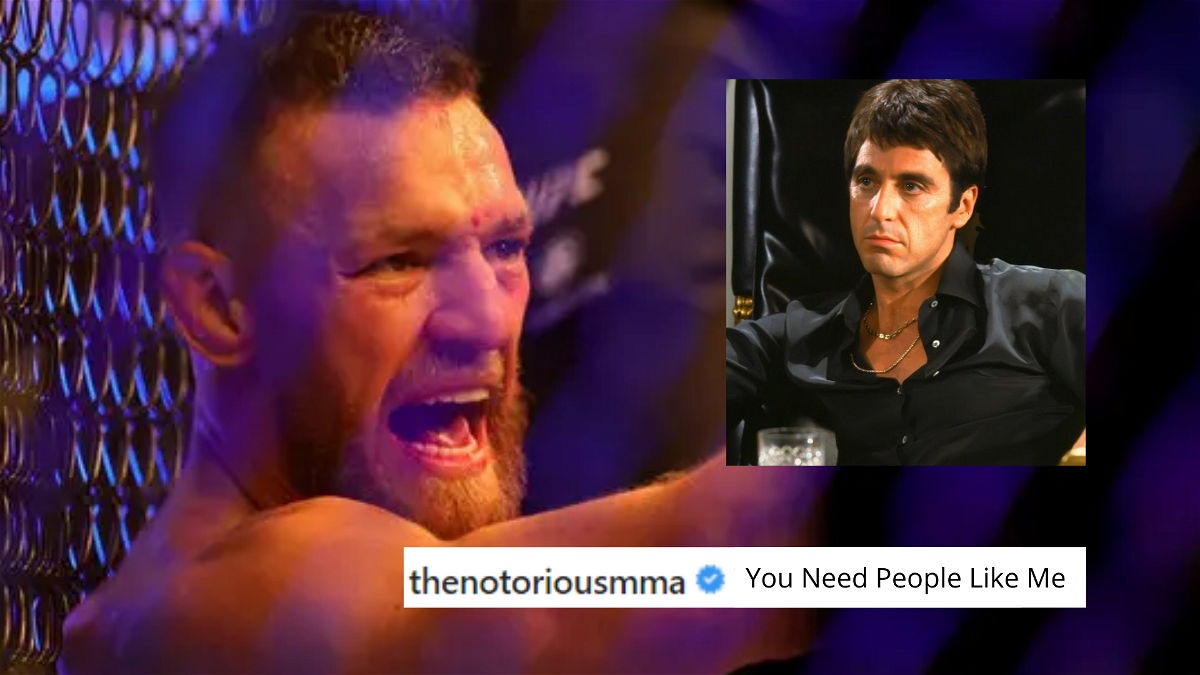 There’s no denying that Conor McGregor is one of the biggest names in the history of combat sports entertainment. The former two-weight champion has often been compared to the likes of Mike Tyson and Oscar De La Hoya in terms of the kind of crowd and marketing that he brings to the sport of MMA. However, off late, McGregor’s brash attitude, and his notorious persona have received a lot of criticism, so much that even after suffering a vicious leg injury at UFC 264, there were only a couple of fighters who took to Twitter to wish well for the former champion.

Needless to say, McGregor has made a habit of trash-talking his opponents to a level where he seemingly takes a mental edge to win the fights. McGregor’s rise in the UFC is backed by the same mentality and while he walked the talk at one point, a row of recent losses has put McGregor on the backfoot with fans and fighters alike taking every chance they get to trash Conor McGregor.

In a sharp reminder to Al Pacino’s incredible role in the movie Scarface, McGregor reminded fans and fighters that the world of combat sports needs him more than he needs the sport.

In an honest short note on social media platform Instagram, Conor McGregor revealed quite remarkably why he is the way he is. The sport needs it, the UFC needs it, and despite whatever, it gets the fans excited and keeps the promotion on the top. It won’t be wrong to say that much of UFC’s success is directly owed to McGregor who has been able to take the sport to heights once just dreamt of.

Should Conor McGregor be held accountable for what he says in the lead-up to a fight?

The fight business is tough, and there’s a reason why UFC president Dana White is called a promoter. White’s job is to promote fights, and thereby promote its fighters. However, McGregor stands out as someone who has been able to help the UFC reach new heights just because of his ability to promote his fights.

In a sport that is wild, with fighters stepping inside the Octagon in an attempt to knock each other out, beat them on the ground, or submit them with vicious holds and chokes, McGregor’s trash talk becomes another part of the promotional business and it has paid off.

While McGregor stands responsible for what he says, one must also understand that it’s the business, and just like every other fighter, McGregor is also earning his bread and butter. While one may not like his trash talk, his success, the business, and the fact that Dustin Poirier earned the biggest pay-day of his life speak volumes of the facts that it definitely works.

Also Read: “It Was a Very Risky Move For Him”- Dana White Did Not Like Conor McGregor Pulling Guillotine Against Dustin Poirier in the Trilogy