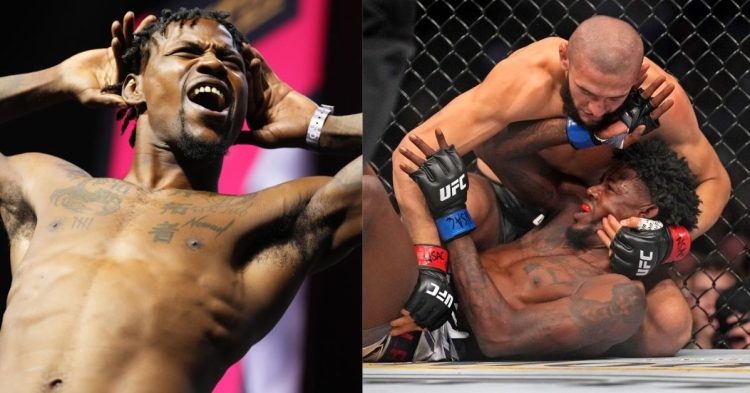 Kevin Holland announced to the world earlier today that he has retired from mixed martial arts. Last seen against Khamzat Chimaev in the co-main event of UFC 279, Holland took to Instagram to inform the fans about his decision to step away from the Octagon.

Soon after the announcement, thoughts started pouring in with many fans refusing to believe the Trailblazer. Meanwhile, Derek Brunson also took to Twitter to share his opinion. Brunson opined that Khamzat Chimaev is the main reason that Holland announced his retirement from MMA only to receive a huge backlash from fans around the world.

At 29 years of age, Holland has competed in 32 professional MMA bouts with just 8 losses to his name. Holland has never been knocked out, and the loss against Khamzat Chimaev was just his second submission loss in the UFC and his third stoppage loss of his career.

Kevin Holland was scheduled to take on Daniel Rodriguez on the main card of UFC 279. However, after a weight debacle that saw Chimaev miss weight for his much anticipated five-round fight against Nate Diaz, Holland was paired opposite Chimaev for the co-main event.

Ain’t Kevin make more in this one fight than you have in your whole career? 😂

Fans took to Twitter to once again appreciate Holland’s decision to step in on short notice and for saving a card that almost looked like a dull show. Soon after his decision to take the fight against Chimaev, fans started chiming in about how Holland could shock the world and give a tough fight to Chimaev.

You such a hater bruh 😂

Oh you mean the same way Jared Cannonier elbowed you into a coma??

However, that wasn’t the case as Chimaev dominated Kevin Holland, picking up a first-round submission victory. Be that as it may, fans did not leave Holland’s side and credited him for accepting the fight. And now, they have once again teamed up against Derek Brunson, who joked about how Chimaev “knocked” Holland into retirement.

Holland and Brunson have shared the UFC Octagon in the past. The duo shared the cage back in March of 2021 where Brunson triumphed over Holland with a comfortable unanimous decision win in a five-round fight.

Holland would later go down to the welterweight division, while Brunson would have his hopes for the middleweight gold crushed after dropping a TKO loss to Jared Cannonier. There are no reports about the possible next fight or next step for both Brunson and Holland.