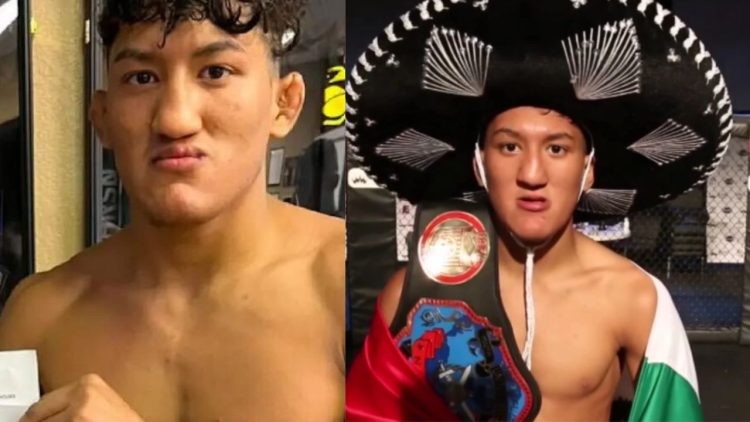 Raul Rosas Jr is set to be youngest UFC fighter.

American mixed martial artist Raul Rosas Jr. is on the cusp of making history. The Mexican will make his appearance on Dana White’s Contender Series 55 at just 17 years of age.

Who will earn a UFC contract? ✍️ pic.twitter.com/YTh1E9QSvp

Raul “El Niño Problema” Rosas Jr. announced his DWCS week 9 bout against Mando “El Toro” Gutierrez, set for Sep. 20. Should Rosas Jr. (5-0) can pull off a UFC contract-worthy performance against the 25-year-old Gutierrez (7-1), he will make history as the youngest UFC fighter ever.

If Rosas is able to impress White and earn a UFC contract, he will break the previous record for the competition’s youngest fighter, featherweight Chase Hooper. Hooper, a Contender Series alumni got his big break at the age of 19.

The Nevada Athletic Commission in Las Vegas grants fighting permits to competitors under the age of 18. However, in Raul’s case, special requirements will have to be met. According to state law, fighters below 18 years of age must have their application for a license reviewed by the commission.

Everything We Know About Raul Rosas Jr.

For starters, Rosas is trained by his father, Raul Rosas Senior. Most likely Rosa’s application will feature signed parental permission from his dad and endorsements from MMA figures.

The 5-0 undefeated bantamweight teen hails from Santa Rosa, CA, and trains out of 10th Planet Las Vegas. Previously, Rosas Jr.’s professional MMA bouts have been in Mexico’s UWC promotion, where he has accumulated four submission victories and one knockout, resulting in a perfect finish rate.

Should Rosas get the victory on Tuesday, he will be able to make his debut in the UFC. Since he turns 18 in October, we believe his first UFC bout will be after that. Let us know your thoughts on the Mexican prodigy in the comments below.