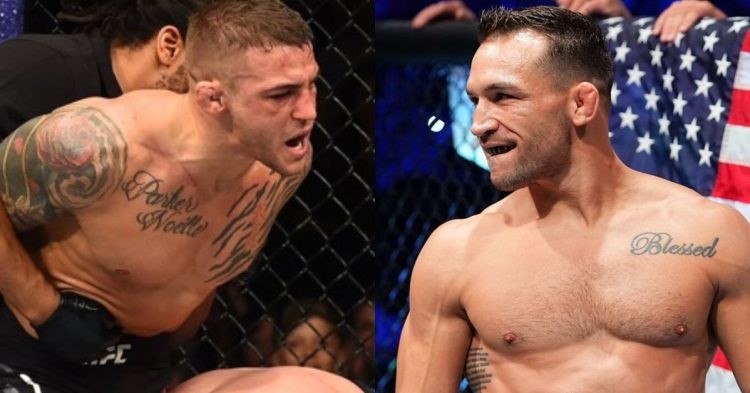 The highly anticipated UFC 276 has kicked off with some intense action and fans inside the T-Mobile Arena in Las Vegas are enjoying every second of the PPV. Subsequently, there are several celebrities like Chris Pratt and UFC fighters like Valentina Shevchenko, Dustin Poirier, and Michael Chandler who are in attendance to witness this blockbuster card.

During the breaks in between the fights before the main card, lightweight contenders Michael Chandler and Dustin Poirier had to be separated from each other after they engaged in a expletive filled verbal altercation. A fan  recorded a video which was uploaded on TheMacLife channel where The Diamond was blasting Chandler by saying “You’re a fake mother*****r, I’m gonna f**k you up.”

Guards present inside the arena made sure that the two rivals were kept away from each other as they exchanged some heated words. Chandler’s comments on Poirier during this altercation were unclear due to the background music. Moreover, there is no information available regarding how the entire verbal banter started.

UFC CEO Hunter Campbell was present during the altercation and it looked like he was having fun after watching this banter between two of the biggest superstars of the 155-pound division.

How did the rivalry between Michael Chandler and Dustin Poirier start?

After this heated verbal argument at UFC 276 between Michael Chandler and Dustin Poirier, it would be interesting to see if the UFC matchmakers will book this lightweight matchup. Owing to the fact that these two lightweights have been going at each other for a long time on social media. 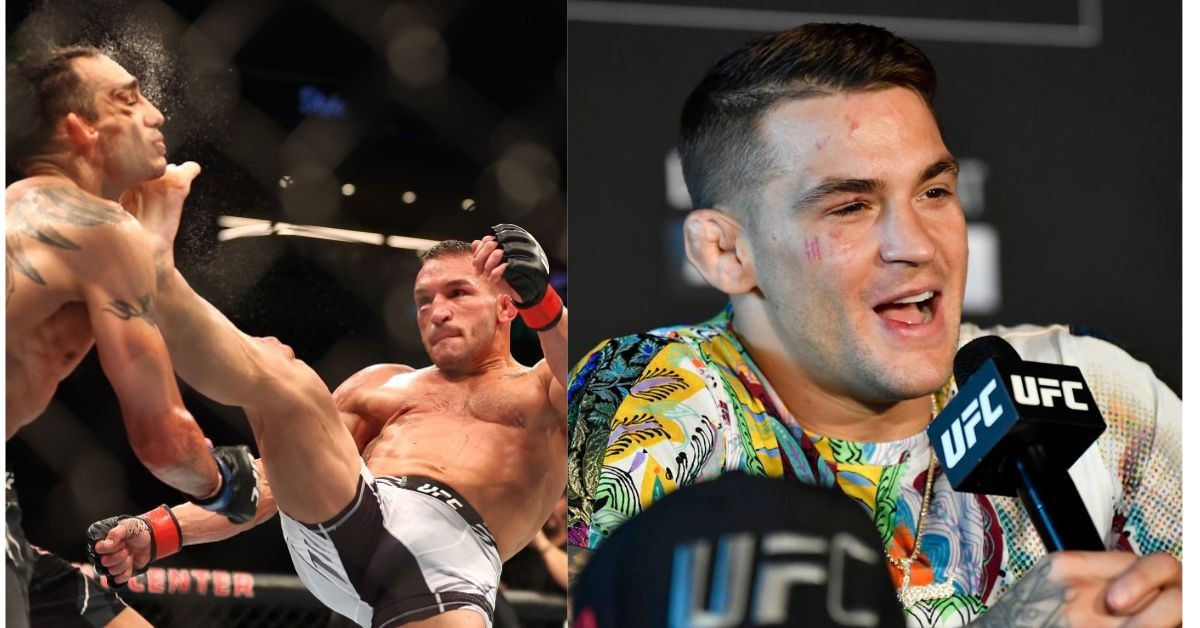 This entire back and forth started after Chandler didn’t mention Poirier’s name in his callout after knocking out Tony Ferguson. Moreover, to make matters worse The Iron publicly criticized Dustin Poirier in several interviews by alleging that he is not a big draw and also called him a quitter.

Thereafter Poirier came up with his own response and the two lightweights have taken a dig at each other on social media on various occasions. However, their heated verbal banter cooled off as they were rumoured to fight different opponents. But now that this incident has taken place, the likelihood of a Poirier vs Chandler has increased significantly.