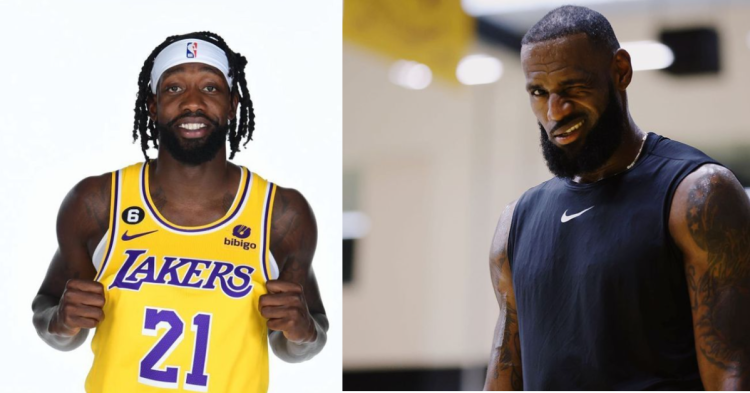 Patrick Beverley is one of the defensive forces in NBA to be reckoned with. Beverley has been a member of the NBA All-Defense Team thrice. He is known for his intense style of play and uses his indomitable physicality to the best of his abilities.

However, with his physicality and hot-headedness, Beverley has also been involved in several altercations on the court. He was infamously suspended for shoving Chris Paul during a playoff game in 2021. Nevertheless, Beverley instantly impacts the defense of a team. He is also known for locking down opponents during the most crucial moments of a game.

Beverley was traded to the Los Angeles Lakers during the off-season trade in 2022. However, he was extremely optimistic about this trade, as he finally got the opportunity to play with LeBron James. He even described his favourite moment in the NBA as when he ‘locked down’ LeBron during a playoff match to win the game.

In a recent interview with media, Beverley held James in high regard as to what makes him so special:

Beverley on playing off LeBron: “It’s just high IQ basketball. Knowing screening angles. One thing I have learned (about LeBron) … elite passer. One of the best to ever do it, from his height, his size. When you look up the ball will be right there on your chest.”

“It’s just high IQ basketball. Knowing screening angles. One thing I have learned (about LeBron James) … elite passer. One of the best to ever do it, from his height, his size. When you look up the ball will be right there on your chest.”

Beverley went on to praise James when he replied as to whether he was looking forward to play with James, stating:

“It’s just high IQ basketball. One thing I’ve learned about him seeing through the game; he’s an elite passer. Probably one of the best to ever do it.”

“To be able to have him here, when you talk about every single night, we’re going to compete, that energy is going to come from Pat Bev.” https://t.co/EQigM7qpDq

Beverley is eagerly waiting for the season to begin, as they have their eyes set on the Larry O’ Brian Trophy this year.