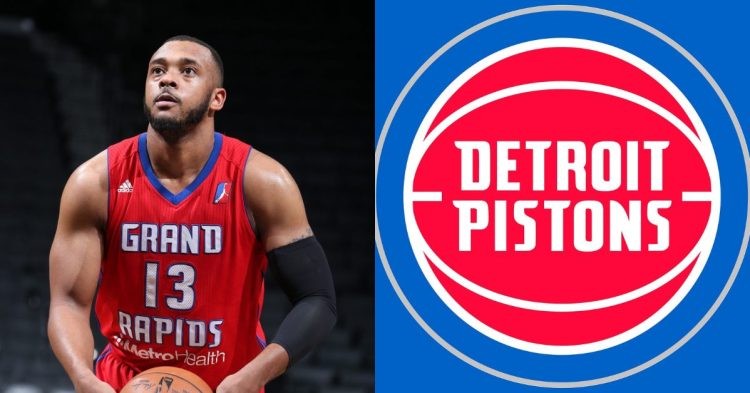 It was seemingly another day of hoops in the NBA G-League on March 24, 2018, with a series of games being played. One such game was between the Grand Rapids Drive and the Long Island Nets. Grand Rapids Drive, then-G League affiliate of the Detroit Pistons, was gearing up for the playoffs, looking to close the regular season with a win against the G-league affiliate of the Brooklyn Nets.

The game had been hard-fought, but the Drive was apparently coming out on top. With under a minute left till the final buzzer, they were up three with a score of 97-100. But right then is when something shocking happened.

As they were trying to run an offensive play, Drive forward Zeke Upshaw suddenly collapsed on the court. As play stopped and team staff and medics ran over to check on him, Zeke showed almost no movement. He was subsequently carried off the court on a stretcher to the hospital where he was declared dead after two days.

What was the cause of Zeke Upshaw’s death?

Zeke was rushed to Spectrum Hospital in Grand Rapids, Michigan to be placed under physician care. Seven minutes after collapsing, paramedics had begun cardiopulmonary resuscitation in the ambulance. However, his heart did not begin beating again until 40 minutes later, in the hospital.

On March 26, 2018, two days after he collapsed, Zeke passed away in the hospital, at the age of 26. After the autopsy, it was revealed that he had a sudden cardiac death. His team, Grand Rapids Drive, sent out the following statement, quoting Zeke’s mother, Jewel Upshaw:

Later, it was also learned that Upshaw had prior cardiac abnormalities that his family did not know of. According to the Detroit Free Press, he had fainted a year before and had been diagnosed with hypertrophic cardiomyopathy, which is thought to have contributed to his death along with overexertion.

Was NBA to blame for Zeke Upshaw’s untimely death?

On May 30, 2018, Upshaw’s parents sued the NBA, the Detroit Pistons, the SSJ Group, the Grand Rapids Drive, and the DeltaPlex Arena for wrongful death. His mother alleged that the medical crew at the game had lacked the necessary expertise to treat his son, who could have been saved if he was given proper care on time.

The NBA and the Detroit Pistons settled the lawsuit with Upshaw’s family on July 2019. The NBA G League postponed the first round of the 2018 playoffs out of respect for Upshaw, and on March 29, the Detroit Pistons offered him an honorary call-up for their game against the Washington Wizards.

Before moving to Hofstra for his final year, Upshaw played three seasons at Illinois State. He averaged 19.9 points per contest there. Before the Drive selected him in the fourth round of the 2016 NBA Developmental League Draft, he played in Europe. Zeke scored 11 points in his final game and helped his team secure a 101-99 home win.