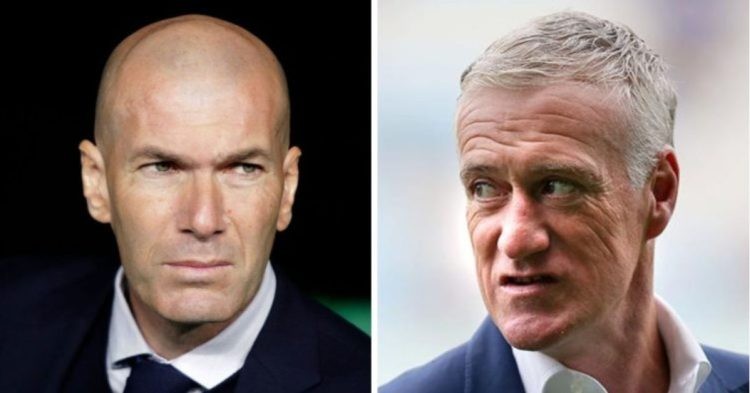 In a major blow to fans of an iconic footballer and manager Zinedine Zidane, the French Football Federation (FFF) announced on Saturday that they had extended the national team coach Didier Deschamps’ contract for an additional three years. This decision gives Deschamps the opportunity to lead the French side at the 2024 European Championship and the 2026 World Cup in the Americas.

The 54-year-old coach, who was due for contract renewal in 2022, successfully directed the French team to victory in the 2018 World Cup and a second-place finish in Qatar. Noel Le Graet, the head of the FFF, has expressed his desire for Didier Deschamps to remain the coach of the French national team.

Deschamps was appointed in 2012 to replace Laurent Blanc, and soon after he led France to a runner-up finish in the 2016 European Championship. Then in 2018, Deschamps achieved a remarkable feat by becoming the second person to lead a nation to a FIFA World Cup victory both as a player and a manager, a feat shared only by Mario Zagallo and Franz Beckenbauer.

It appears that Zinedine Zidane’s hopes of succeeding Didier Deschamps at the end of the tournament in Qatar have been dashed. Although his future plans remain uncertain, the former Real Madrid manager will surely have a wealth of opportunities to choose from as he looks to get back into coaching.

Can Zinedine Zidane take over Tite at Brazil?

L’Equipe, a French publication, has suggested that Zinedine Zidane could be the ideal candidate to fill the vacancy left by Tite’s resignation as the manager of Brazil’s national team. This comes after Brazil was eliminated from the World Cup in the quarter-finals, leading to Tite’s exit and leaving the Brazilians in search of a new coach. It is believed that the Brazilian Football Association would prefer to bring in a foreign manager to take the helm.

Mauricio Pochettino, Thomas Tuchel, and Rafael Benítez have been mentioned as potential candidates for the Brazil job. Since departing from Real Madrid in May 2021, Zidane has been without a job and his name has been associated with several positions, including Manchester United, prior to the hiring of Erik ten Hag.