Zion Williamson has been in the spotlight recently because of a lot of reasons not related to play on the court. That has affected how his future for the New Orleans Pelicans might change.

Everyone expects a high caliber superstar like Zion to want out from a small market team. For the sake of money and endorsements obviously. But stars don’t make that move until at least the end of their rookie contract extension, giving a team nearly 7 years to make a championship caliber team around him.

The New Orleans Pelicans have been unable to put together the right elements to make Zion Williamson and his family happy, per @TheAthleticNBA

"Multiple sources have told The Athletic that certain family members want Williamson on another team." 😳 pic.twitter.com/6kfWYLqX4V

However, reports say that Zion Williamson’s family have not been kept content by the Pelicans organization. A family plays a key role in many NBA Player’s decision on where they want to spend the rest of their career. New Orleans is a fun city and have been recently spoiled by one superstar to another. But they don’t want the same thing to happen to Zion that happened to AD.

It’s been only 2 years since Zion’s arrival. And this was the first season he played a good majority of. His performance was so elite that he was considered as one of the All-NBA Snubs. Averaging 27 points in just his second season is crazy. The Pelicans will try everything to keep him and his family happy.

Even though Zion played amazingly this year the Pelicans failed to make the playoffs. Brandon Ingram and he averaged over 23 points per game which is really good for a young team. Lonzo Ball stepped up massively and really showed everyone the potential he had whilst getting drafted. He upped his 3 point and Free Throw percentages whilst averaging 15 points 6 assists and 1.5 steals.

But, Ingram is an isolation player and Zion needs the ball in the paint to be effective. They both cannot play off of each other. They also got Steven Adams and Eric Bledsoe this year which kind of hurt them. Steven Adams was good but adds even more to the spacing problem they have. Eric Bledsoe was Awful and clearly the Bucks have gotten better since getting rid of him. The Pelicans have also fired Stan Van Gundy meaning Zion Williamson will have his 3rd coach in 3 seasons. 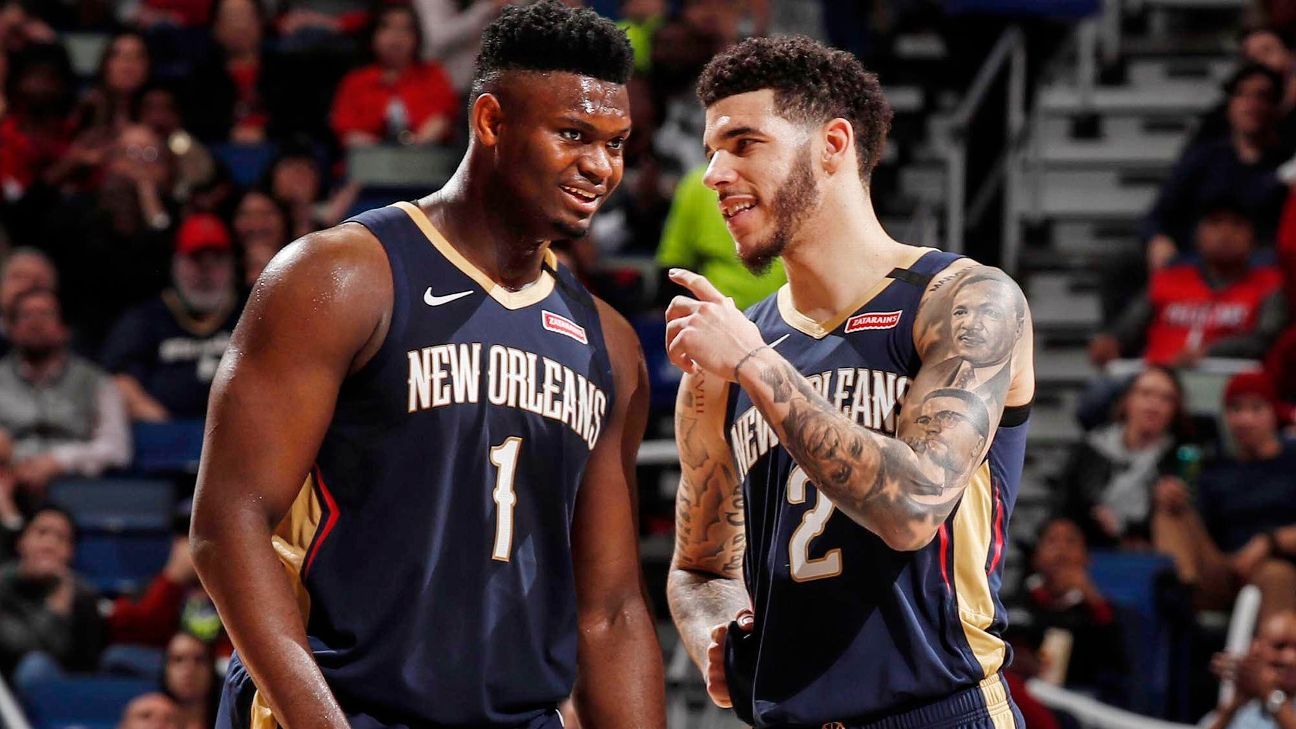 And because the Pelicans did not extend Lonzo he will be a restricted free agent. Reports suggest that if some team offers him a good amount of money, the Pelicans will not match the offer. That will break the Lonzo Ball and Zion Williamson partnership which is one of the bright spots of this Pelicans team. If the Pelicans want to keep Zion happy they need to fix these things before it’s too late.

Where would Zion want to go to?

Zion Williamson would probably move to big market team. The one that fits the timeline the best will be the New York Knicks. The Knicks would trade their whole team for a big name star like Zion. They would even consider throwing in their all-NBA forward Julius Randle after his awful performance in the NBA Playoffs. The Knicks also have Zion’s best friend and former college teammate R.J. Barrett who have stated that they would want to play with each other someday.

Zion Williamson told us that he and RJ Barrett have discussed teaming up in the NBA a lot.