Why Was Andrew Tate Arrested? Did Tate’s Pizza Box Reveal His Location? 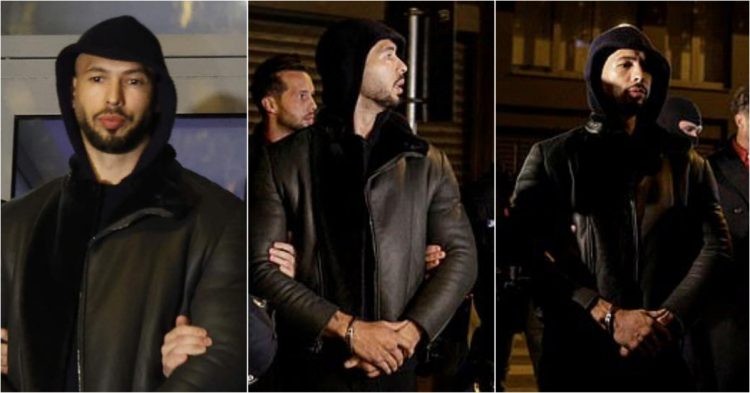 Controversial life guru and former kickboxer Andrew Tate has been detained in Romania. Reports are coming out that Andrew, along with his brother Tristan Tate, has been apprehended by the Romanian police with charges of human trafficking. However, this is not the first time this particular allegation has come up against Andrew.

According to reports from Romanian news outlets, Directorate for Investigating Organised Crime and Terrorism (DIICOT) also raided Tate’s villa. The report also adds that two women were rescued earlier this year in April. While one woman was Romanian, the other was an American. They reportedly claimed that Andrew and Tristan apparently held them up against their will.

Andrew Tate and his brother Tristan have reportedly been arrested in Romania in connection with human trafficking allegations. pic.twitter.com/Oy2DwVDqep

On that particular occasion, The Tate brothers were let go after mere interrogations. However, the matter seems much serious this time as Andrew and his brother were pictured in handcuffs. They are reportedly under investigation for allegedly overseeing a criminal group, that used women for making pornographic videos.

Did Greta Thunberg have a role in the detention of Andrew Tate?

Andrew Tate and Greta Thunberg recently rocked the world either their rivalry. Tate decided to tag Greta on his Twitter account, in an attempt to troll the Swedish climate activist. However, Thunberg also retaliated, which got the whole world talking about Andrew Tate. But, never the one to admit defeat, Top G decided to film a rebuttal video.

The world was curious.

And I do agree you should get a life ❤️ https://t.co/mHmiKHjDGH pic.twitter.com/SMisajQRcf

In the the video, he was wearing a Versace robe and had a cigar. However, he also had a pizza box right infront of him. The pizza box was reportedly from a Romanian shop. There are reports circulating online that the pizza box ultimately proved fatal for him. Apparently, the pizza box assured the Romanian authorities about his location and it led to his detention.

Andrew Tate’s video in response to Greta Thunberg allowed Romanian authorities to confirm he was in the country, and arrest him in human trafficking investigation, due to the pizza chain shown in the 2-minute rant. pic.twitter.com/RJzwJvZVaP

Tate’s spokesperson did not have much to add, as it is still an active case which is under investigation. However, they issued a statement to Daily Mail and added, “We cannot provide any details at the moment regarding alleged reports that they have been detained; however, Andrew and Tristan Tate have the utmost respect for the Romanian authorities and will always assist and help in any way they can.'”

Although they are in custody of the police, there is no word on whether or when they will get a bail. Tate previously admitted to running a webcam business where attractive women used to lure in men, who needed companionship. It reportedly earned them a lot of money as well.

What is your take on the reported detention of Andrew Tate? Let us know in the comments down below.