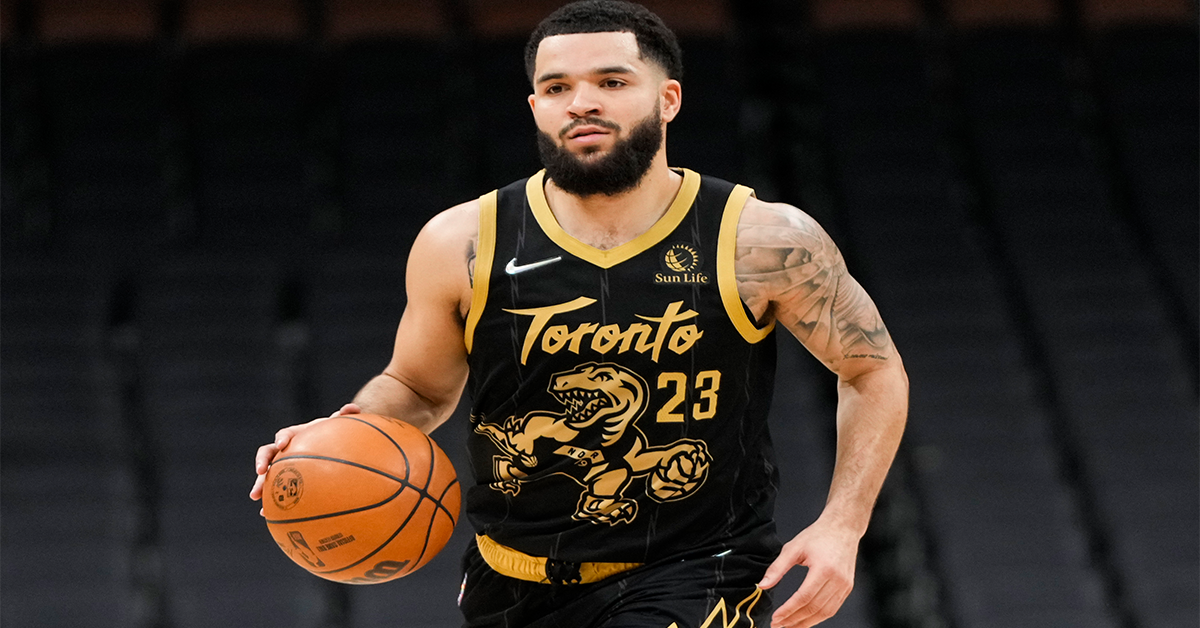 Fredderick Edmund VanVleet also known as Fred VanVleet is a point guard for the Toronto Raptors in the NBA. From being undrafted to an NBA All-Star, Fred has done it all. He has rightfully earned the nickname ‘Steady Freddy.’

VanVleet had support from Pascal Siakam and they have proven that they can lead a young team maturely. Fred has averaged 21.5 points, 4.7 rebounds, and 7.1 assists per game this season. Here is everything you need to know about this first-time All-Star

Fred VanVleet kickstarted his basketball player at Auburn High School in Rockford, Illinois. He was a key player in the school’s 22 game winning streak in 2012. Fred has been known for his loyalty and he chose to stay with the Rockford Amateur Athletic Union club.

He received various offers from Colorado State, Northern Illinois, Detroit, and even Kent State. Fred however took the advice of his step-father and accepted to play for Wichita State. In his freshman year, he put up 13 points and a clutch basket against Gonzaga. His 12 points came up against Ohio State.

Fred began to rise in his sophomore year. He helped the 2013-14 team to a 31-0 regular season. During his sophomore season, he found his name in many prestigious categories. His junior and senior years were no different.

Fred VanVleet received a $20,000 offer for two years from many teams that were interested in drafting him. However, Fred decided to reject those teams. The draft day happened and Fred VanVleet went undrafted. He decided to play in the 2016 Summer League with the Raptors. The goal was simple, he had a three-game contract and he had to make the Raptor’s squad. In 2018, his dream came true. Fred VanVleet signed a multi-year deal with the North.

The job was not done yet, He had to compete with a number of guards for the final spot on the roster. Fred made his debut on the 9th of November, 2016. He was extremely successful in the G-league and helped the Raptors905 win the G-league championship. His rookie year also saw him earn an NBA Sixth Man of the Year Award nomination.

Fred signed with the Raptors in 2018. The Beginning was a little rough. Fred suffered an injury to his left thumb. It kept him out of play for three weeks. The Raptors had successfully made it to the 2019 NBA Playoffs and at this time, Fred VanVleet was a key bench player. He found success in game 5 of the Eastern Conference Finals against the bucks. He put up 21 points and 7 three-pointers. Fred’s performance gave the Raptors a lead in the series.

The Raptors had made the NBA finals for the first time in franchise history. Fred Vanvleet played his whole heart out. He played through having a chipped tooth and seven stitches.

The one thing about Fred VanVleet is his determination to finish the job. Fred played a key role in the defensive strategies for Stephen Curry. In-game 6 of the NBA  Finals, Fred VanVleet scored a playoff career-high 22 points. His performance alongside Kawhi Leonard, Kyle Lowry, and Pascal Siakam led to the Toronto Raptors winning their first-ever NBA title.

Fred VanVleed- The Leader of A Rebuilding Raptors Squad

The 2019-2020 season saw the rise of Fred VanVleet in the NBA. He played alongside Kyle Lowry and Pascal Siakam. Fred scored a career-high 34 points in the season opener. Due to Covid-19, the NBA season was suspended.

After the season re-started, Fred VanVleet was on fire. He helped the Raptors reach the playoffs. VanVleet became the first Raptor to record 30 points and ten assist in a playoff game. He also joined Chris Paul, Damian Lillard, Stephen Cury as the only players to have 30+ points, 10+ assists, and 8+three pointers in a playoff game.

In 2020, Fred VanVleet signed a four-year $85 million deal with the Toronto Raptors. Fred VanVleet had an amazing 2020-2021 NBA season. Fred VanVleet set a franchise record with a made three-pointer for 39 straight games. He also scored a career-high and Franchise high 54 points against the Orlando Magic.

Fred knew he had to lead a team whose core is young. A team that was rebuilding. Fred VanVleet Bet on himself and he has done a great job so far. In 2022, Fred recorded his first career triple-double and also received his first All-Star call-up.

Greatness is earned, not given.

Fred VanVleet was born to Fred Manning. Fred’s father was killed in 1999.  Fred is happily married and has a beautiful family. His daughter was born on the 29th of January in 2018 and his son on 20th May, 2019.

Fred VanVleet has proven to become an extremely talented player in the league. We can only hope that Fred continuous to play like this and guide the Raptors to a championship again.