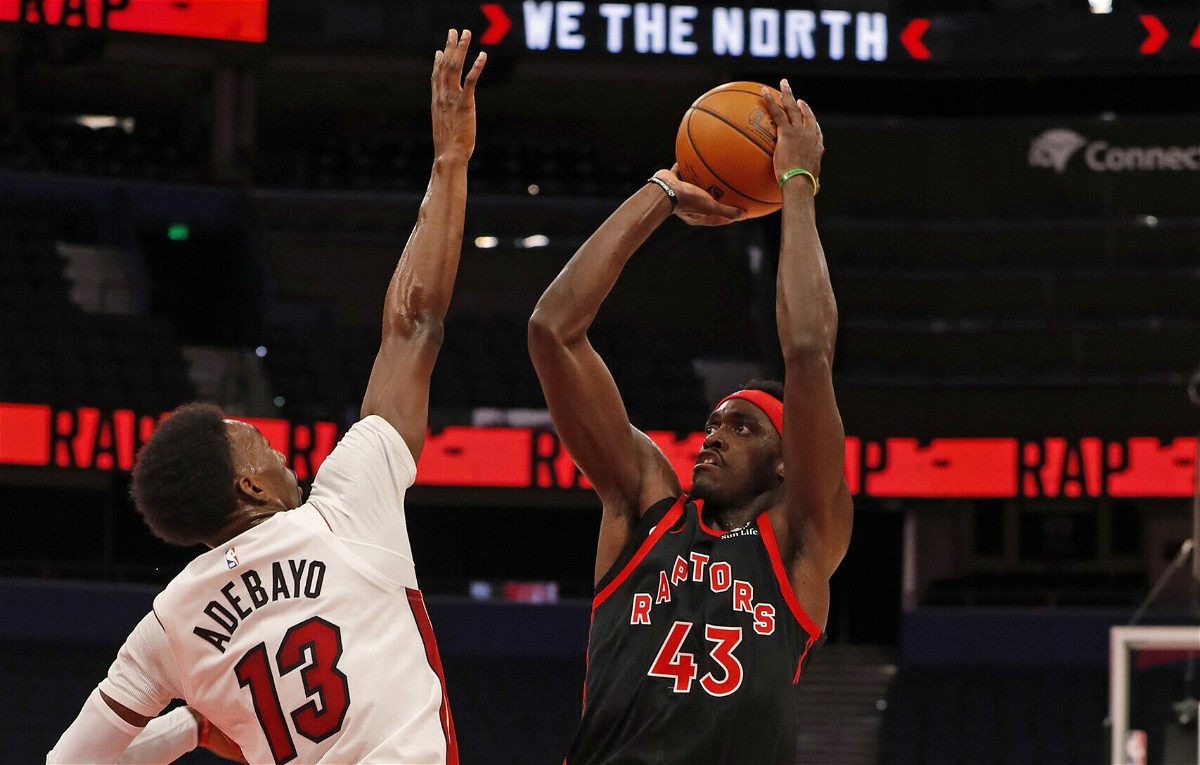 The Miami Heat battle the Toronto Raptors at Scotiabank Arena for the third time in the 2021-22 NBA season. Both teams have won one game each, in the regular-season series. Toronto defeated the Heat on 30 Jan in a 124-120 overtime victory. Whereas, Miami took down the Raptors on 18 Jan in a 104-99 victory.

The Toronto Raptors have been a consistent team through January. They have a record of 11-6 record in the month, the Raptors have improved to 25-23 on the season as the eighth seed in the East. Toronto is averaging 106.1 points, 44.0 rebounds, 22.8 assists, 9.3 steals and 6.0 blocks per game while shooting 42.8% from the field. Their opponents have averaged 106.8 points per game.

Fred VanVleet is having close to an all-star season as he is scoring 21.5 points per game and averaging 4.7 rebounds for the Raptors. Pascal Siakam has shown glimpses of his MIP winning season as he is averaging 22.2 points and 8.3 rebounds over the last 10 games. Toronto’s blocks leader is Chris Boucher, with his 1.1 blocks per game. Whereas Gary Trent leads the team averaging 1.9 steals a game.

The Miami Heat have been one of the most successful teams this season, even without their full roster. The Heat enter this game on a two-game losing streak as they lost the Celtics and the Raptors. In the last ten games, Miami has a record of 6-4, averaging 109.4 points, 43.3 rebounds, 26.8 assists, 8.8 steals and 4.1 blocks per game while shooting 45.5% from the field. Their opponents have averaged 109.1 points.

Make that another triple double for Jimmy ???? pic.twitter.com/Yn8TgcUabd

Tyler Herro is shooting 42.0% and averaging 20.1 points. He also adds 4.9 rebounds per game and four assists per game for the Heat. Jimmy Butler is averaging 19.1 points over the last 10 games for Miami but he is set to miss this game. Duncan Robinson leads the Heat in shooting from beyond the arc, averaging 3.1 made threes per game.

The Toronto Raptors have good momentum going into this game against the Miami Heat. Miami is banged up and could be without Jimmy Butler on Tuesday. If Butler can’t go that would be a big deal, as he scored 37 points in the Heat’s loss to the Raptors on Saturday.

Similarly, the Heat has a chance of missing PJ Tucker and Kyle Lowry, who provide an offensive and defensive impact. Hence the Toronto Raptors are clear favourites to win this game and will most likely win their second game against Miami.

How to watch Toronto Raptors vs Miami Heat?

The Miami Heat vs Toronto Raptors game will be locally broadcast on SN. The game will also be available on the NBA’s League Pass platform.