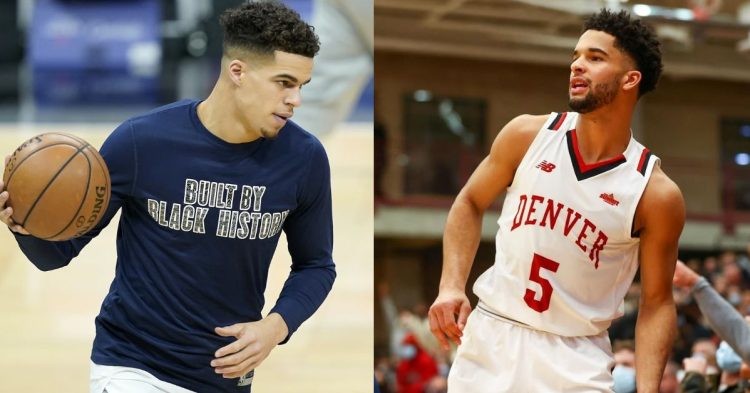 Not many NBA fans will know much about Coban Porter. He is a young basketball player and is in a heap of trouble after being arrested for Vehicular Homicide. One would be interested to know that Coban is the younger brother of Denver Nuggets star Michael Porter Jr.

Considering that an innocent person was killed in this horrific car crash, this has brought quite a lot of heat down on the Porter family. NBA fans must certainly want to know more details on how this unfortunate incident went down. With that being said let us take a look at how the events transpired.

Coban Porter was arrested on the University of Denver campus

Michael Poter Jr is a talented player in the NBA. He was drafted by the Denver Nuggets back in 2018 and has developed quite well over the years. He has averaged 16.2 points, 5.7 rebounds, and 1.1 assists this season with his team carrying them to the top position in the Western Conference. Needless to say, Nikola Jokic and Jamal Murray along with several others also played a role in their team’s record.

Porter Jr’s younger brother Coban also plays basketball for the University of Denver. Coban is only 21 years old and a normal college student. However, this reckless incident has now changed his life forever.


According to the reports that came in, Coban was driving a car and killed a person on Sunday morning. He was soon arrested on the campus site as the accident left one of the drivers dead. The University of Denver sent out a statement as soon as people found out about the accident.

“This is a tragic and heartbreaking situation, and our deepest sympathies are with those involved in the accident, their families, and friends.”

It is unclear at the moment what kind of punishment Coban will face. After all, he is 21 years old and considered an adult by law. According to some of the reports he was arrested. However, he was soon given bail and allowed to go back home. He has not shown up for college games or things of that nature.

JUST IN: @DenverPolice confirm the arrest of Coban Porter in connection with an early morning deadly crash. He’s the brother of Nuggets star Michael Porter, Jr.

Coban is facing a vehicular homicide charge. He’s bonded out of jail.

We hope that the legal system is fair and impartial in this situation, remembering that an innocent person lost their life in this process and that their family will never be the same again.