What Went Wrong For Yoel Romero on His Bellator Debut Against Phil Davis? 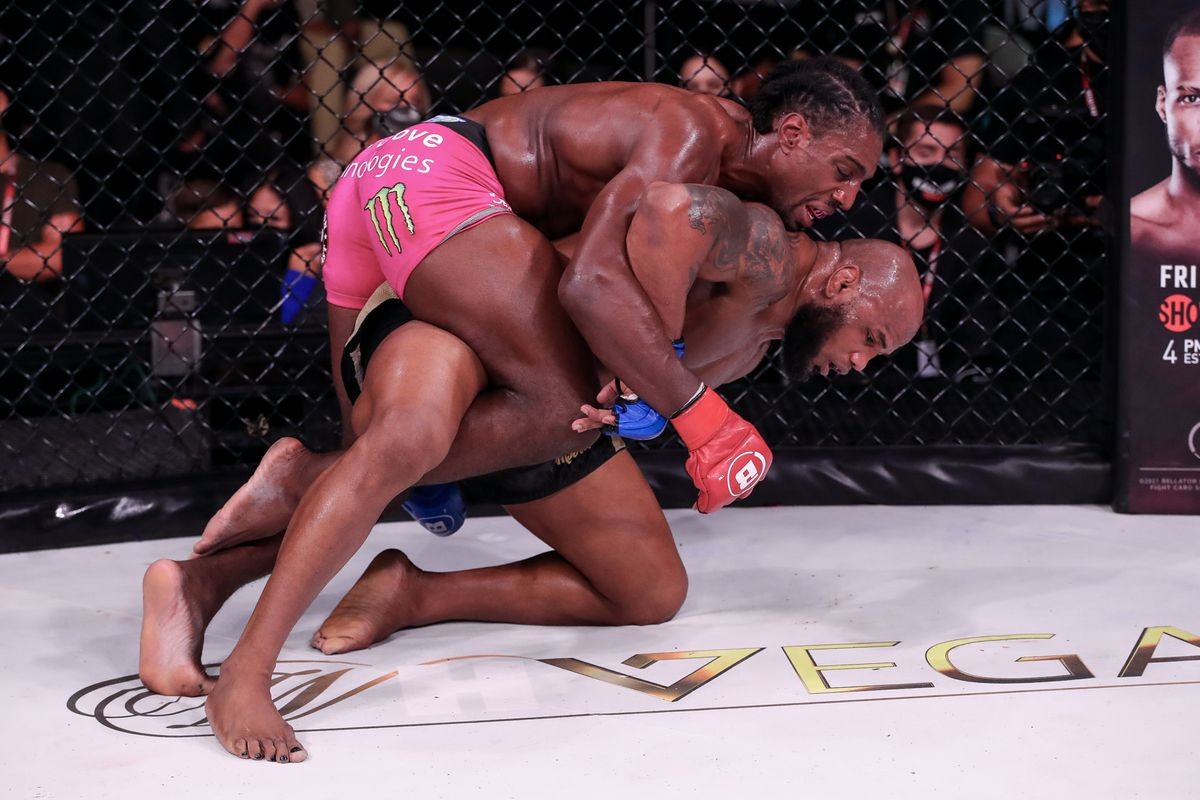 Yoel Romero moved up to light heavyweight and fought a tough opponent in Phil Davis. It was a risky move for Romero to move up and fight Davis on his Bellato debut as he had the size and reach disadvantage. Besides that, Romero has been competing in the middleweight division for most of his career.

Though fans were waiting for a special performance from the Soldier of God Phil Davis ruined the Bellator debut for Romero.

Phil Davis secured a comfortable decision win against Romero at Bellator 266. The first round was competitive and Romero landed some heavy strikes. Romero was even landing some deadly calf kicks early in the fight.

However, Phil Davis started checking the kicks and that had a huge impact on the fight. Phil Davis used his superior wrestling and dominated Romero in the third round to win the fight.

Though Yoel Romero is an accomplished wrestler with an Olympic silver medal he is not a good MMA wrestler. He has always struggled to take elite opponents down such as Robert Whittaker and Israel Adesanya. We have also seen Derek Brunson outwrestling Yoel Romero in UFC.

Besides that, Phil Davis had a significant weight and size advantage over Yoel Romero, which played a big factor in the wrestling and grappling exchanges.

Well, this loss does not mean the hype behind the Bellator journey of Romero is over. But, he will need to move down to the middleweight division.

There are some exciting matchups for Romero in the light heavyweight division of Bellator. However, he is on 4 fight losing streak at the moment. So Romero needs to get back on the winning column in his next fight.

The good thing is he did not take a lot of damage in his fight against Phil Davis and can have another fight before the end of 2021.