“Let Me Repeat for the f****ng Billionth Time. I did Not Buy an Island” – Dana White Rains Down on Jorge Masvidal

by Adit Chauhan
in UFC
0 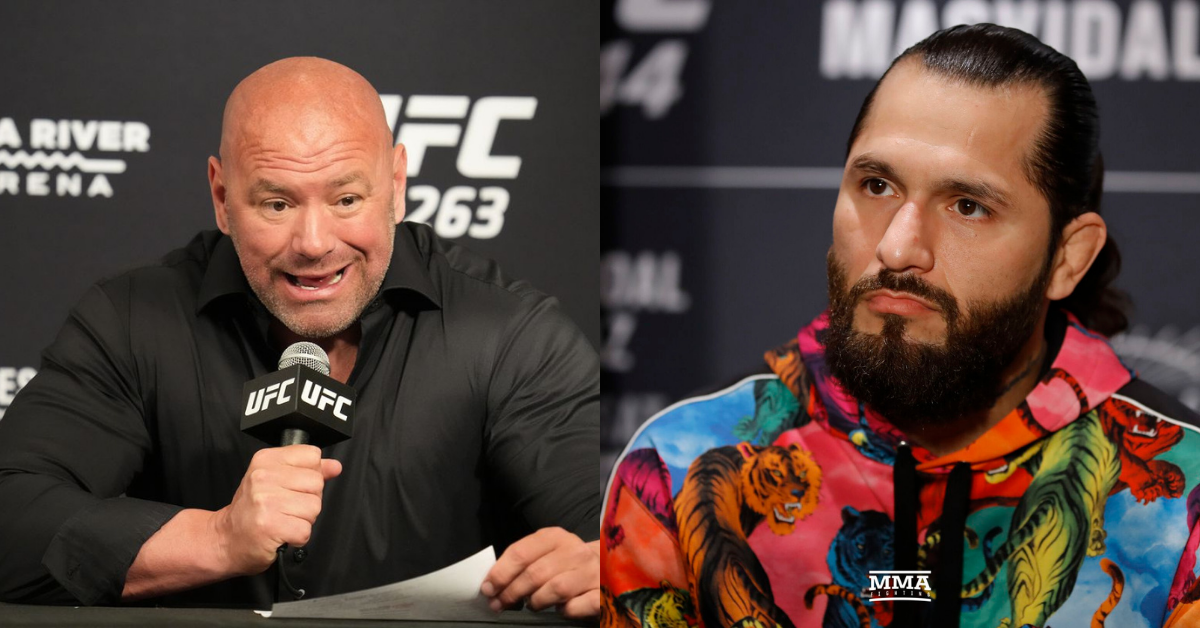 Jorge Masvidal demands his release from UFC after failure to negotiate pay for his much anticipated fight with Kamaru Usman. It doesn’t look like everything is at peace for UFC right now. Despite accrediting humongous success for reopening the sport, and successfully managing to conduct several events over the past month, UFC is struggling to come to negotiations regarding fighter’s pay. Just last week, Jon Jones and Dana White had a lot of back and forth over negotiation dispute regarding Jones’ decision to jump heavyweight and fight Ngannou. When the negotiations failed to find both the teams at the same platform, Jones decided to vacate the title belt.

And now, Jorge Masvidal has also decided to go all guns blazing against UFC, accusing the company of playing games with both the fighters. After brilliant performances against Ben Askren, Darren Till, and Nate Diaz; Gamrbred Masvidal was all set to fight Kamaru Usman for the title belt. However, for one reason or the other, the fight was halted despite both the fighters calling each other out on social media. Usman explained how Masvidal was asking for an absurd amount of money, while Masvidal mentioned that Usman was the reason why the fight is not taking place. There was also a point where Kamaru Usman called out Conor McGregor for the title belt, while Masvidal offered Nate Diaz to run the BMF fight once again.

In a series of tweets, Jorge Masvidal showed his disappointment over the entire situation, and even claimed that UFC is playing with both the fighters.

Why make me fight for half of what I made on my last fight cause the other dude can’t draw?

Don’t tell me about a pandemic when reports today show highest stock market has ever been. Everybody getting back to work and you buying an island. Stop playing us and the fans #theawakening

Dana White hit back at Jorge Masvidal who claimed that UFC giving an excuse with the pandemic going on doesn’t make sense.

Not long ago, Dana White had mentioned how Jon Jones couldn’t have picked a worse time for asking the kind of money he was asking. Masvidal’s tweet could be supposedly adding on to the same comment made by Dana White. Dana White’s Fight Island has been the talk of the town since it was first announced, however, he has repeatedly mentioned that he hasn’t bought the island. He is making sure fights happen on the island, so that fighters from other nations can come and fight.

“Why Make Me Fight for Half of What I Made?” – Jorge Masvidal Demands His Release From the UFC